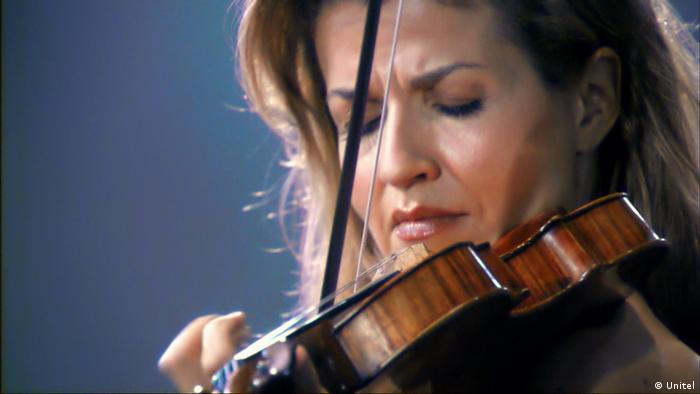 In an open letter on Sunday, international music stars said it was "unimaginable" that quick German state aid had been offered to businesses such as Adidas and dentists while self-employed, trained musicians and artists faced a drastic drop in income over the next eight to 12 months.

Also a signatory was copyright and culture sector lawyer Miriam Kellerhals, on behalf of further [unnamed] artists in "many cultural sectors," the paper reported.

Their letter demands that, at the very least, state-subsidized institutions such as theaters, opera houses and concert halls should provide freelance artists with the income they would have otherwise received for events canceled due to the COVID-19 pandemic.

Monika Grütters, Germany's federal minister for culture and media, told the periodical Politik & Kultur in early April that she was "heartbroken" to see Germany's "great cultural landscape" forced to a standstill by the pandemic.

Grütters promised her staff was seeking "good solutions" among an array of rescue schemes but adapted to fit the needs of freelance cultural and creative professionals.

"I have intensively sensitized key federal ministers, especially the economy, finance and labor ministers, to the situation in cultural and media sectors and pleaded vehemently for proper consideration of artists' interests," Grütters said, adding that this had flowed into "direct immediate help for solo self-employed."

But on April 7, the Alliance of Freelance Arts, representing 18 branches, replied that freelance and solo artists and their small business teams had "hardly any" access to such federal measures.

"This is due on the one hand to the lack of federal guidelines on the recognition of work-related living expenses as business or employment expenditures and on the other hand to the fact that the [16 German] states tend to interpret administrative leeway to the disadvantage of freelance artists," said the alliance.

Already, the German Music Council (Deutscher Musikrat/DMR) had demanded a monthly basic income grant of €1,000 ($1,088) for "all freelance creative professionals" over the next six months.

"It is crucial that help now be provided quickly and without bureaucracy," said the DMR, citing a survey it ran in March as Germany's pandemic shutdown took effect showing that 98% of previously scheduled music activity had been canceled.

Aside from indoor and outdoor performances, many musicians also teach freelance at Germany's 930 communal music schools, which normally cater to 1.4 million pupils. During the lockdown, some are trying online tuition.

Martin Krüger, the president of the nationwide VdM music schools federation, stressed than even before the pandemic freelance music teachers were providing "a large part of the instrumental and vocal lessons in our country."

"In most cases, they are not or only rudimentarily secured socially and, with their gross annual income, often find themselves in an employment situation that can already be described as precarious," he said.

Of this, 35% was spent on theater and music, followed by 18% on museums and public galleries and 14% on public libraries. Almost half came from local councils.

Moscow churches have been closed to worshippers during Orthodox Easter celebrations to slow the spread of COVID-19. Though many churches across Russia will stay open, for some the move crosses a line. (17.04.2020)