Coronavirus: A magic moment for social media? | World | Breaking news and perspectives from around the globe | DW | 19.04.2020

Social distancing is mandatory these days, and those looking to connect with others during the COVID-19 pandemic are turning to social media sites. Have they suddenly become a force for good? 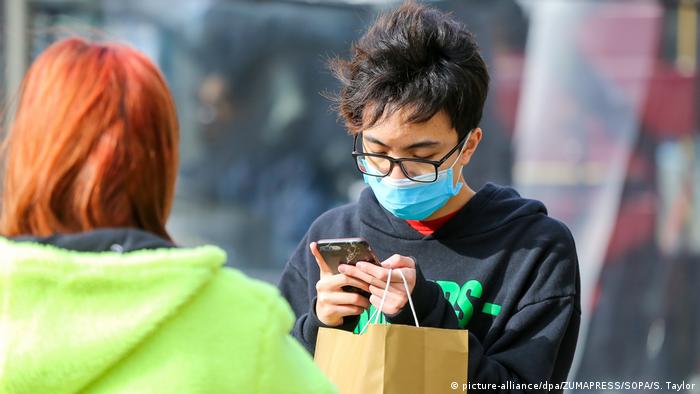 Empty, silent, boring — the world's cities are deserted. The coronavirus pandemic has brought public life to a standstill: spring break has been canceled, birthdays and concerts, too. Restaurants, cafes, bars and clubs have all been shut for the duration.

Obliged to stay inside, people are instead keeping busy at home. And thanks to social media, much of that activity is being shared with others. Suddenly, living rooms have been transformed into TV studios or sports arenas — allowing people to have fun and keep each other company virtually.

These home activities are often linked to hashtags, like #stayathomechallenge or #toiletpaperchallenge.

Others don't require things like athletic ability or toilet paper, that most valuable of commodities. In the #pillowchallenge, participants fashion an outfit by cinching a pillow to their waist with a belt, take a picture and share it online.

Even Hollywood actress Halle Berry got in on the action with this classy look. 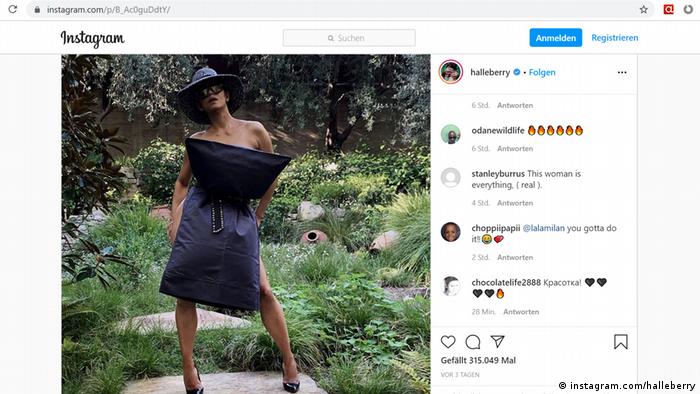 These campaigns "inspire people to get creative, to get active and get them to do something different," said Tobias Dienlin, a media psychology researcher at the University of Hohenheim in southern Germany, adding that they "let people bring a ray of sunshine into their lives." He told DW that such activities provide a temporary respite from the doldrums of the depressing and sometimes stressful situation of being trapped inside.

Other challenges, however, have more educational aims, though they haven't necessarily been packaged that way. Some photos and videos, for example, have been produced with the intention of getting people to wear face masks or wash their hands properly. And if a video of dancers making hand movements suggesting good hygiene can make people laugh at the same time, all the better.

There are also a number of other campaigns that seek to offer real world support, such as those helping to get food to senior citizens, a high-risk group during the pandemic.

Jan-Hinrik Schmidt, an expert in digital interactive media and political communication at the Leibniz-Institute for Media Research, doesn't think so. He says social media sites are no different from the time before the pandemic; the only thing that's changed is the way media outlets are reporting on them.

"We usually focus on aspects of social media that don't work well, and rightly so," he said, mentioning the issues of hate speech and trolls. "Now we see that this side of the sites is not necessarily the norm."

Schmidt said most people use social media sites "to engage in peaceful and constructive exchanges with those around them, and to do good," and that's now being reflected in the media coverage, pointing out that social media sites aren't inherently good or evil.

Media psychologist Tobias Dienlin agreed, saying social media sites are a "mirror of humanity — with both its positive and negative sides."

Thanks to the digitization of museum collections and new online virtual tours, some of the world's most popular cultural institutions can be discovered in coronavirus isolation. These six museums are a click away.   (13.04.2020)

The docuseries "Tiger King" achieves amazing things: It tells the incredible story of the big-cat collector Joe Exotic, distracting us from the coronavirus crisis. There's now a race for the most original memes. (02.04.2020)