Thanks to the digitization of museum collections and new online virtual tours, some of the world's most popular cultural institutions can be discovered in coronavirus isolation. These six museums are a click away. 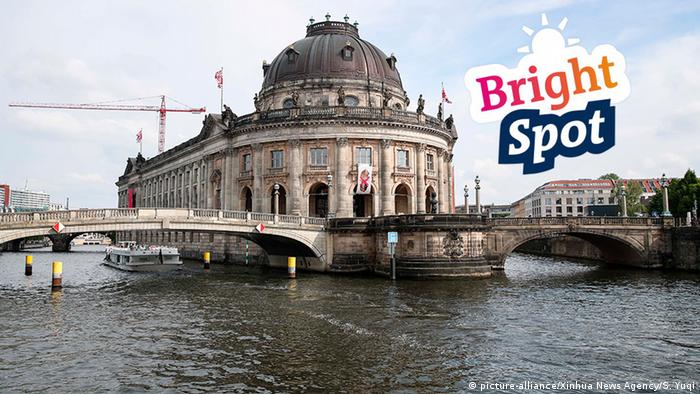 With a comprehensive range of virtual tours covering a number of the iconic Paris institution's diverse collections, the Louvre is a treasure trove waiting to be discovered for free and from the comfort of your home.

"The Advent of the Artist," an exhibition in the Louvre's Petite Galerie dedicated to art and cultural education, debuted to much fanfare in September last year and is now open to the public via a virtual tour.

Curated to coincide with a cycle of Louvre exhibitions celebrating Renaissance artists such as Leonardo da Vinci, Donatello and Michelangelo, "The Advent of the Artist" features some 40 artworks from the likes of Dürer and Rembrandt alongside literature from the time to trace the emergence and recognition of the concept of the artist.

In the week before Easter alone, additional content came online related to art history, the Louvre collections and the construction of the world's most visited museum. By March 19, visitors to the Louvre website had increased more than tenfold from around 40,000 per day to more than 400,000.

2. Museum of the Earth

Based in Ithaca, New York, the Paleontological Research Institution's Museum of the Earth combines natural history displays, interactive science features and art exhibitions to encourage "critical thinking about life on Earth in the past and today, and how our species is affecting the natural world."

While the museum's permanent exhibition takes physical visitors on a journey through 4.5 billion years of the Earth's history, the institution is adapting well to coronavirus times, having recently made its "Bees! Diversity, Evolution, Conservation" special exhibit available online.

Having gone on display at the Museum of the Earth in September 2019, the physical exhibit has translated well into the virtual realm online, where ultra-high resolution images help demonstrate the importance of bees to all plant and animal life.

The British Museum's vast venue in central London might be shuttered until further notice, but its interactive The Museum of the World experience is a worthy alternative for those wanting to explore the past from the safety of home.

Utilizing advanced WebGL (Web Graphics Library) technology for a highly immersive journey through time, continents and cultures, The Museum of the World allows users to navigate through human history by simply operating a computer mouse.

Through a partnership between the British Museum and the Google Cultural Institute, one can travel a timeline following parallel histories and cultures or click on objects in the British Museum's collection from prehistory to the present.

The British Museum website has attracted legions of new visitors since the museum closed on March 18. "Figures for the full month of March show there were 1.75 million users who used the website, 137% up on February 2020," a British Museum spokesperson told DW. It was the second highest month on record.

Individual online tours showed massive growth, with one exploring LGBTQ objects throughout history enjoying a 1055% increase in visits in March compared to February.

Like the British Museum, a number of other cultural institutions worldwide have already been digitally curated in partnership with Google Arts and Culture. Since 2015, Google has teamed up with The Street Museum of Art, an anonymous collective of "guerrilla" curators who showcase street art works online that in real life are often designed to disappear as quickly as they are created.

Several virtual exhibitions are attracting new viewers during the coronavirus crisis. Among them is "Amazing Street Art Murals in New York," featuring impressive curbside creations in the Big Apple by upcoming local artists and giants of the oeuvre such as Banksy, the Brazilian street artist Eduardo Kobra and the American Keith Haring.

The Staatliche Museen zu Berlin (State Museums of Berlin) — the institution that oversees the clutch of world-renowned museums on the Spree River in the German capital — has made significant additions to its "digital repertoire" since all of its institutions were closed on March 14.

During the shutdown, all 15 collections can still be explored online, including the Bode Museum (top image), whose virtual tour of sculptures and Byzantine art combines 62 interlinked 360-degree panoramic views of the entire museum, elaborated with a detailed database of 850 digitized sculptures and paintings.

The Staatliche Museen zu Berlin have also partnered with Google Arts & Culture since 2011. In time for the corona lockdown, the institution recently ramped up its presence on the platform via a Museum Island portal that now includes around 5,000 objects, 40 exhibitions, 37 short narratives, five virtual reality tours, six expeditions, around ten works of art shown in a gigapixel format  plus street views of all of the museums with permanent exhibitions. High on the virtual tour list is the Pergamon Museum.

The Amsterdam home to many of the Dutch master's works has been making the most of its online resources during the coronavirus closure.

"The traffic to our social media channels is bigger than ever," a Van Gogh Museum spokesperson told DW.  The sustained uptick is unprecedented, with visitors able to enjoy 4K YouTube private tour videos from the permanent collection, and a wealth of in-depth website pages containing stories about Van Gogh's life.

Recent additions to the website offer fun interactive engagement from the safety of home, including 125 "Van Gogh Questions."

Starting in April, an about-4,000-year-old settlement will be excavated to provide insights into Early Bronze Age life. Settlements of this size have not yet been found at the related henges in the British Isles. (08.04.2020)

Elusive UK artist Banksy's new mural highlights homelessness. Here are more of his works commenting on the state of the world. (11.12.2019)