The classical music industry learns how to improvise

As concert activity gradually rachets up in Germany, so do coronavirus infection rates. Whether both trends can continue is an open question. 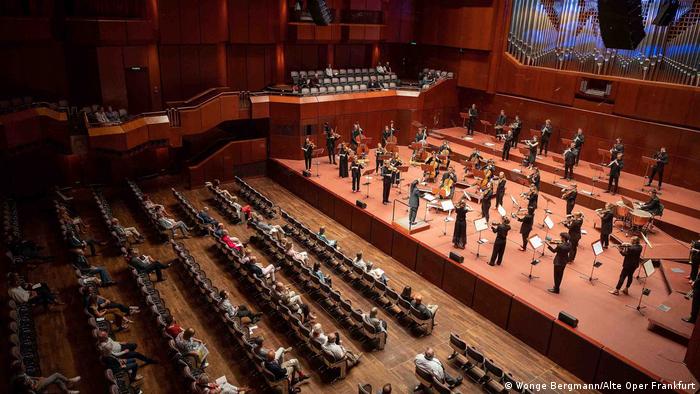 The "Alte Oper" in Frankfurt: Not an opera, but a concert hall, with enough space for social distancing

In mid-August, Russian music mogul Valery Gergiev's ballet troupe was put on sick leave and quarantined, with dozens of COVID-19 cases reported at the Mariinsky Theater in St. Petersburg. In the French city of Rouen, a planned performance of Richard Wagner's opera Tannhäuser was canceled in late September after a participating artist tested positive for the novel coronavirus. The opera company's director was accused of being too lax with hygiene regulations, and rehearsals were therefore prohibited.

Those incidents shocked Europe's classical music industry, yet not a single incidence of COVID-19 infection in audiences resulting from concert presence is known to any of the four managers interviewed for this report: Max Wagner, director of the Gasteig, Munich's central arts complex; Louvrens Langevoort, director of the Cologne Philharmonie; Andrea Zietzschmann, managing director of the Berlin Philharmonic Orchestra and Markus Fein, who runs the Alte Oper in Frankfurt.

The first to reinstate concerts in the pandemic season was none other than one of the world's most renowned arts events: The Salzburg Festival, which audaciously announced and staged a special edition spanning the month of August. Now Switzerland has announced that it intends to put the city of Salzburg on its list of high-risk regions, yet no new infections have been traced back to the festival's activity.

In the Rhineland, Louvrens Langevoort likens the Cologne Philharmonie to "a person who after a long rest is beginning to participate in life again, and is enjoying it with growing pleasure." His house sits in a German state with comparatively liberal regulations: In accordance with the "chessboard seating pattern" as permitted by North Rhine-Westphalia, one seat remains empty between each visitor or visiting couple, making it possible to fill roughly half of the hall's 2,000 seats. 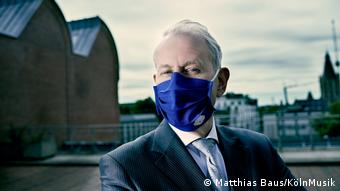 Still, attendance has been building only gradually, says Langevoort: "Many of the guests who were there before March 10 are afraid now, or they hesitate to really go to a concert. Maybe they're observing federal recommendations to avoid any unnecessary activity. Maybe, though, they'd like to go but don't want to stay for a whole performance."

In Cologne as elsewhere, pandemic-era playbills are shorter, and lack the blockbuster works that require full orchestral forces. Social distancing regulations allow for only 50 to 60 instrumentalists onstage rather than the normal 100. It's a heyday for smaller musical forces, and areas of the chamber music repertory are being dug up that were long considered off the beaten track.

The pitfalls of planning

Concert organizers typically have to schedule two to three years ahead, often in a tug of war for the same jet-setting performing stars. All that is different now, and improvisation – something that score-reading classical musicians are often said not to be very good at – is becoming the new normal.

In Cologne, a recent performance of the Artemis Quartet was in jeopardy the day after the ensemble performed in Brussels. With Belgium now defined as a high-risk country, all four of the string players were tested for the virus. One of the test results didn't come back in time however, so that member remained quarantined.

Fifty-five minutes before the concert was to begin, a local pianist was contacted, who sped to the hall and performed with the now-string trio. "There were over 600 persons in the hall, and they were delighted," says Louvrens Langevoort. "I have nothing but praise for these musicians, that they were able to mount a completely different program on such short notice. It was like galloping over Lake Constance. But that's what art thrives on. The same thing could happen if we have an orchestra from London, Austria or France, and from one day to the next, a country is declared a risk zone. At the very least, we'd have to struggle with authorities to get them over the border." 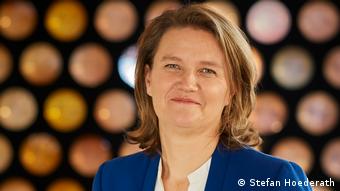 In Berlin, Andrea Zietzschmann called a recent performance by the Chamber Orchestra of Europe with conductor Simon Rattle "a minor miracle, as the members come from so many different countries. It was difficult to organize, with quarantines and testing. It was their first performance this year, post-Corona."

Zietzschmann's own orchestra, the Berlin Philharmonic, has seen its audiences slowly grow: by September, the Philharmonie was admitting 670 guests — more than in August — and the numbers will increase to about 1,000 when the "chessboard scheme" is introduced in that house at the beginning of November.

But the new scheme will mandate facial coverings remaining in place from the moment visitors enter the house until they go out the door again — unlike at present, when they are allowed to remove them during the actual performance. "Our surveys show that maybe ten percent of visitors will stay away because of the new regulation, but in the current situation, it seems like the right thing to do," says Zietzschmann.

What people want to hear

With fewer tickets than usual on offer, one might expect them all to be snatched up, but that doesn't seem to be the case. "It's been interesting to see that audience trust is a fragile thing, and it still has to grow," observes Andrea Zietzschmann. "People are looking closely at which concerts to go to and which not. At the recent Berlin Music Festival with its 33 concerts, contemporary music didn't sell as well as did, say, a solo cello recital with Nicolas Altstedt playing Bach suites. In other words, it's the same relative success rates we always experience, pandemic or no."

The Berlin Philharmonie, built in the 1960s, benefits from a state-of-the-art ventilation system with fresh air pumped from floor to ceiling "actually excluding the possibility of a concert becoming a superspreader event," says Zietzschmann, while acknowledging that "an infection cannot be outruled anywhere in everyday life." 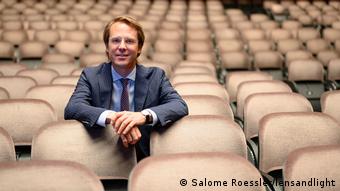 Markus Fein, like others, has to be very careful with the bottom line

The ventilation system at the Alte Oper in Frankfurt insures a complete renewal of the indoor air every 30 minutes. With new cases surging in the city, an 11:00 p.m. curfew was announced on Tuesday, effective this weekend. Earlier in the week, Alte Oper director Markus Fein was unsure what the curfew would mean for his operations. Unlike Cologne and Berlin, regulations currently restrict attendance there to only 600 out of the 2,400-seat capacity.

Guest performances in Frankfurt by the Italian pianist Mauricio Pollini, by Valery Gergiev and the Munich Philharmonic and by the Berlin Philharmonic were sold out. Yet, says Fein, "the longer the pandemic continues, the more dire the finances." A concert hall's main income lies in rental fees, but impresarios and musicians generally need a 700 to 800-member audience to make ends meet. "We expect to encounter turbulence and setbacks mid-term, maybe even in coming weeks," says Fein.

During a concert, "listeners sit glued to their seats, look straight ahead, usually don't interact with others and keep their distance," says Fein. In their virus-spreading potential, classical concerts seem distinctly different from rock concerts or festivals, for instance. 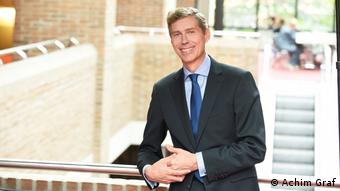 Such considerations play little role in the southern state of Bavaria however, the one in Germany with the highest incidence of infections and consequently, the strictest regulations nationwide.

The Gasteig arts center in Munich was one of Germany's first to devise a hygiene concept at the height of the pandemic last spring, but, says managing director Max Wagner, it still awaits implementation. Instead, audience attendance was at first mandated statewide to a maximum 50 persons, then, just before summer, to 100 and now 200 — regardless of the event, be it sports, entertainment or culture.

Now testing the waters with a pilot project, Bavaria is permitting 500 visitors in three of the state's major halls. One of them, at the Gasteig, can rely on two Munich-based, publicly subsidized orchestras, the Munich Philharmonic and the Bavarian Radio Symphony Orchestra, as tentpoles in its schedule. Yet that doesn't put even that powerful arts complex out of the danger zone: "The one or two concerts we have a week do well. But we we used to have two or three events a day in our philharmonic hall alone." 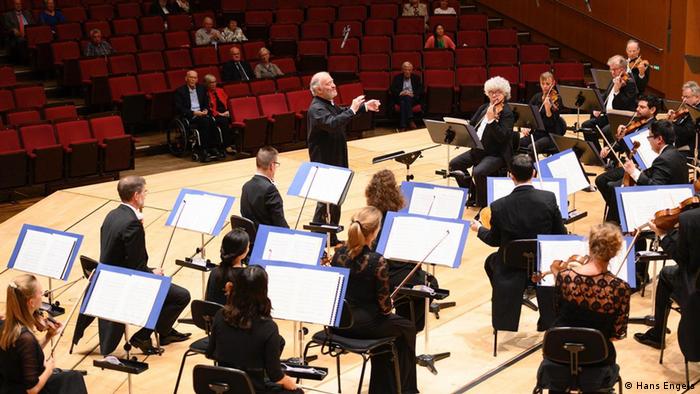 The Munich Gasteig, the Cologne and Berlin Philharmonie halls, the Alte Oper in Frankfurt and the Elbphilharmonie up north in Hamburg are all major houses navigating shifting currents and sharing similar concerns. All four dread a greater shutdown, should the infection rate continue to surge in Germany.

As for the smaller houses, they seem off the charts at present, some of them not even treading water. It's these organizations and the artists who fuel them that the major impresarios draw attention to — because they are essential too, says Louvrens Langevoort: "We think about the many freelancers who have more difficulty getting help than we do. They're part of the artistic family. After the crisis passes, we will need to continue working with them. So it's absolutely necessary to support them now."