Berlin must maintain "trustful dialogue" with the US after its announced troop withdrawal, a senior defense official tells DW. He also urged Washington to clarify its strategy behind redeploying soldiers around Europe. 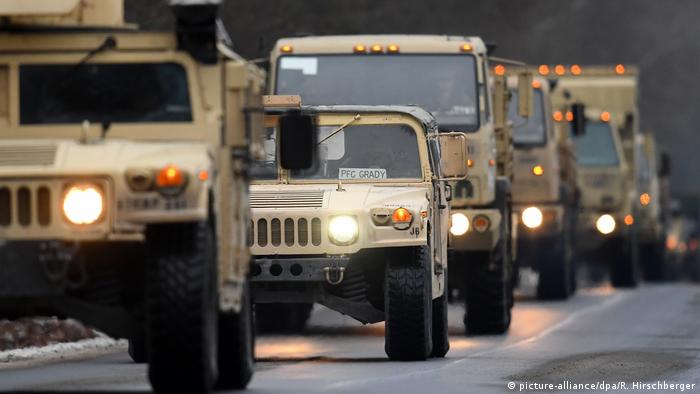 The German government has urged to continue "eye level" dialogue with Washington despite the announced United States troop withdrawal from the country.

"We have to continue a trustful dialogue at a higher level," Thomas Silberhorn, a senior member of the German Defense Ministry told DW.

"For decades, the US troops did a magnificent job in Germany and Europe," Silberhorn said, adding that it is now "crucial to get a clear strategic approach to the questions of readjusting US troops not only in Germany but all over Europe."

The US announced plans this week to withdraw 11,900 military personnel from Germany — down to 24,000 from 36,000. A number of troops are set to go to Italy. And, in a major move, US European Command headquarters and Special Operations Command Europe is to transfer from Stuttgart, Germany to Belgium. Some soldiers may also be relocated to Poland and the Baltic states.

It is one of the largest reordering of troops within Germany since the Cold War.

Silberhorn said Germany was concerned "not exclusively of a withdrawal of troops, but about the reasoning."

US President Donald Trump had announced the downscaling last month amid a long-running spat with Germany over its defense spending, which falls below the NATO target of 2% of gross domestic product.

Silberhorn said that "we understand the argument, the Europeans and in particular the Germans, should do more for security in Europe. But we already do a lot."

US Defense Secretary Mark Esper has also said the move, which will cost in the "single digit" billions of dollars, is part of Washington's new military strategy against Russia. "We are following the boundary east, where our newest allies are," Esper said.

Critics of the decision have said that removing troops from Germany will be welcomed by Moscow. However, Silberhorn doubted the US decision would play into the hands of Russian President Vladimir Putin.

"It's a shift towards the south and eastern flank of NATO. Until 1990, it made sense to keep US troops near to Germany's eastern borders," he said. "Now, NATO has been enlarged, the boundaries shifted eastwards."