US slams Germany for deporting wanted terrorist to Turkey

The US wants Adem Yilmaz to face terrorism charges in New York. Instead, Germany deported him to Turkey this week after he had served a prison sentence on a terrorism conviction. 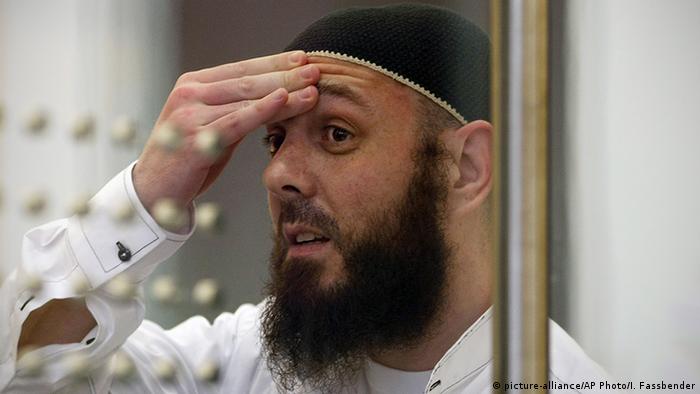 The United States sharply criticized Germany on Thursday for deporting a convicted terrorist to Turkey despite an extradition request for him to stand trial in a New York court.

Adem Yilmaz was deported on Tuesday to his native Turkey after serving an 11-year prison sentence in Germany for planning a 2007 bomb plot to attack American citizens and facilities in Germany as part of an Islamist extremist cell.

The United States had requested his extradition to face terrorism charges for conspiring to carry out a 2008 suicide bombing near the Afghanistan-Pakistan border that killed two US soldiers and injured 11 other people. Yilmaz, a member of a group called the Islamic Jihad Union, is also accused of carrying out attacks on US troops on the Pakistan-Afghanistan border in 2006.

New York prosecutors filed the indictment against Yilmaz in 2015, but it was only unsealed at around the time he was being deported from Germany to Turkey.

Acting US Attorney General Matthew Whitaker said in a statement he was "gravely disappointed" Germany had decided to deport Yilmaz to Turkey instead of extraditing him to the United States.

"The German government deliberately helped Yilmaz escape justice by placing him on a plane to Turkey," Whitaker said in a statement.

"The German government has refused to take any responsibility for failing to extradite him to the United States, has flouted their treaty obligations and has undermined the rule of law," he said.

The issue was also addressed in talks on Wednesday between US Deputy Secretary of State John Sullivan and German Foreign Minister Heiko Maas, who was in Washington for an international meeting on the "Islamic State."

Germany's Foreign Ministry said Yilmaz's deportation was a decision of the independent justice system and followed the rule of law, sources told AFP.

A Frankfurt court spokesperson told The Associated Press that extraditing Yilmaz to the United States would have been considered double jeopardy under German law.

"An extradition could have only occurred if the Americans said they would restrict the charges to crimes not already punished," the spokesperson said.

The United States had filed papers on Monday to address the Frankfurt court's decision, but the state of Hesse acted on the deportation order.

Yilmaz was arrested by Turkish counterterrorism forces upon his arrival at an Istanbul airport and was questioned. It was unclear if he will face charges there.

US officials said they were in contact with Turkish authorities about extraditing Yilmaz.

Two of the three suspects reportedly tried to build a homemade bomb and considered carrying out an armed or vehicle attack. Prosecutors accused the suspects of planning an "Islamist motivated attack." (30.01.2019)

A court in Turkey has sentenced two Kurdish politicians to lengthy prison terms on charges of belonging to a terrorist organization. The opposition HDP party says the judgment is part of an effort to wipe out democracy. (02.02.2019)