A court in Turkey has sentenced two Kurdish politicians to lengthy prison terms on charges of belonging to a terrorist organization. The opposition HDP party says the judgment is part of an effort to wipe out democracy. 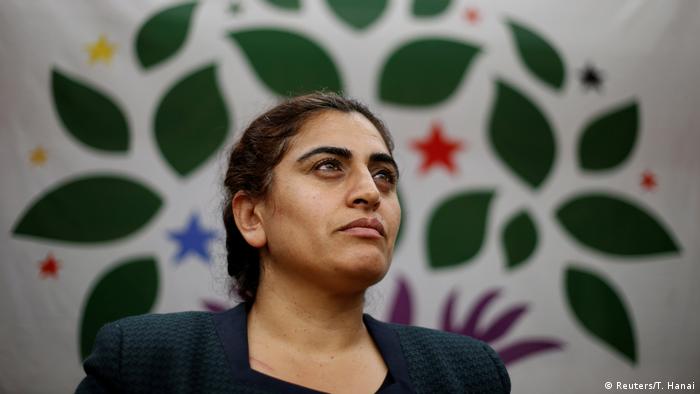 A Turkish court has handed prison sentences to ex-parliamentarians Gultan Kisanak and Sebahat Tuncel (pictured above) for belonging to a terrorist organization and disseminating terrorist propaganda.

Both women have been in custody since late 2016. 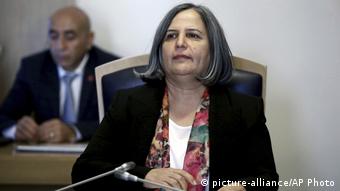 Tuncel, a former co-chair of the pro-Kurdish Peoples' Democratic Party (HDP), was jailed for 15 years, according to the Demiroren News Agency (DHA). She has been on hunger strike for three weeks and did not attend the hearing in court.

Kisanak, who was serving as the joint mayor of Diyarbakir in Turkey's Kurdish southeast at the time of her arrest, was given a sentence of 14 years and three months.

The politicians are accused of making speeches in favor of the Kurdistan Workers Party (PKK) and spreading propaganda during rallies and speeches. The PKK is blacklisted as a terror group by Turkey, the United States and the European Union.

Read more: 'It's the violations of human rights we are talking about'

Kisanak rejected the charges in court, protesting that she had already been in custody for over two years.

"I do what I do because it is true, legal, legitimate, humanitarian," DHA quoted her as saying. "Everything I do is in the frame of democratic politics."

The HDP wrote on Twitter that it considers the trial a political rather than legal process that is aimed at "eliminating democratic politics."

The PKK has waged a decadeslong insurgency against the Turkish state, seeking political autonomy and cultural rights for Turkey's Kurdish minority.

The Turkish government accuses the HDP of being a political front for the PKK, and President Recep Tayyip Erdogan has said that ousting elected officials and civil servants with suspected PKK links is crucial to crushing the group's uprising.

In late January, a Turkish court released Kurdish lawmaker Leyla Guven from prison. She was jailed last year for criticizing Ankara's military operation in Syria and labeling it "an invasion."

The 55-year-old HDP lawmaker has been on hunger strike for almost three months to protest against the treatment of Kurdish militant leader and PKK head Abdullah Ocalan in prison.

More than 200 prisoners across Turkey have since launched their own hunger strikes to show support for her campaign.