Two of the three suspects reportedly tried to build a homemade bomb and considered carrying out an armed or vehicle attack. Prosecutors accused the suspects of planning an "Islamist motivated attack." 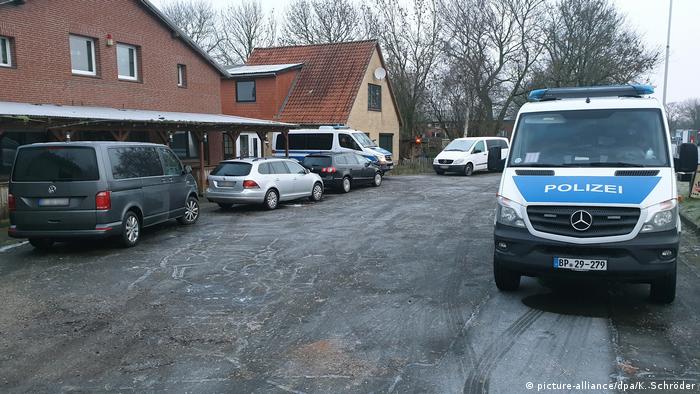 Three Iraqi refugees were arrested on Wednesday in northern Germany for preparing a terror attack.

Two 23-year-olds and a 36-year-old were arrested in an early morning raid in the state of Schleswig-Holstein after a months-long investigation, German police said.

"According to the findings to date, the suspects had not yet selected a specific target for their attack," the federal prosecutor's office said in a statement.

Two of the suspects are accused of preparing a bomb using gunpowder from fireworks and another of aiding and abetting the terror plans.

Investigators allege the two 23-year-olds, Shahin F. and Hersh F., downloaded bomb-making instructions from the internet and tried to purchase a detonation device from the United Kingdom. British authorities were able to halt the shipment of the detonation device to Germany.

The two accused also considered buying a 9mm handgun with the help of 36-year-old Rauf S., who negotiated with a separately prosecuted man to procure the weapon. However, Shahin F. and Hersh F. found the handgun too expensive and started considering a vehicle attack instead, prosecutors said.

Shahin F. started taking lessons for driving a truck at the beginning of January.

Shahin F. and Hersh F. had decided at the end of 2018 that they would "carry out an Islamist motivated attack in Germany," prosecutors said.

"Further investigations must determine whether the accused are tied to any terrorist organization," they said.

Police also carried out raids of homes in the states of Mecklenburg-Vorpommern und Baden-Württemberg, but made no arrests.

Intelligence officials in Germany thwarted a 2016 attack that was planned by the "Islamic State" militant group. A couple who traveled to Syria was said to be trying to send teams of militants back to Germany. (18.10.2018)