The flag and a text in Arabic were found close to the site where an overhead contact wire was found damaged. It is unclear if the propaganda objects were related to the damage caused to the overhead power cable. 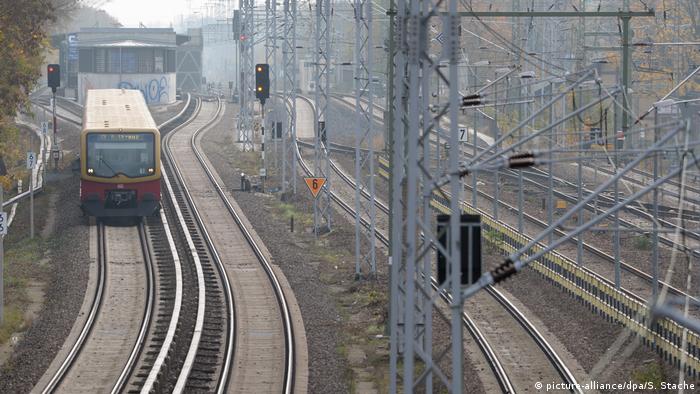 German police said on Tuesday they had recovered a flag of the "Islamic State" (IS) group and a text in Arabic close to a railway track in Berlin where an overhead power cable was found to be damaged on Sunday.

Investigators are trying to ascertain if the propaganda objects were linked to the damage caused to the overhead contact wire. They are also examining if the perpetrators had any political motives.

"Since the beginning of the investigation, several pieces of evidence have been secured," police said, adding that investigators found a torn steel cable and the damaged overhead contact wire at the train track on Sunday.

Germany's train operator informed the police of the damage. The incident caused a temporary disruption in local train services in the German capital.

It remains unclear if there is any connection between the incident in Berlin and a similar case on a railway line between the southern German cities of Nuremberg and Munich where unknown suspects tried to damage or even derail a high-speed train with a steel cable in October.

On December 19, 2016, twelve people lost their lives in a terror attack on a Berlin Christmas market. Many have gathered to commemorate their deaths, but questions about the attacker remain unanswered two years later. (19.12.2018)