After a phase of left-wing terrorism, Germany saw right-wing terrorism targeting people with migrant backgrounds. And then, jihadism became a threat. What are the similarities and differences between them? 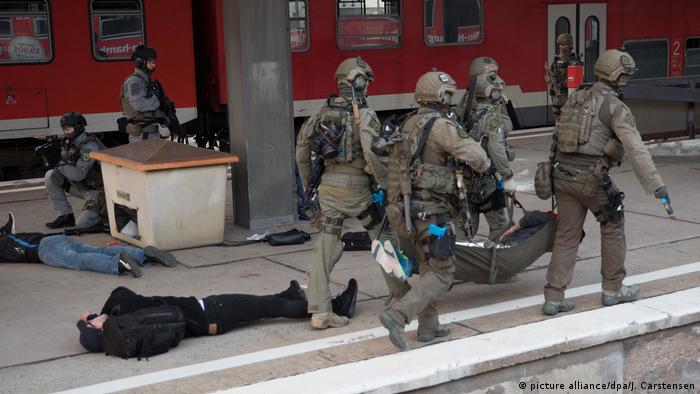 When the so-called National Socialist Underground (NSU) terror cell was uncovered in November 2011, politicians and journalists asked whether this right-wing group had anything in common with Germany's left-wing Red Army Faction (RAF) terror group.

At first sight, this seemed like a plausible thought given that the far-right NSU and left-wing RAF both used violent means to pursue their goal of bringing about a new societal order — although their respective notions of an ideal world couldn't be more different. The NSU was driven by extreme xenophobia while RAF terrorists were inspired by Marxism. Both, however, resorted to similar actions: robberies, bombings, arson attacks and murders.

At a recent event of the Konrad Adenauer foundation (KAS), which is affiliated to Germany's Christian Democratic Union (CDU), leading experts discussed possible parallels between the NSU, RAF and the "Islamic State" (IS). Clemens Binninger, who headed a German parliamentary NSU inquiry; Butz Peters, an expert on the RAF terror group; and Peter Neumann from King's College London, who is an authority on IS, agreed that all terrorist groups rely on a charismatic leader and the support of a broad network. 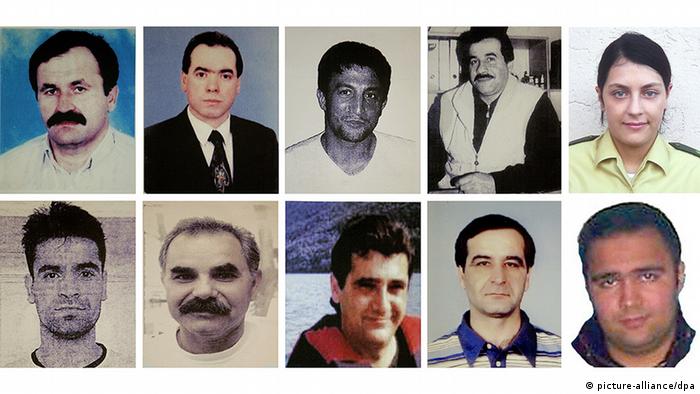 Authorities failed to link the NSU cell to the murders

These factors are crucial if terror cells want to go undetected for years. The NSU trio Beate Zschäpe, Uwe Böhnhardt and Uwe Mundlos went underground in 1998 and managed to drop off the radar until their cover was blown in 2011, when Uwe Böhnhardt and Uwe Mundlos were found dead in a mobile home. The cell's ability to go undetected for so long is largely due to the authorities' failure to link the three individuals to the murder of nine migrants — all of whom had been killed using the exact same pistol.

"The security agencies didn't turn a blind eye to right-wing extremists. Instead, their thinking was too conventional," said NSU expert Binninger with regard to the failure of Germany's police and domestic intelligence service to detect the cell. Binninger says the authorities did not consider terrorist motives because nobody had claimed responsibility for the murders.

In this respect, the NSU is very different to the RAF and IS. The left-wing RAF group, which in 1998 ended its 28-year-long war on a societal order it so detested, always publicly boasted with its murders. Its most shocking act was when the group kidnapped employer and industry representative Hanns-Martin Schleyer in 1977 and then killed him after keeping him captive for six weeks. 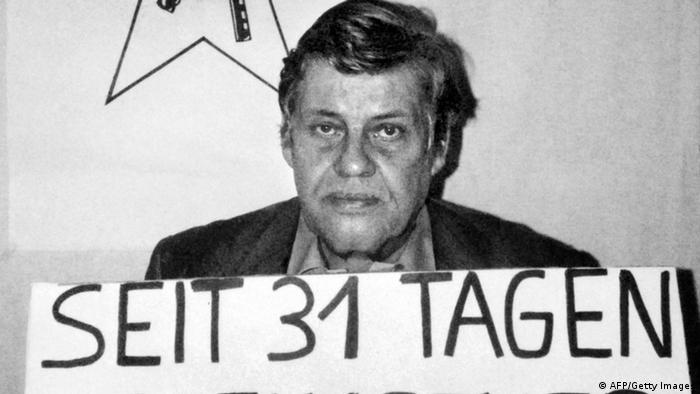 NSU: Spreading fear without claiming responsibility for its actions

IS, which in military terms is largely defeated but still commits terror attacks, similarly boasts of its actions by publishing pictures and footage of decapitated victims online. In this sense, IS and RAF are similar as both claim(ed) responsibility for their actions. The right-wing NSU cell, however, only claimed responsibility for its murders after its cover had been blown. It nevertheless succeeded in massively intimidating individuals with Turkish roots living in Germany.

How could it be so wrong? And could terrorists be detected sooner in the future? With regard to Anis Amri, who carried out a terror attack on a Berlin Christmas market in December 2016, Neumann claims that German authorities made a fundamental mistake in their analysis. Given his activity as a drug dealer, they had considered him more of a petty criminal than a potential terrorist — despite reliable evidence that he was planning an attack. 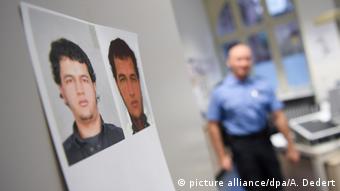 Anis Amri could have 'easily' been deported

Binninger says that security agencies should be alert as soon as individuals go underground. NSU terrorists Zschäpe, Böhnhardt and Mundlos adopted fake identities and lived in Saxony without ever being bothered. And Islamist Amri used a whole range of aliases while criss-crossing Germany. And yet, someone like him could have easily been detected and caught, says Binninger. Not only that. "If domestic intelligence service findings and insights from local investigations had been linked, he could have easily been deported."

Amri was listed as a potential threat by Germany's Joint Counter-Terrorism Center, which brings together the country's national and federal security agencies. Binninger said that in this instance, as in the case of the NSU, no single German authority had assumed responsibility. Similarly, IS specialist Neumann urged that terror prevention measures be improved, given the threat of violent Salafism. He also identified deficits in information sharing in Germany and on the European level, "as the case of Amri demonstrated." Overall, said Neumann, "there will still be a jihadist threat in five years' time."