Authorities raided several buildings in the German capital as part of a larger terrorism probe. One imam is suspected of sending money to an Islamist fighter in Syria in order to carry out "terrorist criminal acts." 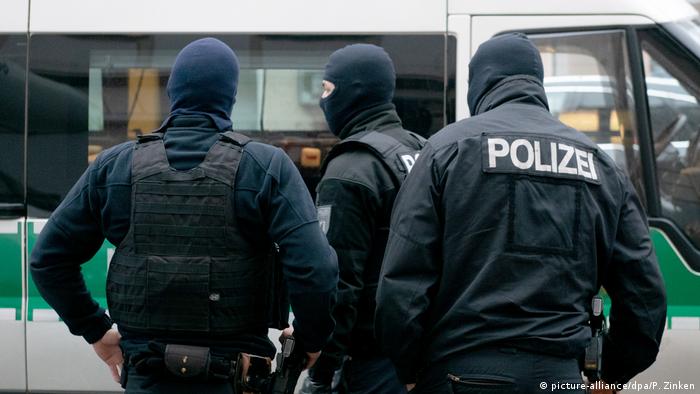 Police raided a mosque and several other buildings in Berlin on Tuesday morning in an operation into suspected terrorism financing, prosecutors said.

State criminal police, intelligence officers as well as special police forces took part in the raids, which included the As-Sahaba mosque in the Berlin neighborhood of Wedding.

One of the main suspects was identified as Ahmad A., an imam at the mosque who preaches under the name of Abul Baraa. 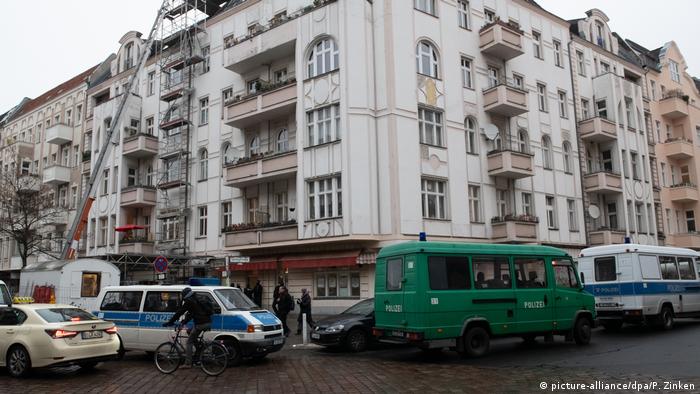 The As-Sahaba mosque (pictured above) was searched in the raids

The 45-year-old is suspected of sending money to an Islamist fighter in Syria "for purchasing military equipment to carry out terrorist criminal acts," prosecutors said on Twitter.

The As-Sahaba mosque is under surveillance by Germany's domestic intelligence agency and is considered an important meeting point for members of Germany's radical Salafist scene, according to the Berliner Morgenpost newspaper.

The mosque was founded in 2010 by the German-Egyptian Islamist Reda Seyam, who is accused of taking part in a terror attack in Bali, according to the paper. He later left Germany to travel to Syria to become the "education minister" for the militant "Islamic State" (IS) group.

Many European Islamist terrorists have a criminal background and were radicalized in jail. The head of Germany's prison officer union, René Müller, says German prisons need more resources to tackle the problem. (13.12.2018)

There are more than 80 mosques in the German capital. Ranging in style from classical to modern, these Islamic places of worship have become an integral part of Berlin's history and cultural fabric. (16.04.2014)