Police found wire pulled across a stretch of train tracks in Bavaria, national media reported. A conductor mistook the sound of the incident for a shorted circuit. 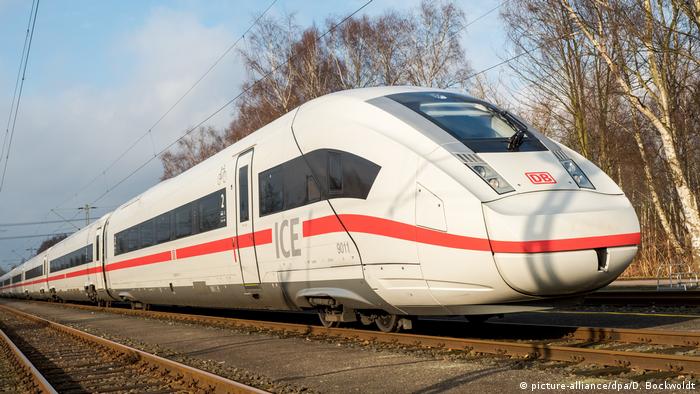 German media reported on Sunday that authorities in the state of Bavaria were investigating a possible attempted terror attack on a high-speed train. The incident, according to the Bild daily, involved a steel wire being pulled across the tracks.

On October 7, a conductor on a train heading south from Nuremberg and Munich heard a strange sound he attributed to a small technical glitch on the train.

Later, however, police found the wire that was stretched across the train's path and wooden wedges were placed on the tracks.

According to Bild, authorities are also in possession of a threatening letter in Arabic, which promises more attacks, and the incident occurred near a bridge with Arabic graffiti.

The newspaper did not, however, clarify if that was connected to the attempted attack on the train.

A man in his mid-30s has become somewhat of an attraction at Dusseldorf's central train station as he walked around with a boa constrictor on his shoulders. Police have confiscated the reptile. (28.10.2018)

Cologne hostage-taker was 'slated for deportation'

The Syrian suspect behind the hostage situation at Cologne's central train station was reportedly due to be deported in 2015. German authorities have been accused of dropping the ball. (19.10.2018)