US senators move to block Trump troop withdrawal from Germany

Politicians from across Washington's political divide are moving to limit the ability of President Donald Trump to withdraw troops from Germany. Senators plan to hold back funds that would be used for the redeployment. 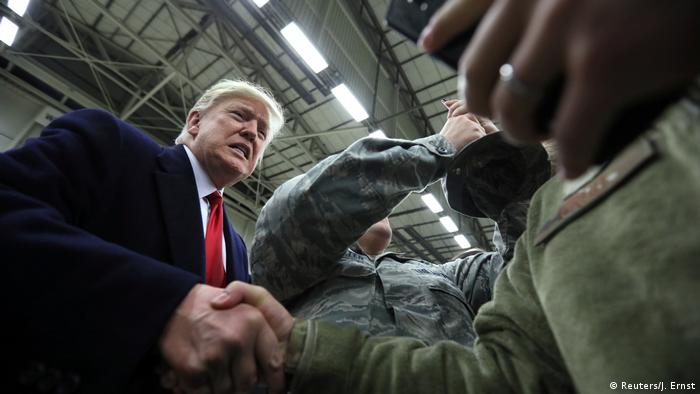 A bipartisan group of US senators have said they will move to stop the president from withdrawing troops from Germany by holding back funding to pay for the redeployment.

Six senators, including influential Republicans Sen. Lindsey Graham and Sen. Marco Rubio, said they planned to amend national defense spending legislation to limit the use of funds for reducing troops in Germany.

The block on spending would remain in place until it was possible to verify that the withdrawal would not harm NATO, US military operations or military families. It also requires assurance that the additional cost for redeployment should not be significant.

"At a time when the US and our European allies must continue to stand hand in hand in deterring malign influences, it is in our national security interest, as well as in the interest of our allies and partners, to continue our presence in Germany," Senator Rubio said.

Meanwhile, former Republican presidential candidate Mitt Romney tweeted that the withdrawal would be a present to Moscow.

"The withdrawal of US troops from Germany would be a gift to Russia, and that's the last thing we should do. Not to mention it threatens US national security and undermines our NATO alliance," he said.

Trump announced earlier this month that the US would draw down its deployment in Germany to 25,000 troops. He accused Berlin of being "delinquent" in terms of the level of its payments to NATO.

Trump said he would move some troops from Germany to Poland, as he condemned Berlin for failing to meet a NATO defense-spending target and for buying energy from Russia.

The move has been criticized by German ministers including Defense Minister Annegret Kramp-Karrenbauer and Foreign Minister Heiko Maas.

The US has maintained an established military presence in Germany since the Convention on the Presence of Foreign Forces in the Federal Republic of Germany was signed in 1954. The convention allowed eight NATO members, including the US, to maintain a permanent presence.