Washington has said it will release 50 million barrels of crude oil in an effort to bring down gas prices. India quickly announced it would also release 5 million barrels. 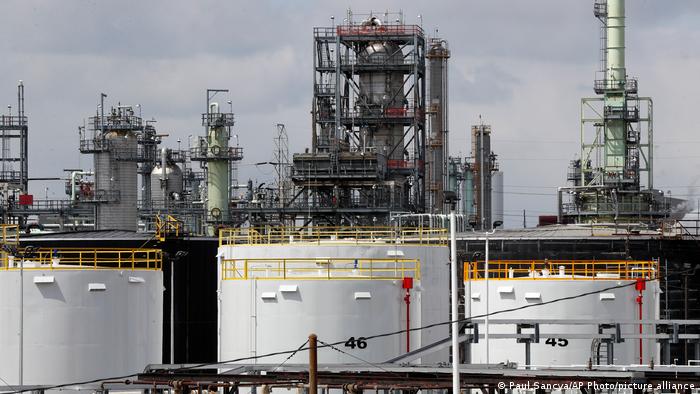 The Biden administration on Tuesday announced that the US would release some 50 million barrels of crude oil from the nation's Strategic Petroleum Reserve in an effort to bring down prices for gasoline and halt rising inflation.

The White House said the move, which will see oil released in the form of loans and sales, was coordinated with the governments of China, Japan, South Korea, the United Kingdom and India.

Shortly after the US announcement, India, too, said it would release 5 million barrels from its own strategic reserve.

"I told you before that we're going to take action on these problems. That's exactly what we're doing," President Joe Biden said in remarks broadcast from the White House.

"It will take time, but before long you should see the price of gas drop where you fill up your tank, and in the longer-term we will reduce our reliance on oil as we shift to clean energy," he added.

Officials in Washington have said the coordinated effort is the first of its kind and should be seen as a warning to OPEC nations to increase production in order to control the rise in prices for gasoline, which in the US has been averaging around $3.40 (€3.03) a gallon — twice that of 2020.

'Oil supply has not kept up with demand'

The global COVID pandemic has sent energy markets on a roller-coaster trajectory over the past year and a half, with demand and prices originally tanking only to rebound and become further compounded by increased demand and faltering production.

"As we come out of an unprecedented global economic shutdown, oil supply has not kept up with demand, forcing working families and businesses to pay the price," Energy Secretary Jennifer Granholm tweeted Tuesday. "This action underscores the president's commitment to using the tools available to bring down costs for working families and to continue our economic recovery."

The Biden administration said it expects consumers to begin reaping the benefits of the decision by mid-December.

Senate Majority Leader Chuck Schumer said the move would provide "temporary relief," but noted long-term alleviation would only come once the country dropped its dependence on fossil fuels altogether and finally created a "robust green economy."

With prices rising and supply short, Republican lawmakers have attempted to pin the issue on the Biden administration's efforts to minimize drilling and foster renewable energy as the main reason for decreased US production and thus, higher prices.

On Monday, White House press secretary Jen Psaki sought to put the blame on oil companies. "We will continue to press oil companies who have made record profits and are overseeing what we consider to be price gouging out there when there's a supply of oil or the price of oil is coming down and the price of gas is not coming down. It does not take an economic expert to know that's a problem."

The US Strategic Petroleum Reserve is an emergency oil stockpile designed to guarantee access to oil in cases of natural disaster, national security issues and other events. The reserves are maintained by the Energy Department and stored in caverns located in salt domes along the Texas and Louisiana Gulf coasts. There are roughly 605 million barrels of petroleum in the reserve.

Of the 50 million barrels to be released, 32 million will later be replaced; the other 18 million are part of a sale previously authorized by Congress.