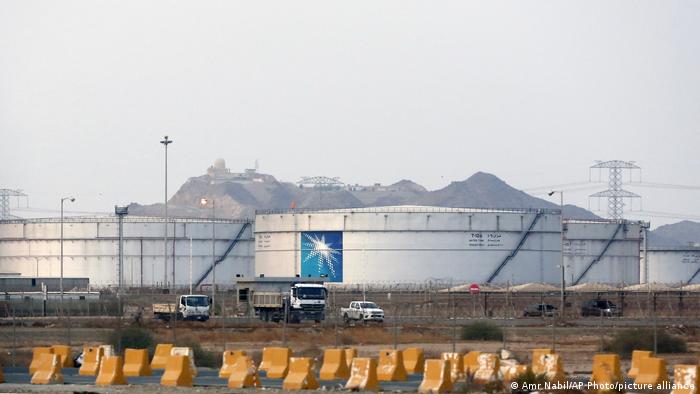 The Saudi energy giant Aramco on Sunday said its profits had nearly halved to $49 billion (€41 billion) in 2020 as the impact of the coronavirus pandemic hit home.

The drop of some 44.4% from $88.2 billion in 2019 primarily reflects the impact of lower crude oil prices as people stopped moving around the world, along with weaker margins in refining and chemicals.

What did Aramco say?

The company said the drop was mainly because of lower crude oil prices and volumes sold.

Weakened profit margins from the chemical and refining sectors have also impacted performance.

However, the firm said it would still distribute cash dividends, totaling $18.76 billion, to shareholders for the fourth quarter of 2020.

Chief executive Amin Nasser described 2020 as "one of the most challenging years in recent history."

However, he said belt-tightening by the company had kept its position robust.

"As the enormous impact of COVID-19 was felt throughout the global economy, we intensified our strong emphasis on capital and operational efficiencies," Nasser said.

"The company displayed strong financial resilience in one of the most challenging periods for the industry," Aramco said in a statement.

While crude prices have risen in recent weeks to over $60 per barrel, analysts say the Saudi giant is bracing for possible further waves of COVID that could undermine a tentative global economic recovery.

Aramco dividend payments help the Saudi government, which is the company's largest shareholder, to keep its ballooning budget deficit in check.

Aramco was first listed on the Saudi stock market in December 2019 after the world's biggest initial public offering.