Donald Trump vs. OPEC: What can he do to bring down oil prices?

Donald Trump's pledge that the US "won't put up with high oil prices for much longer" has led to speculation about how he may try to force OPEC's hand. Skepticism abounds over whether the price of gasoline will fall. 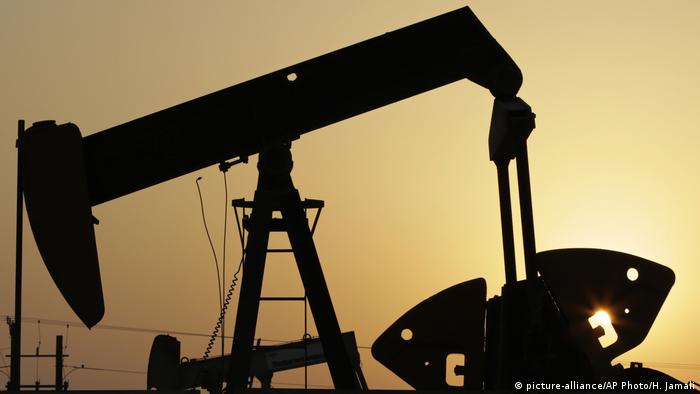 Accusing the OPEC oil cartel of "ripping off" the world, US President Donald Trump warned in a speech to the United Nations General Assembly this week that Washington wouldn't stand idly by as fuel prices continued to rise.

"We defend many of these nations for nothing and then they take advantage of us by giving us high oil prices. Not good," he declared, referring to OPEC's mainly Middle Eastern members, and how the price of oil is at a four-year high.

Hinting that his administration would take action to halt further price increases, Trump said the US was "ready to export our abundant, affordable supply of oil, clean coal, and natural gas."

OPEC has been limiting output for the past 18 months following a steep price downturn when the global economy recovered from the 2008/09 financial crisis. Stabilization measures have seen prices rise to between $70 (€59.9) and $80 per barrel, leading the cartel to agree in June to raise production by 1 million barrels per day.

Trump's comments to the UN forced oil prices even higher, to more than $82 per barrel, as speculation grew over what measures the US president was considering.

"Instead of bullying OPEC to raise output, he could decide to release the Strategic Petroleum Reserves to bridge a short-term supply deficit," Carsten Fritsch, Commerzbank's Senior Commodity Analyst, told DW.

The US's Strategic Petroleum Reserves are the largest emergency supply of oil in the world. Some 660 million barrels of oil are currently stored underground in the states of Texas and Louisiana.

Established in 1975 after the Middle East oil embargo, the reserves have been tapped several times, including during one particularly cold US winter in 2000, and after Hurricane Katrina shut down 95 percent of crude oil production in the Gulf of Mexico in 2006.

Germany's second-biggest lender, Commerzbank, argued in a research report to investors this week that the reserves were "Trump's only real option ... to drive prices down."

Several energy analysts think the US leader is preparing to act just two months ahead of midterm elections for the US Congress, in an attempt to quell voter frustration over rising prices for gasoline.

The White House and US energy secretary Rick Perry quickly ruled out the reserves option, but that hasn't stopped speculation over how many barrels may be released and what impact it would have on prices.

Some analysts think the subsequent price fall would only benefit US consumers, and not for long.

Mike Muller, an executive at Vitol Group, told news agency Bloomberg the measure could even be counter-productive, as it would leave the US vulnerable to other oil shocks, and may cause further price spikes.

Read more: EU and Iran create 'special vehicle' for trade despite US sanctions

Other industry analysts said Trump was simply trying to dodge the blame for his administration's decision to renew sanctions on Iran, which began to take effect in August, and which will hit the petroleum sector in November.

The US sanctions, which followed Washington's decision to pull out of the 2016 nuclear deal, could remove up to 1.5 billion barrels per day of crude from Iran, the Reuters news agency reported, citing several traders.

Some financial institutions, including JP Morgan Chase, think oil could rise to $90 a barrel as a result.

"The Iran sanctions will come into force two days before the elections. It is thus perfectly possible that oil prices — and by extension gasoline prices — will continue to rise until election day," Commerzbank warned in its research report.

On the other hand, Trump's tariffs on Chinese imports, while widely pereceived as threatening the global economy, could indirectly help to achieve lower prices, British oil giant BP noted.

The US-China trade spat is already weakening economic growth, which could mean a fall in demand for oil next year, and therefore prices, Janet Kong, the head of BP's trading business in Asia, told Bloomberg.

As far as taming OPEC, Commerzbank's Fritsch thinks Trump is powerless in the short-term, and that his rhetoric is likely to strengthen the oil cartel's resolve. "It would be difficult for OPEC to raise output as it would risk losing its independence and be seen as Trump's puppets."

He also noted that the US president's latest threat had probably contributed to OPEC members pushing back plans to raise output until their next meeting in December.

However Saudi Arabia, OPEC's largest member, admitted it would quietly add extra oil to the market to offset the drop in Iranian production, Reuters reported on Thursday.

Saudi oil minister, Khalid al-Falih, meanwhile, said at the weekend the country had spare capacity which could be brought online at short notice.

New technologies are driving the price of drilling for US shale oil down. At the same time, mass production of electric vehicles is ramping up. Together, these two facts spell deep and enduring trouble for petro states. (04.04.2018)

Kuwait is to increase its output as part of a broader agreement by OPEC countries and Russia to boost oil production. The move comes amid international price sensitivity, especially ahead of US elections. (30.06.2018)