The IMF has warned some Arab nations against complacency over a looming debt crisis. It urged greater reform efforts, saying the current rise in oil prices should not prompt governments to delay fiscal policy measures. 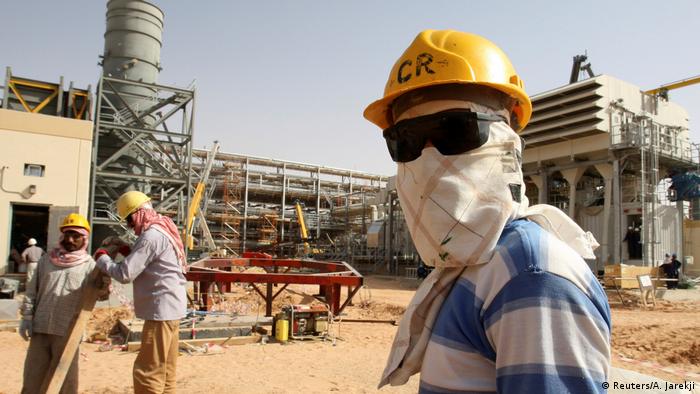 The International Monetary Fund said Wednesday that rebounding oil prices thanks to producers agreeing to trim production must not get in the way of overhauling state spending in Arab nations.

"Required reforms include further steps toward full elimination of energy subsidies and changes to pension and social security systems," the IMF said in its latest Regional Economic Outlook.

It estimated cumulative overall fiscal deficits in the Middle East and North Africa (MENA region, including all Arab nations and Iran) to be $294 billion (€245 billion) in the 2018-22 period.

Around $71 billion of government debt is to mature during the same period. "The rapid buildup of debt in many of the MENA countries is a cause for concern," the report stated.

Debt has increased by an average of 10 percentage points of GDP each year since 2013.

An impending increase in interest rates that will make borrowing more expensive would complicate the problem, the IMF argued.

The director of the IMF's Middle East and Central Asia department, Jihad Azour, said MENA countries needed to create some 25 million new jobs over the next five years to ensure solid economic growth, warning of the negative consequences of unemployment coupled with rising debt levels.

Overall economic expansion in the MENA area was forecast to reach 3.2 percent this year, up from just 2.2 percent in 2017.

Saudi Arabia has announced it's aiming to build a mega international business zone, which will have its own tax and labor laws. It's yet another attempt to reduce the kingdom's dependence on oil exports. (24.10.2017)