Saudi Arabia has announced it's aiming to build a mega international business zone, which will have its own tax and labor laws. It's yet another attempt to reduce the kingdom's dependence on oil exports. 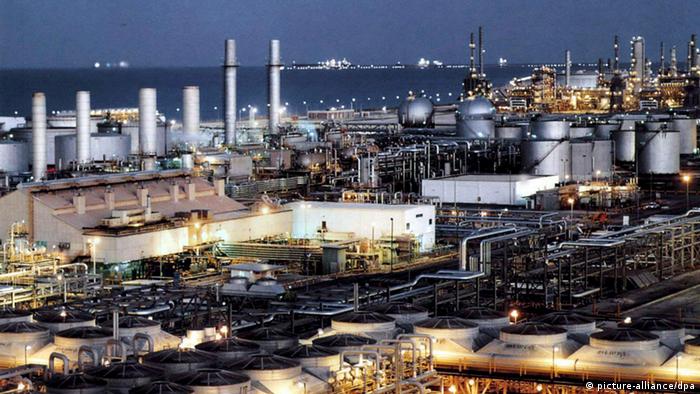 Saudi Arabia said Tuesday its planned business and industrial zone would link with Jordan and Egypt in what is the biggest effort yet to free the kingdom from dependence on revenues from oil.

The announcement came as an international business conference got underway in Riyadh, drawing over 3,500 people from 88 nations. The get-together is labeled Future Investment Initiative in a bid to present the world's top oil exporter as a leading global investment destination.

In the case of NEOM, the Saudi government as well as local and international investors are expected to put more than half a trillion dollars into the zone in the coming years.

The project is to serve as a gateway to the proposed King Salman Bridge, which will link Egypt and Saudi Arabia.

"NEOM is situated on one of the world's most prominent economic arteries," Mohammed bin Salman said.

"Its strategic location will also facilitate the zone's rapid emergence as a global hub that connects Asia, Europe and Africa."

The zone is to have its own tax and labor laws and an autonomous judicial system. It's to power itself solely through renewable energy.