UN Secretary-General Antonio Guterres is leading talks in the Gulf to try to resolve the crisis in Yemen. More pressure must be put on Saudi Arabia – and not only over Yemen, comments Kersten Knipp. 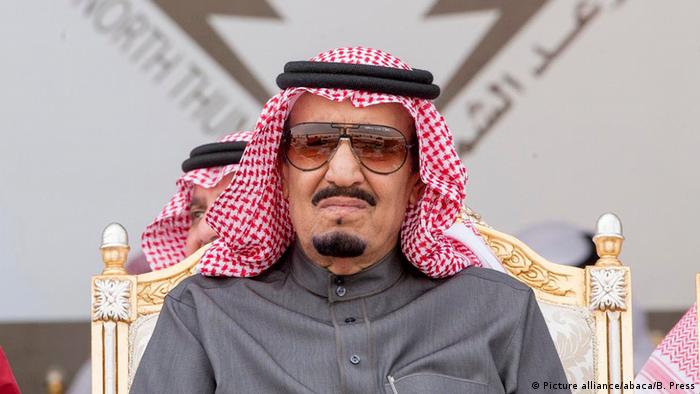 One topic dominated the agenda for UN Secretary-General Antonio Guterres in Kuwait: the war in Yemen. It is the poorest country in the Arab world and millions of Yemeni are on the brink of famine, according to the United Nations.

Since Saudi Arabia started an armed intervention almost two-and-a-half years ago, the smallest and by far the poorest country in the south of the Arabian Peninsula has gradually slipped into a humanitarian disaster. The latest UN statistics record that almost 14,000 civilians have been killed since fighting began, many of them children. More than 500 girls and boys died in the past year alone. There has also been an outbreak of cholera, and the epidemic has reached almost every province in the land.

The war has achieved nothing. The resistance by the Iran-backed Houthis is unbroken, and Tehran's influence in Yemen is growing. The country's population is the victim of a proxy war, being waged by the Saudis above all, with a particular lack of mercy, and primarily from the air. For Saudi strategists, civilian lives are clearly of lesser significance.

Guterres' discussions in Kuwait were intended to be the start of further efforts by the international community to end the war in Yemen. But that should not be all. Because Saudi Arabia's behavior toward its neighbor is typical of the kingdom's behavior overall.

A terrible state of affairs

Within Saudi Arabia itself, the people who bear the brunt of this behavior are government critics, people from the Shiite minority, or people who cannot relate to the country's religious ideas. One example is the well-publicized case of the stateless poet Ashraf Fayadh, a descendent of Palestinian refugees, who was initially condemned to death for "apostasy." His sentence was then commuted to eight years in jail and 800 lashes.

The kingdom demonstrates the same imperious intolerance on an international level that it displays toward its subjects. The row with Qatar, initiated almost three months ago, also demonstrates what Saudi Arabia understands as good politics: namely, politics conducted solely according to Riyadh's ideas. The culmination of this is the demand that Qatar shut down its broadcaster, Al-Jazeera. A broadcaster that – apart from its reporting on Qatar itself – is probably more committed to pluralism and diversity of opinion than any other on the Arabian Peninsula.

The idea that the population of the region might form their own view of the world as opposed to adopting the one prescribed by Wahhabi fundamentalists, the Saudi guardians of the faith – for Riyadh, this is clearly the pinnacle of intellectual and political effrontery. At the same time, it makes the leadership nervous: After all, it might give the citizens of the kingdom the idea of asking a few uncomfortable questions about the leadership's political legitimacy. Is it actually based on rights other than the rights of blood?

It is also interesting that Riyadh has accused Qatar of sponsoring terrorism. A few weeks ago the British neo-conservative Henry Jackson Society published a study that asserted Saudi Arabia was one of those indirectly responsible for the spread of religious extremism in the United Kingdom. For years, it wrote, money has been flowing from Saudi Arabia to mosques and Islamic cultural centers where extremist preachers have also come and gone. From 2007 to 2015, the study says, this financial support doubled – to the tune of $4 billion. According to its research, some of the most notorious hate preachers in the UK have been among the beneficiaries of these programs.

It is subjects like these that Guterres needs to address – with Saudi Arabia, too. And it is even more important that the Europeans to do the same.

By carrying out terrorist attacks in Europe, the group known as "Islamic State' (IS) aims to incite the population of Europe against Muslims, and thus to isolate them. It calculates that this will drive them into the arms of the extremists.

Saudi Arabia is certainly not IS. But the funds flowing from the kingdom to Europe are going in the same direction. Europeans must defend themselves against this. Many Muslims also have reservations about a chauvinist-reactionary interpretation of Islam. They – and only they – can be Europe's long-term partners in the fight against Islamist extremism.

Canada is investigating reports that Saudi Arabia has been employing armored trucks made near Toronto in violence against civilians. Rights groups say Ottawa should suspend weapon sales to Riyadh. (04.08.2017)

Yemen: Between conflict and collapse

Yemen has found itself in the middle of a humanitarian catastrophe. Even as the country battles with crumbling infrastructure, hunger and disease, the Saudi Arabia-led military intervention continues. (28.07.2017)