A group of 44 rich nations received 866,000 asylum applications last year, according to new UN statistics. Sweden topped the list in relation to its population size. At 173,000, Germany received the most asylum bids. 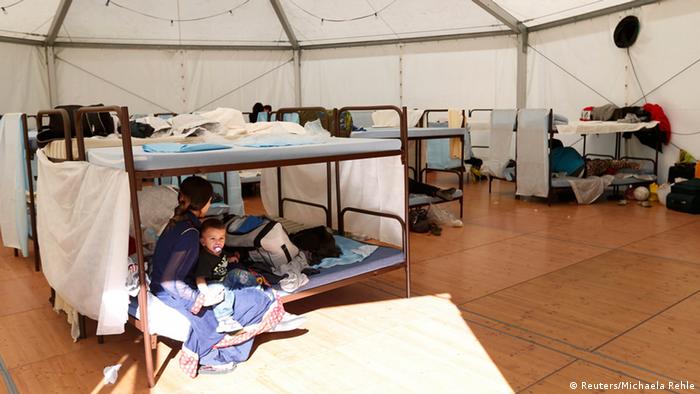 A group of 44 rich nations received 866,000 asylum-seeker applications last year, according to new UN statistics. Sweden topped the list in relation to its population size. At 173,000, Germany received the most asylum bids.

The overall figure was the highest attributed to the 44 nations since 1992 but remains still relatively low compared to refugee numbers in Lebanon, Jordan and Turkey.

They were followed by applicants from Serbia, Kosovo and Eritrea.

In relation to a recipient country's population size, Sweden was highest, processing 75,100 applications, mostly from Syria and Eritrea.

Next placed on population size was Malta, followed by Luxembourg, Switzerland and Montenegro.

In absolute numbers, Germany topped list by receiving 173,000 asylum applications, followed by the USA with 121,000, and then Mexico.

The group of 44 also includes Canada, Australia and Japan.

UN commissioner Antonio Guterres said the current needs of refugees were just as great as during the Balkan wars of the 1990s.

He urged all countries to ensure access to asylum, to provide resettlement programs and other forms of protection.

In a reference to last year's conflict over Ukraine, the UNHCR cited methodical reasons for not including Russia in its statistical summary.

The UNHCR did however cite 265,000 requests for temporary asylum and 5,800 applications for refugee status in Russia.

Simultaneously, 15,700 Ukrainian nationals had filed applications for asylum in the 44 industrial nations.

Interior ministers of Germany's 16 regional states attending a conference in Kiel on ways to integrate refugees have called on the federal government to provide more resources under Germany's complicated system of funding and share responsibilities.

Bavaria's integration minister Emilia Müller said this year Germany was likely to receive significantly more than the 300,000 asylum-seekers forecast by the federal government.

"The federal government must readjust its prognosis to fit reality," Müller said.

In addition to language courses, she demanded custom-fit projects to provide social welfare housing for asylum-seekers.

Four years since the start of the Syrian civil war, a group of aid organizations has called on the United Nations to commit itself to ending the conflict. Despite UN resolutions, the situation continues to worsen. (12.03.2015)