In a last ditch effort to maintain sovereignty over the breakaway republic, Serbia has challenged the legality of Kosovo's independence in the International Court of Justice in The Hague. 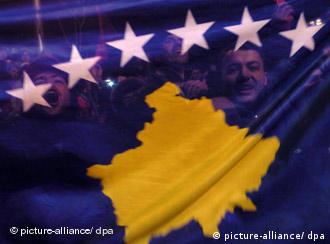 The ICJ will decide the legality of Kosovo's independence

Serbian newspapers on Thursday, Oct. 9 announced a "great diplomatic victory" following a UN decision to seek an advisory legal opinion from the International Court of Justice (ICJ) on Kosovo's unilateral declaration of independence.

The UN General Assembly on Wednesday voted 77-6 to send the request to the ICJ in The Hague, with 74 abstentions. The request read: "Is the unilateral declaration of independence by the provisional institutions of self-government of Kosovo in accordance with international law?"

Serbia insists that Kosovo, with its majority Albanian population, is its territory and has warned that dismembering a sovereign state could trigger a wave of secessions worldwide. The territory announced its independence in February and has since been recognized by nearly 50 countries, including the US and all but five European Union members. Its promotion in the UN was however blocked by Serbia's ally Russia. 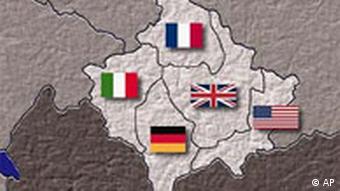 Germany abstained from the UN vote Wednesday. According to news agancy AFP, Chancellor Angela Merkel said that, while they were convinced the recognition of Kosovo as an independent nation was the right thing to do, they "cannot say that the International Court of Justice is not allowed to decide."

In addition to Germany, 22 other EU nations abstained, while Spain, Cyprus, Greece, Romania, and Slovakia voted in favor.

In the debate ahead of the vote, France and Britain, which have recognized Kosovo, said its case is unique and therefore is not a threat to Serbia's sovereignty and territorial integrity. The US voted against Serbia's initiative.

The outcome of the vote particularly pleased the Serbs, who feel that the West wanted to carve Kosovo out of Serbia and that the realization of the plan started even before the 1999 NATO bombing campaign which expelled Belgrade's army and police from the province.

"Is anything more natural than ... somebody's claim for the rule of law? Can you imagine a situation where authorities in France, Great Britain or America advise citizens not to seek justice in court because they would anyway not heed the court's ruling?" a column in Blic said.

The nationalist side of the media was reflected in a huge headline on the front page of the tabloid daily Press, which read, "Serbia busts America in UN."

Ethnic Albanian-majority Kosovo has been administered by the United Nations since 1999 when it was wrested from Belgrade's control in a NATO air war.

Germany's parliament will decide on Thursday, June 5, whether to keep its soldiers in Kosovo for another year. The peacekeeping mission is seen as crucial to maintaining order in the former Serbian province. (05.06.2008)

UN General Assembly: Germany struggles to define its place in the world 24.09.2021