UN adopts resolution on rape in conflicts after US threatens veto

The UN Security Council bowed to pressure from the United States after it threatened to veto a German-drafted resolution on rape in conflict. Germany said the resolution still strengthens justice for victims.

The UN Security Council on Tuesday adopted a watered-down, German-drafted resolution on sexual violence in conflicts, after last-minute amendments were added to appease the United States.

The United States had threatened a veto due to references to "sexual and reproductive health care" for survivors of rape and abuse in wartime, saying the wording amounted to support for abortion.

The vote passed 13-0, with veto-wielding permanent members Russia and China abstaining, after Germany was forced to bow to the US pressure and remove the text on sexual and reproductive health.

Despite the weakened text, German Foreign Minister Heiko Maas said the resolution would facilitate the punishment of perpetrators of sexual violence, including applying sanctions, and supporting victims.

Maas said that the resolution brought victims to the center of attention.

"The resolution calls on all UN member states to support victims through better access to justice, medical and psychological assistance and reintegration into society," he said.

The resolution also draws attention to victims of sexual violence who have too often been ignored, he said, including men, boys, mothers and children.

The US position drew criticism from other Security Council members, with France's Ambassador Francois Delattre saying he was "appalled" by the US demand.

It is "inexplicable that access to sexual and reproductive health is not explicitly recognized for victims of sexual violence, who are often the targets of atrocious acts of violence and barbaric mutilation," he told the 15-member body. 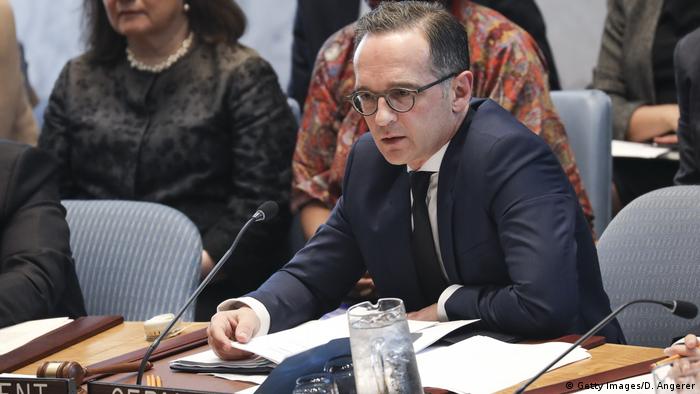 What does the resolution state?

The resolution expressed concern at "the slow progress" in addressing sexual abuse in conflicts, which occur with impunity "and in some situations have become systematic and widespread, reaching appalling levels of brutality."

It also urges providing justice for victims, but under pressure from the United States references to the International Criminal Court (ICC) in prosecuting suspected perpetrators of sexual violence were eliminated. The United States is not a member of the ICC out of concern for the sovereignty of US courts and the prospect of war crimes cases being opened against US soldiers and officials.

Mukwege: 'We must shift shame from victim to rapist'

Speaking at the UN before the vote, they condemned the international organization's failure to act.

"Not a single person has been charged for sexual slavery," said Murad in reference to the massacres and enslavement of her Yazidi community by the "Islamic State" group in Iraq and Syria. 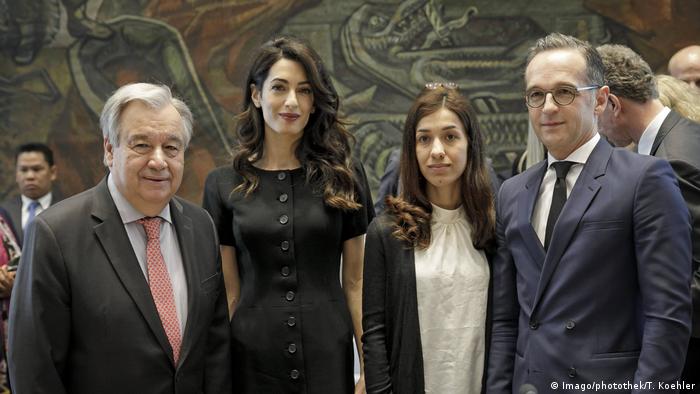 Fatou Bensouda, the ICC's chief prosecutor, said she will be able to continue her work despite having her entry visa revoked. Last year, she asked to open a probe into alleged war crimes by US troops in Afghanistan. (05.04.2019)