How does the International Criminal Court answer criticisms that it is illegitimate? | News and current affairs from Germany and around the world | DW | 03.04.2019

How does the International Criminal Court answer criticisms that it is illegitimate?

'Do you want me to tell you …. the chamber is going to drop it? I cannot,' Judge Chile Eboe-Osuji on US attacks of ICC for investigating alleged war crimes in Afghanistan.

The president of the International Criminal Court has no clear answer for US officials who have attacked the court’s moves to investigate alleged US war crimes in Afghanistan.

"There is a matter now pending before a chamber of this court and we need to leave it at that," the Nigerian born judge told DW’s Tim Sebastian.

In recent months senior officials from the administration of US President Donald Trump have called the court "illegitimate" and said Washington will deny visas to ICC staff. US Secretary of State Mike Pompeo has warned of potential economic sanctions if court does not change course.

TheInternational Criminal Court is struggling for relevancy. Russia and China have sought to block the court’s investigation of Myanmar for alleged crimes against humanity against the Rohingya people. The Philippines under President Rodrigo Duterte has formally left the court after the ICC launched an investigation into the thousands of deaths in Duterte’s war on drugs. Burundi has also quit the ICC. Numerous African leaders have threatened to do the same and have long called the court biased. More than 30 countries have ignored ICC warrants for the arrest of Sudanese President Omar al Bashir for alleged war crimes in Darfur.

But the greatest challenge perhaps has been the full-frontal assault by the United States under the Trump administration. Washington never ratified the 1998 Rome Statute which created the court and has long insisted the ICC has no jurisdiction over US military personnel. But the current US administration has ramped up its rhetoric against the ICC. 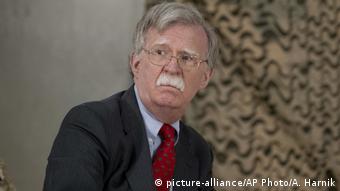 US National Security Advisor John Bolton: "We will let the ICC die."

In September 2018, US National Security Advisor John Bolton said, "We will let the ICC die on its own … for all intents and purposes, the ICC is already dead."

This came in response to the ICC moves to open an investigation of the for alleged war crimes in Afghanistan.

"The court is not dying," ICC President Chile Eboe-Osuji told DW’s Tim Sebastian on Conflict Zone. Speaking at the courts’ offices in The Hague, the Nigerian judge, who has only headed the ICC since March 2018, said he still hoped the United States would be part of the court.

"We are urging them to reconsider their position and join the court and cooperate because this court was established for reasons that America cared about in the first place," Eboe-Osuji said. 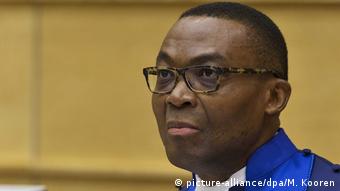 The judge said he was confident the US would reconsider its position on the ICC.

The ICC president insisted he was not being complacent about the hostility from the current US administration, but instead said the reasons for the court’s creation were as valid as ever.

"There should be a place of accountability for those who commit genocide, those who commit crimes against humanity, those who commit war crimes. Those reasons remain imperative and it's important to the United States as much as it is for the rest of the world. And that is why this court was created."

“States have the primary responsibility to do justice. The court is only a court of last resort,” the ICC president said.

When Sebastian asked about China, India, Pakistan and Russia also not supporting the court, Eboe-Osuji said more than 120 countries were parties to the Rome Statute and highlighted that Malaysia had recently joined the ICC.

"The answer I give you is that 123 states who have faith in this court and we continue to work at their behest. Now we continue to urge those who have not joined to do so, so that humanity all over the world will come under the umbrella, the protection of the ICC," Eboe-Osuji said.

Sebastian pressed the ICC president over the court being blocked by UN Security Council permanent members from investigating and prosecuting, such as the Syrian regime’s alleged war crimes against its own citizens. 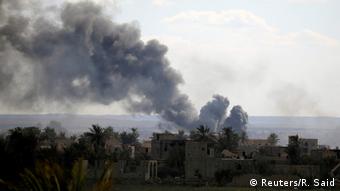 The civil war in Syria has claimed hundreds of thousands of lives. Millions of Syrians have fled the country.

"The best that I can do is what I'm doing now: Using your program to urge them to reconsider their position and join the court because it protects humanity under their own watch as well. That is what we hope to see happen," the ICC president offered.

When asked about the acquittal at the ICC of former Ivory Coast President Laurent Gbagbo, the ICC president said he could not comment on the specifics of the case because he could have to rule on an appeal.

But Eboe-Osuji added, "As a judge I must tell you that I do not regard acquittal as a stunning defeat."

"I understand how victims will be disappointed, but we have other ways of trying to attend to the victims. For instance, there’s something we call the trust fund for victims by the way I would urge you to donate to that," the ICC president said.

In his annual state of the nation address, President Rodrigo Duterte has said his brutal war on drugs in the Philippines "is far from over." Thousands rallied outside Congress against his autocratic rule. (23.07.2018)

Myanmar's government is facing increasing international pressure for its violent crackdown on the Rohingya people. The International Criminal Court says it has jurisdiction over the crisis, but a conviction is unlikely. (11.09.2018)

The former president of Ivory Coast has been acquitted of crimes against humanity, raising concerns over the effectiveness of the International Criminal Court and leaving victims still waiting for justice. (15.01.2019)