Turow coal mine: EU to withhold Poland funds over dispute 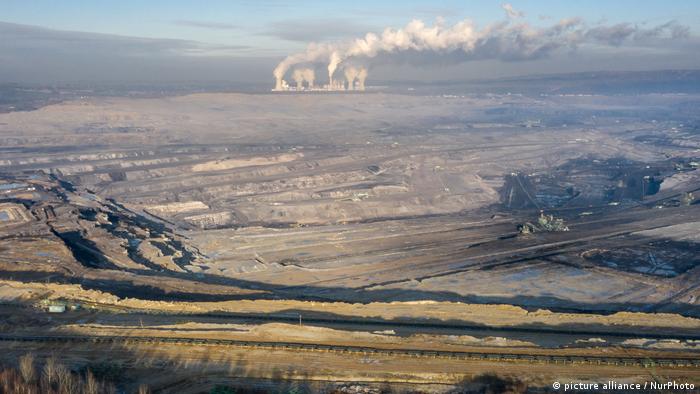 The European Commission took the unprecedented decision to withhold millions of euros in budget funds from Poland on Tuesday over unpaid fines related to a long-running coal mine dispute.

The EU funding earmarked for Warsaw that will now be held back amounts to some €15 million ($17 million).

Upon hearing the news, Polish government spokesman Piotr Muller hit back, saying his country would deploy "all possible legal means to appeal against this," Poland's PAP news agency reported.

The dispute is over a European Court of Justice (ECJ) case relating to the Turow mine near Poland's border with the Czech Republic and Germany. Both countries had complained of environmental damage caused by the mine.

In 2020, Prague argued that Warsaw's expansion of operations there without environmental checks went against EU law, amid fears of polluting drinking water.

These complaints underpinned the ECJ's interim decision in May 2021 for mining to be stopped until the EU's highest court issued a final ruling.

Poland refused, and in September 2021, the ECJ imposed daily fines of €500,000 for as long as Warsaw ignored the interim decision.

Last week, Poland reached an agreement with the Czech Republic to end the dispute over the coal mine.

The prime ministers of both countries ended the bitter battle over the Turow mine, but it doesn't erase the financial penalties previously incurred. While the deal between Warsaw and Prague stops additional court fines from accruing, the outstanding amount still remains.

Protests by miners against the government's plans to restructure Poland's energy sector reflect strategic and political confusion. There's a lack of dialogue on energy transition policies.

The Constitutional Tribunal said that law out of Warsaw can take precedence over laws coming from Brussels. The decision could affect Poland's relationship with the EU.

How EU countries are reacting to high gas prices

Some states are spending billions of euros to cushion the impact of skyrocketing energy prices on private households. Here are a few examples.