Protests by miners against the government's plans to restructure Poland's energy sector reflect strategic and political confusion. There's a lack of dialogue on energy transition policies. 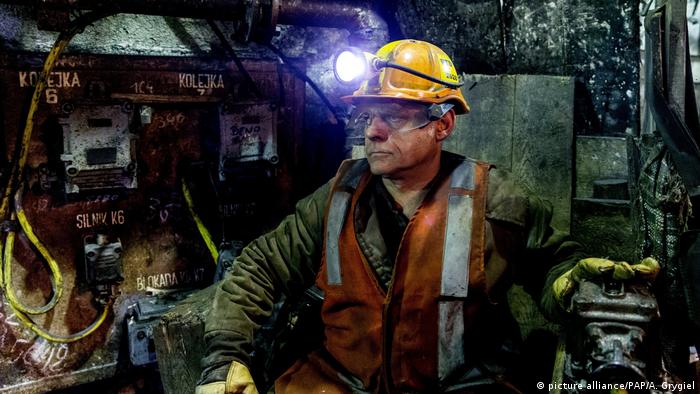 Poles have long become accustomed to miners' strikes and often raucous protests, but many were surprised after the unions and government appeared to have brokered an agreement to restructure the ailing mining sector in April.

Part of the restructuring package will be funded by EU money if the European Commission approves the government's proposals in July. And therein lies the problem.

What's behind the protests?

"The main reason for the protest is the lack of dialogue with the government," Lewandowski told DW. "The workers in energy and fuel companies have not received answers to basic questions concerning, first of all, job protection," Lewandowski said.

"As for our neighbor, Germany is opening new coal-fired power plants and new lignite mines, although they say they are moving away from energy produced this way," Lewandowski added.

Wind and solar energy would not be enough to substitute for coal, while the only viable option is nuclear energy, Krzysztof Gonerski, head of a Solidarity union branch at the Enea energy company in Gorzow Wielkopolski, believes.

"But Germany is already saying it will not allow a nuclear power plant near its border, so we will have to import expensive energy from Germany, from France," Gonerski told the AP news agency.

The protesters also want details on the plan for separating coal-based plants from power companies, putting them in the National Energy Security Agency (NABE) in a bid to give the largest power companies (PGE, Enea and Tauron) time to make the shift to greener alternatives.

In February, the government unveiled a plan to reduce coal's share in the power mix to 56% by 2030 through the use of offshore and onshore wind and solar energy, down from 69.7% in 2020, in part via construction of six nuclear power units.

On April 22, after seven months of negotiations, the government and unions agreed on a social contract for the coal sector through 2049. But unions wanted precise dates for mine closures and the exact amount of support for mining in 2021-2049 to be regulated by law. 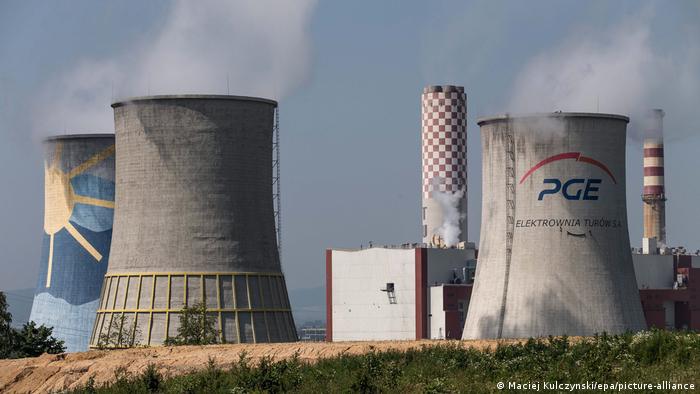 The EU's Just Transition Fund is a €17.5 ($19 billion) chunk of the EU budget and COVID-19 recovery fund allocated to help regions reduce fossil fuel industries and replace them with green enterprises. Poland employs over half of Europe's coal industry workforce and is thus in line for the biggest share of the fund.

According to the environmental law group ClientEarth, the deal is unlikely to get the European Commission's because of issues with compliance to receive state aid.

The EU plans to cut its carbon emissions to 55% below the 1990 level by 2030, which will be hard to hit without Poland on board. The target would require shutting down all coal-fired power plants in Europe by 2030, far earlier than Poland's desire to keep some coal plants operational until 2049.

At the end of May, the top EU court ordered Poland to immediately suspend mining in the Turow lignite opencast mine, the source of 7% of Poland's electricity.

On June 8, PGE — the owner of Europe's biggest coal complex, Belchatow announced that operations would end at the plant in 2036, although a nearby mine is to operate for two years longer. PGE said it will allocate 5 billion zlotys (€1.15 billion/$1.3 billion) for the transformation of the local region, but this would be implemented only on condition the Just Transition Fund agreed.

Poland lags behind its neighbors

"Poland has a totally different starting point of the transformation than any other EU countries, mostly due to dependence of the domestic economy on coal and not having a nuclear power plant," Dominik Brodacki, an energy analyst at Warsaw-based think tank Polityka Insight, told DW.

Coal phaseout strategies have been largely uncoordinated at regional or European level. Germany has decided to phase out coal by 2038 at the latest, the same goes for the Czech Republic.

Germany has made the most progress towards renewables, reaching 50% of renewables in its energy mix. The Czech Republic has nuclear power, which doesn't emit carbon dioxide. The country's six nuclear reactors supplied 35.2% of its electricity in 2019.

"In Germany the discussion was with all stakeholders in the energy sector, it was a well-structured process," Lidia Wojtal, of Berlin-based think tank Agora-Energiewende and a former Polish climate negotiator, told DW.

"In Poland this was not the case, where it is highly fragmented, with big gaps, and people are being lost as the process moves on. It does not seem to be well-thought-through," she said. 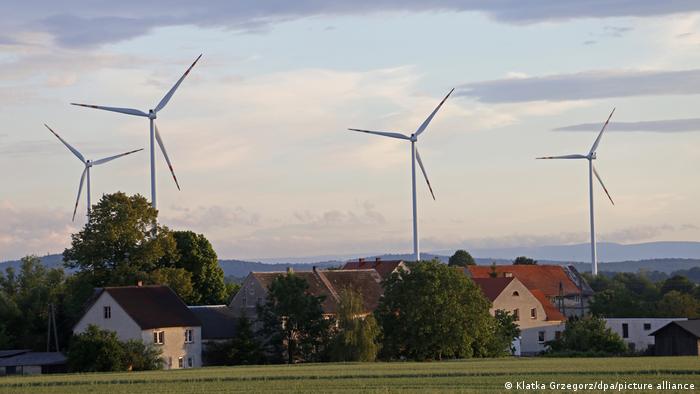 There aren't many wind farms in Poland, but the number could rise considerably soon

Do the protesters have a point?

"Belchatow is supposed to be closed down in 2036, but the mine which supplies it with the lignite should operate until 2038. What is the purpose? Such plans create a lot of uncertainty among the workers and provoke protests and frustration," Piotr Buras, Warsaw director of the European Council on Foreign Relations, told DW.

"Turow is yet another example of this chaotic and unrealistic policy," Buras argued.

"It is supposed to operate until 2046. This means it would be closed down just a few years before the EU and Poland should become fully climate-neutral. This is completely unrealistic — it will become economically unviable already in the 2030s.

The real problem that Poland is facing will not happen in 2050, but with electricity shortages after 2025, when a number of coal-driven power plants will have to be closed because of high CO2 emissions not allowed by the EU or simply because of their age.

There is no plan how to supplement the losses, Buras warned.

"For years, Polish governments have been repeating the lie that coal can and will remain the basis of the Polish energy production,2 Joanna Flisowska, head of Climate & Energy at Greenpeace in Poland, told DW.

A long hot summer could be in store.

Poland has moved closer to ending reliance on coal after the government, the country's largest mining firm and unions agreed to phase out all coal mines by 2049. But not all are convinced the timetable is fast enough.

A rescue operation is underway to find miners trapped in a Polish coal mine following two gas explosions overnight. At least five people were killed, while several others are still unaccounted for.