The Constitutional Tribunal said that law out of Warsaw can take precedence over laws coming from Brussels. The decision could affect Poland's relationship with the EU. 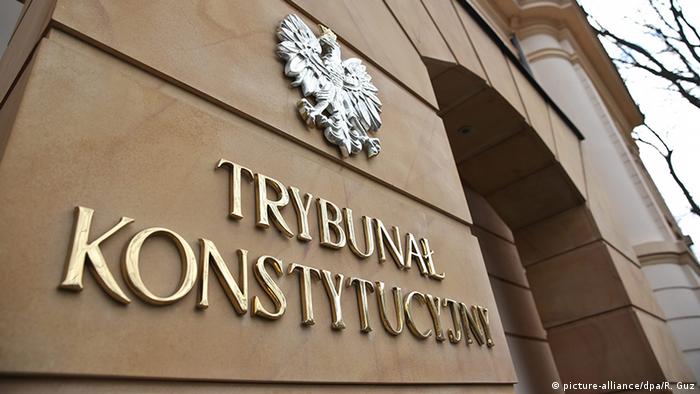 Poland's constitutional court said on Thursday that Polish law can take precedence over EU law amid an ongoing dispute between the European bloc and the eastern European member state.

The decision by the Constitutional Tribunal came after Polish Prime Minister Mateusz Morawiecki requested a review of a decision by the EU's Court of Justice (ECJ) that gave the bloc's law primacy. Two out of 14 judges on the panel dissented from the majority opinion.

"The attempt by the European Court of Justice to involve itself with Polish legal mechanisms violates ... the rules that give priority to the constitution and rules that respect sovereignty amid the process of European integration," the ruling said.

Brussels considers the Constitutional Tribunal illegitimate due to the political influence imposed upon Poland's judiciary by the ruling Law and Justice party (PiS).

What was the court case about?

The court looked specifically at the compatibility of provisions from EU treaties — which are used by the European Commission to justify having a saw in the rule of law in member states — with Poland's constitution.

A ruling by the ECJ in March said that the EU can force member states to disregard certain provisions in national law, including constitutional law.

The ECJ says that Poland's recently implemented procedure for appointing members of its Supreme Court amounts to a violation of EU law. The ruling from the ECJ could potentially force Poland to repeal parts of the controversial judicial reform.

The EU is withholding billions of euros of aid for post-pandemic rebuilding in Poland over concerns that the rule of law is being degraded in the country.

How did Poland react?

"The primacy of constitutional law over other sources of law results directly from the Constitution of the Republic of Poland," PiS government spokesman Piotr Muller wrote on Twitter after the court's decision. "Today (once again) this has been clearly confirmed by the Constitutional Tribunal."

Michal Wawrykiewicz, a pro-EU lawyer critical of the government, called it a "black day" in Poland's history. "It's a confederation of anti-democratic forces against Poland's membership in the European Union," he tweeted.

A group of pro-EU protesters outside the Warsaw constitutional court with banners reading "We are Europeans" reflected 80% of the population's desire to remain in the EU.

How has the EU reacted?

EU leaders and institutions reacted angrily to the court ruling with the president of the European Parliament, David Sassoli, calling on the European Commission to "take the necessary action."

"Today's verdict in Poland cannot remain without consequences. The primacy of EU law must be undisputed. Violating it means challenging one of the founding principles of our union," Sassoli said.

The European Commission flatly rejected the Polish court ruling in a statement.

"EU law has primacy over national law, including constitutional provisions,'' the statement said.

"All rulings by the European Court of Justice are binding on all member states' authorities, including national courts... The (EU) Commission will not hesitate to make use of its powers under the treaties to safeguard the uniform application and integrity of Union law," the European Commission added.

Terry Reintke, shadow rapporteur on Poland for the Greens-European Free Alliance Group said Thursday's ruling "flies in the face of what the Polish government has signed up to as a member of the European Union." 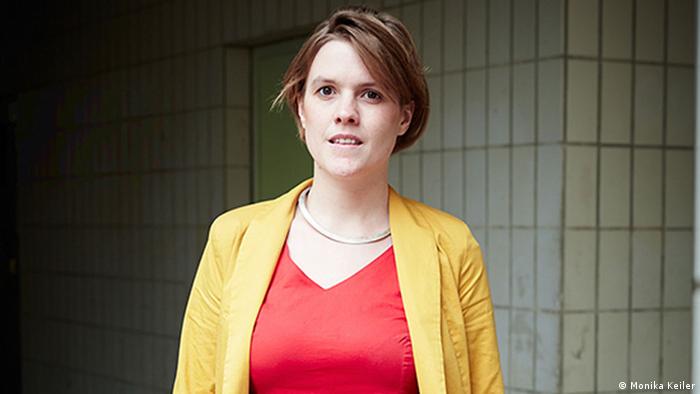 "Fellow EU governments must no longer stand by and do nothing as the Polish government attempts to rewrite the rules of democracy to suit their own interests," she said.

The EPP group, the center-right bloc in the European Parliament to which PiS belongs, came out strongly against the court's ruling.

"It’s hard to believe the Polish authorities and the PiS Party when they claim that they don’t want to put an end to Poland’s membership of the EU. Their actions go in the opposite direction. Enough is enough," Jeroen Lenaers, MEP and spokesperson for the group, said.

"The Polish Government has lost its credibility. This is an attack on the EU as a whole," he added.

Poland's tense relations with the EU

The European Parliament called on Morawiecki to cancel the court case in a resolution passed last month. It stressed the "fundamental nature of primacy of EU law as a cornerstone principle of EU law."

Poland has come under repeated fire from the EU including over issues to do with LGBTQ rights and women's rights and media freedom.

The judiciary reforms by the PiS government have been seen as a threat to Poland's membership within the 27-member bloc as well as to the stability of the EU as a whole.

The court's decision on Thursday came as little surprise. The presiding judge, Julia Przylebska, is a government loyalist who was appointed by the ruling party.

Jack Parrock, DW's correspondent in Brussels, highlighted the importance the decision could have on Poland's role in the EU.

"One of the cornerstones of EU membership is that EU law has primacy over all other laws and that the European Court of Justice is the top court within the European Union and what these judges are saying is that in some aspects they don't believe that that is the case," he told DW. 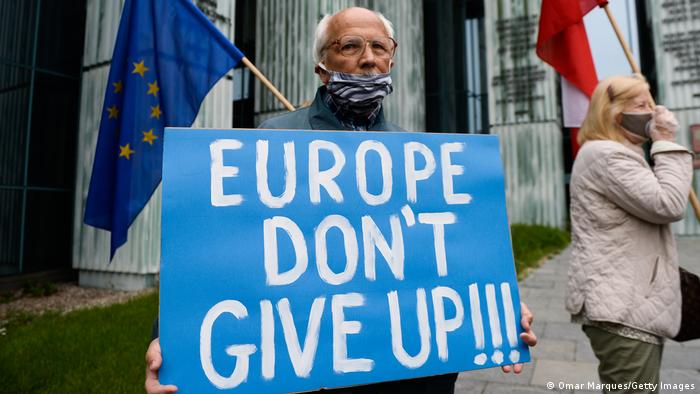 "This all started because the European Court of Justice essentially ruled that certain aspects of judicial tampering that the government was doing in Poland's judiciary were not in line with EU law," Parrock explained.

"This has been an ongoing saga, and this is a pretty major issue now for the EU. We've already seen some pretty strong reactions coming from European parliamentarians and I'm sure we're going to see some harsh criticism of this ruling coming from the European Commission," he added.