Fear and loathing at Poland′s Turow coal mine | Business | Economy and finance news from a German perspective | DW | 28.09.2021 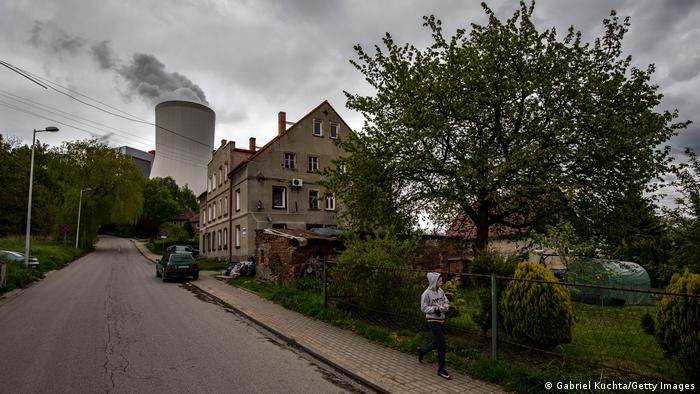 When the European Court of Justice (ECJ) hit Poland with a €500,000 ($586,000) daily fine on September 20 after Warsaw refused to shut down the country's Turow coal mine, many in the small Polish town of Bogatynia near the border with the Czech Republic and Germany feared the worst.

In June, Prague asked the EU's highest court to fine Warsaw €5 million per day for failing to halt production at the mine after arguing the mine created environmental problems.

The conflict was triggered when PGE, a state-controlled energy holding that runs the mine, said it was planning to expand digging closer to the Czech border. The Czechs are worried about the mine's impact on ground water levels, dust and noise. The Polish government say the planned mining area is within the boundaries stipulated by a 1994 permit and that studies have had minimal impact on ground water levels.

Czech Foreign Minister Jakub Kulhanek has indicated he wants to negotiate with Poland on the future of the mine, but added that environmental issues would be a priority. Bilateral negotiations are ongoing, though Polish officials said the country would not pay any fines nor close the mine. Officials from the two countries met again on September 27, telling reporters that talks were "difficult" and would continue this week.

"We are not going to turn off Turow, it would deprive millions of Polish families of electricity," Polish PM Mateusz Morawiecki  said in a recent statement.

The mine, which has been operating since 1904, fuels a power station that provides 6% of Poland's electricity, to around 2.3 million Polish households, according to PGE. One in every two jobs in the region is directly or indirectly dependent on it. It employs about 1,250 people and is the fourth-largest coal-fired thermal plant in Poland.

Warsaw is locked in an ongoing spat with Brussels over linking rule of law breaches with financial penalties. The European Commission has accused Warsaw of backsliding, in particular over democratic accountability and independence of the judiciary.

In Bogatynia, which has a population of 17,000, the topic arouses strong feelings. A Czech journalist was even refused service in a bar in the town.

96% residents of Bogatynia are aware that the mine will be closed, and more than half acknowledge this will happen within 10-20 years, according to a study commissioned by PGE.

A woman born in Bogatynia who returned four years ago, told the Polish press agency PAP that the closure of the mine and power plants would be a disaster for the region. "My dad came here to work from central Poland and stayed," she said.

Both the Czech and Polish authorities have been at fault in the Turow case, she added. "The truth is probably somewhere in the middle. The dispute has worsened because there are elections in the Czech Republic," she said.

"We live well with the Czechs. Many people go there to work; We have friends in the Czech Republic. The Czechs are not to blame for this situation, only the politicians," she said.

According to Agnieszka, who works in a flower shop, the government should have acted much earlier. "The government put it off, they did not talk to the Czechs when there was a time for it. The negotiations are going very slowly," she said.

Agnieszka's brother-in-law and son-in-law work in the mine. "My son-in-law has already decided to move out of here, due to this uncertain situation. When the mine is closed, everyone will leave, local businesses will collapse and Bogatynia will cease to exist," she added.

"We used to be famous for cotton factories, and now there is nothing apart from the complex, nothing is being built. Young people are afraid to tie their future with this town" another local told PAP..

"In my opinion, the government should not step down now, because if it did, we would show the whole of Europe that we are weak, that we are doing what others tell us to do," Sebastian Mikulsk, an electrician at the plant, told the tabloid Super Ekspres. "We have a mortgage, how will I pay it when Turow ceases to function? he said. 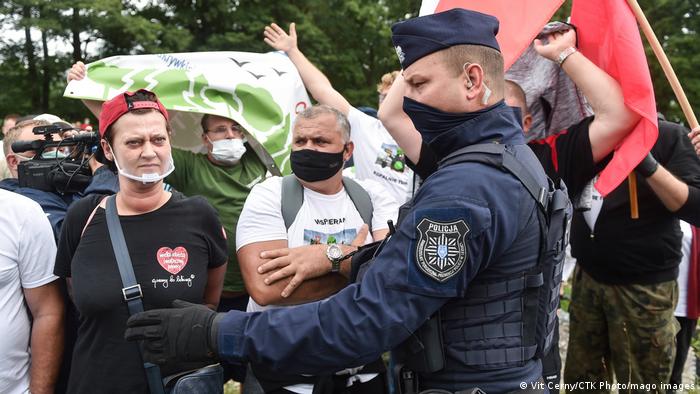 Hundreds of people from the Czech Republic, Germany and Poland protested against the Polish Turow lignite mine in August 2020

"What can we tell the inhabitants of Bogatynia when the EU wants to take away hot water from 50,000 inhabitants of the area, when the EU wants to throw them into poverty overnight?" Wojciech Ilnicki, head of trade union Solidarity at KWB Turow, said to DW."We don't want this kind of EU, we want a community and not just in the interests of the rich."

"Without the work of the Turow mine, we are all condemned to death here," he went on. "Even a wave of suicides cannot be ruled out."

"We will block the motorway so effectively that Germany and everyone else will ask us to unblock it," said Ilnicki, adding that a protest at the seat of the Court of Justice (CJEU) in Luxembourg is also under consideration. 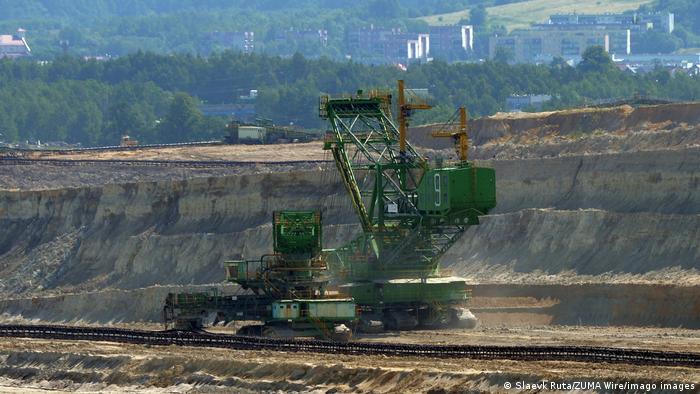 The way to resolve the Turow crisis is to conclude a Polish-Czech agreement on investments in water supply infrastructure in the Czech Republic, so as to minimize the impact of the Polish lignite mine on the state of water there, Robert Tomaszewski, an energy expert at the Warsaw-based think tank Polityka Insight, told DW.

"However, the talks on the Warsaw-Prague line, which started in June, did not end in a compromise. The Czechs are in no rush, because they know that time is on their side, and the financially squeezed Poles will have to agree to further concessions," he argued.

Tomaszewski said a breakthrough could come after the Czech parliamentary elections scheduled for October 8 and 9. "But it is not certain that the new government — it will probably be headed by Andrej Babis again — will be interested in resolving the crisis."

Turow will remain the most expensive power plant on the Continent, fired with lignite and with money from the Polish budget, he added.

But, he, noted, the political costs of the crisis might turn out to be even higher than the financial ones.

"The escalation of the conflict will only strengthen the anti-European rhetoric of United Poland (Solidarna Polska), which argues that sticking to coal is more profitable than staying in the EU. Rising energy prices may make Poles believe it," he concluded.