Turkey offensive in Syria forces Russia into a balancing act | World| Breaking news and perspectives from around the globe | DW | 14.10.2019

Russia has been pushing for the Damascus government to regain full control of Syria and to find a political solution to the ongoing war. But Turkey's intervention may only be a temporary setback for Russian interests. 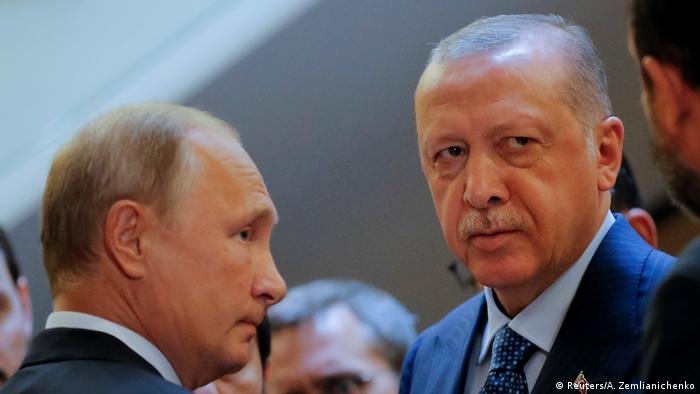 Russian President Vladimir Putin didn't openly condemn Turkey's Operation Peace Spring in the northeast of Syria — but it is clear he is hardly happy about the offensive. According to a Kremlin statement, Turkish President Recep Tayyip Erdogan spoke on the phone to Putin just before Turkey launched the offensive. Putin apparently "called on his Turkish partners to weigh its action with care, so as not to damage common efforts to regulate the Syrian crisis."

Russia's official line when it comes to Syria has been to push for the formation of a constitutional committee, which is seen as an important stepping stone in the peace process by the international community. The other repeated Russian refrain is the call for Syria's "territorial integrity" and sovereignty, which both Erdogan and Putin apparently emphasized on the phone as well.

To observers in Moscow, however, this operation is much worse for Russian interests than the Kremlin statement implies. Vyacheslav Matusov, a Middle East expert and former diplomat, tells DW that "the Turkish military invasion is not in Russia's interest, because Russia believes that the Syrian government should be the housekeeper on the territory of Syria."

After all, Russian forces entered the war in 2015 to back Syrian President Bashar Assad's government, and Russian military support has essentially swung the conflict in the Syrian government's favor in recent years. On Sunday, Putin insisted that any forces that were not explicitly called on by Assad's government for assistance in the war are essentially illegitimate occupiers and should leave the country. He almost certainly meant US forces — but probably Turkish forces as well. But Russian officials have also repeatedly called Turkish security concerns in their operation against Kurdish forces legitimate.

If the statements are contradictory, that is because they showcase Russia's current diplomatic balancing act over the Turkey operation, as the country attempts to cast itself as a mediator in this complicated conflict.

Kremlin aide Yuri Ushakov, speaking in Riyadh as Putin made an official visit to Saudi Arabia, said on Monday that Russia wanted Turkey to ensure its military offensive in northern Syria was proportionate with the situation.

While Russia's end game in Syria is to return the entire territory of Syria to the government in Damascus, Russia has also been pushing to keep Turkey on side, including with careful rhetoric. Putin has been meeting regularly with Turkish and Iranian leaders within the framework of the Astana peace talks; he has also held several bilateral meetings with Turkey's Erdogan this year alone. Though the two leaders are on opposing sides of the Syria conflict, with Russia backing the government and Turkey backing the opposition, the two leaders have close ties. Turkey recently completed its purchase of Russian S-400 missile systems despite criticism from its NATO allies. 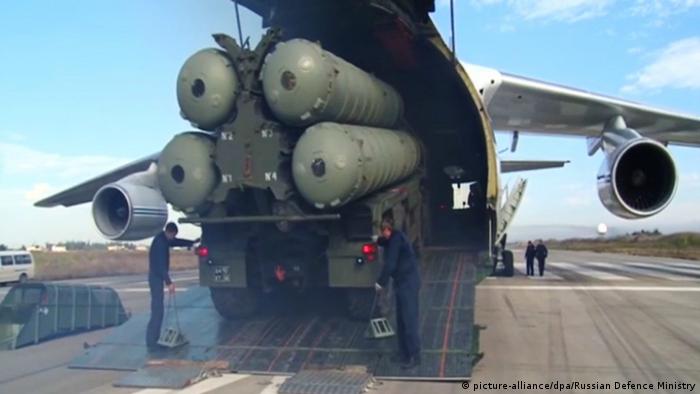 Turkey's military operation may be uncomfortable for Russia, but it is also providing the country with an opportunity for new successes as a mediator in the Syria conflict, especially as the US has signaled it may be heading towards a full military withdrawal from the country.

Over the weekend, Kurdish forces struck a deal with Syrian government forces to fend off the Turkish offensive, essentially handing over control of several border towns in the region to Russian-backed Syrian forces. The deal was reportedly brokered by Russia.

Where the Kurds were previously looking to US forces, with the "threat of a Turkish invasion, the Kurds are now looking to Damascus," Middle East analyst Vyacheslav Matusov tells DW. He argues that it was the US promises of Kurdish autonomy that had previously been in the way of bringing the Kurds back into the fold.

Middle East expert Andrei Ontikov agrees that Russia would like to see the US out of the Syria conflict in the long term. Though Turkey and Russia also don't see eye to eye on Syria, Turkey is a much more comfortable negotiating partner than the US, he argues. 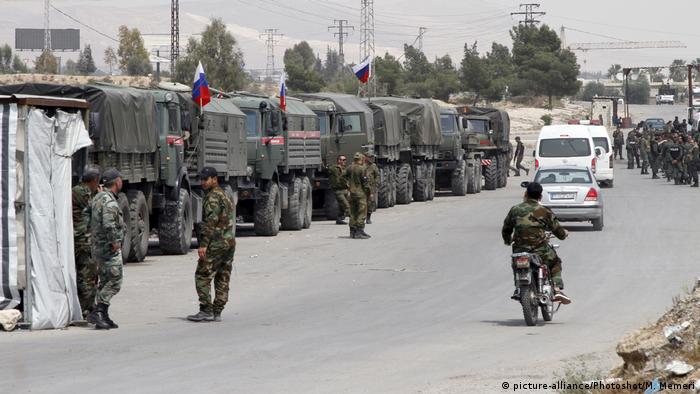 "If we [in Russia] have to choose between Turkey and the USA we choose Turkey. And we will make every effort to have the USA out of the Syrian territory," Ontikov tells DW. After all, he says there is a prospect of "constructive dialogue" on Syria with Turkey, while Russia "doesn't have that sort of dialogue with the Americans."

Though Moscow may be turning Turkey's military operation against Kurdish forces in Syria's northeast into a delicate diplomatic exercise, the offensive is much more than just a game for Russia. The offensive could seriously threaten Russia's national interests — and not just because any threat to a future Assad-led Syria is a threat to Russia retaining a permanent military foothold in the Middle East. Russia views the so-called Islamic State (IS) and its escaped adherents as a serious national security risk.

On Friday, Putin warned a summit of leaders of former Soviet countries that with the Turkish operation, IS fighters were escaping from facilities previously guarded by the Kurdish militias, who are now under attack by Turkey. "Now [the IS fighters] can run off and I'm not sure if — and how quickly — the Turkish army can get the situation under control," the Russian leader said. "That is a real threat to us," he told the other leaders, calling for the countries' security sources to cooperate.

Syria expert Andrei Ontikov calls Russia's push for stability in the country "banal pragmatism," as many ISIS fighters in Syria are from the Northern Caucasus regions in the South of Russia, or from Russia's neighbors in Central Asia.

"We need Syria to be calm so that it isn't a constant source of instability which could influence the situation in the Middle East — and in Central Asia and the Caucasus," Ontikov explains. "If things are quiet there, there won't be a threat from the South for Russia."