′Islamic State′ resurgence a ′very real possibility′ after US exits Syria | Middle East | News and analysis of events in the Arab world | DW | 07.10.2019

The sudden US troop withdrawal from Syria has left its Kurdish allies in the lurch. As a Turkish offensive looms, the risk of devastating consequences, including IS resurgence, has Brussels and much of Europe concerned. 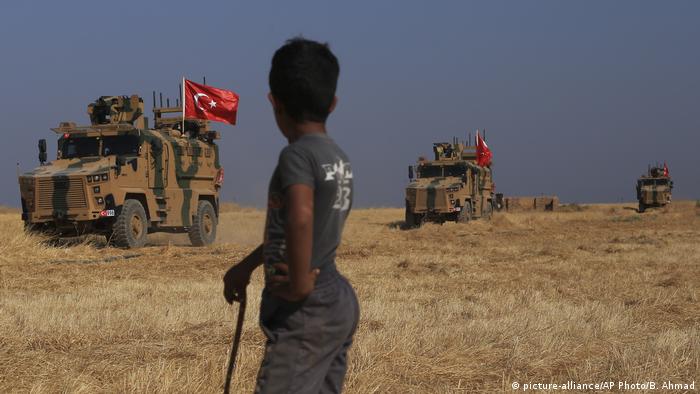 For months, Turkish President Recep Tayyip Erdogan has threatened to send troops into neighboring Syria. Then, on Saturday, he announced he would deliver on his promise and send Turkish air and ground forces into the country. Erdogan plans to create a "safe zone" along the Turkish-Syrian border. The purpose of this is to push back the Syrian Democratic Forces (SDF), which are led by the predominantly Kurdish People's Protection Units (YPG). Ankara considers the Kurdish militia a threat to its national security.

The YPG has, however, been the main ally of US forces in the region. Together, they managed to defeat the so-called Islamic State (IS). The US initially tried finding a solution to Turkey's border issue while at the same time trying to factor in the interests of the Kurdish militia. But this has come to naught, and US President Donald Trump made a surprise announcement on Sunday night that US troops that have worked with the YPG would pull out immediately. Early Monday, the SDF confirmed that US troops were already withdrawing from the region. The White House has said it will not come to the SDF's defense when Turkey invades northern Syria. 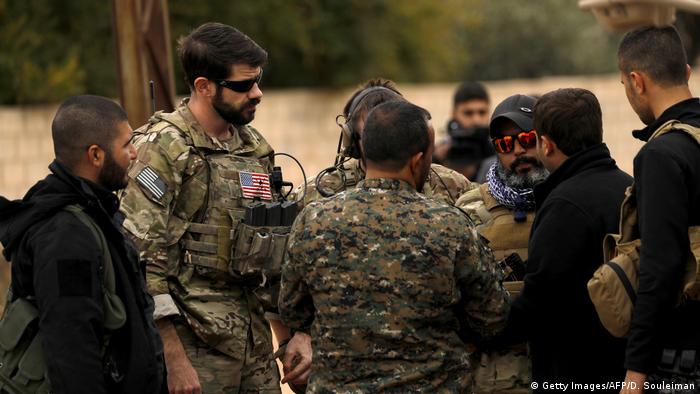 Around 1,000 US troops are now expected to withdraw, effectively abandoning local allies in Syria

Turkish invasion could be disastrous

Erdogan’s forces advancing into Syria could have catastrophic consequences both regionally and globally. Tens of thousands of IS supporters and fighters are being held in Kurdish camps in northern Syria.  Roderich Kiesewetter, a German lawmaker and member of the Christian Democratic Union (CDU), says "one of the biggest dangers is IS inmates fleeing from northern Syria to Iraq. This has a direct impact on our security interests."

Kiesewetter and many others in the European Union fear that the US troop withdrawal from northern Syria, and the arrival of Turkish troops in their place, could strengthen IS. Brussels is deeply worried about this prospect. European Commission spokeswoman Maja Kocijancic said that while the European Union recognizes Turkey's security concerns, it supports the territorial integrity of Syria. The bloc therefore sees Turkey's planned military campaign as unjustified. Kocijancic further told DW: "The renewed armed hostilities in the northeast will not only exacerbate civilian suffering and lead to massive displacement but will also risk severely undermining current political efforts which we support." 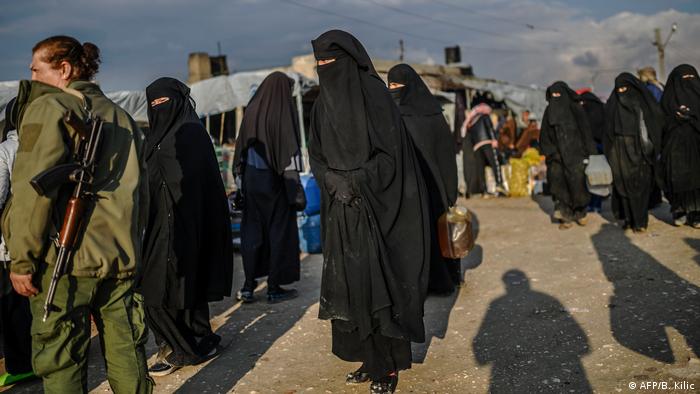 Captured IS fighters could escape

Julien Barnes-Dacey of the European Council on Foreign Relations think tank warns that Turkey has not made any plans in case of a resurgent IS. He says all Ankara cares about is keeping the Kurds in check and pushing them back.

Thousands of European IS fighters are now reportedly being held in Kurdish camps, some of which hail from Germany and other European countries. The US has demanded that countries across Europe repatriate their citizens who fought for IS and put them on trial — though Kosovo has done exactly that, the demands that have largely fallen on deaf ears. Barnes-Dacey says these countries have failed to take responsibility for their citizens. "If this region is engulfed by new conflict anything is possible in terms of the situation of these IS detainees and the very real possibility that they could escape and find new space to operate," he told DW. 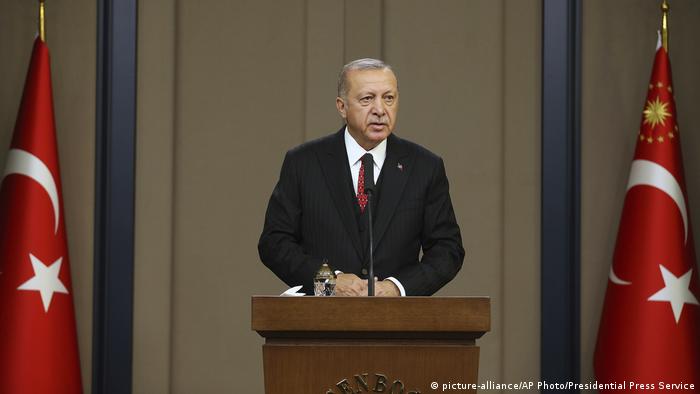 In addition to security concerns and the struggle for influence in the border region, the refugee situation in Turkey is likely to have played a crucial motivating role in the planned operation by the Turkish army. Since the beginning of the civil war, around 3.6 million Syrian refugees have fled to Turkey. Though early on there was a welcoming attitude, the mood in the country has shifted. President Erdogan has taken an increasingly hard line against Syrians. He has deported hundreds of thousands already and now plans to transport many of them to the "safe zone" he has planned in the northernmost area of Syria — though the vast majority of them are not from there, and critical infrastructure is lacking.

Many observers have strongly criticized the plan. Özlem Alev Demirel, a Turkish-born politician from Germany’s Left Party in the European Parliament, accuses Erdogan of wanting to do this only in pursuit of foreign-policy interests — namely, in order to destroy the Kurdish-led autonomous administration in the region. "The incursion and the resettlement of Syrian refugees are both aimed at gaining as much influence as possible on the restructuring of Syria," she says.

But renewed fighting in northern Syria could also lead to even more people trying to leave the country. Since the EU-Turkey refugee deal went into force in 2016, Turkey has been tasked with preventing refugees from traveling on to the EU. If the military offensive triggers a new wave of refugees, their numbers may increase in Turkey, which in turn may increase migration pressure on Europe.

For months, the situation in northern Syria created tensions between Turkey and the US, both of which are NATO member states. Ankara considers the YPG a terrorist organization; Washington has given it military support. For now, however, NATO is hesitant to get involved. In response to a request for information, a NATO spokesperson referred DW to Washington and Ankara.

Now, with the US troop withdrawal, no deescalation of the situation is in sight. US President Donald Trump went on a Twitter rant on Monday, threatening to ruin Turkey's economy — which is already struggling amid a debt and currency crisis exacerbated by US tariffs on many exports — if Ankara violated American interests during the invasion. "If Turkey does anything that I, in my great and unmatched wisdom, consider to be off limits, I will totally destroy and obliterate the Economy [sic] of Turkey," Trump wrote. Whether the US president will match action to those words cannot be predicted. But one thing is sure: If the "Islamic State”" regains influence amid the Turkish military offensive, Washington and Ankara alone will not be able to resolve the resulting conflict.

What is Germany willing to do to stabilize Syria? Will it prolong its anti-IS mandate? How does its large Syrian community affect matters? Ahead of the mandate's expiration, German lawmakers are debating the way forward. (03.09.2019)