No reason was given for Murat Cetinkaya's sacking, but the governor had been loath to cut the interest rate from 24%. Over the past year, Turkey has faced skyrocketing inflation as a result of a debt and currency crisis. 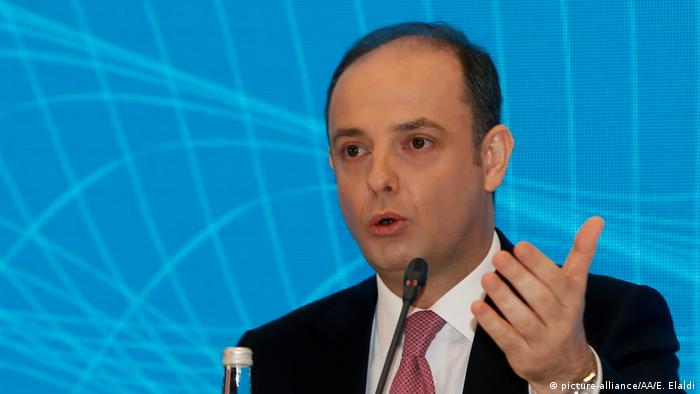 Murat Cetinkaya, fomer governor of Central Bank of the Republic of Turkey

Cetinkaya, who has held the role since April 2016, was replaced by his deputy Murat Uysal.

The decree, published in the official gazette, gave no official reason for the dismissal but speculation is rife that Cetinkaya had fallen out with Turkish President Recep Tayyip Erdogan over cutting interest rates.

Last September, as the country's debt crisis worsened and the currency plummeted by 30%, the governor hiked the interest rate by 625 basis points to 24%, where it has remained ever since.

Erdogan has repeatedly railed against high rates, calling them the "mother and father of all evil" and urging them to be lowered in a bid to stimulate growth.

In a sign of his attempt to control monetary policy, last year Erdogan appointed his son-in-law Berat Albayrak as finance and treasury minister, which further spooked investors.

The Turkish economy slipped into recession earlier this year as the lira continued to weaken and soaring inflation took a heavy toll on overall output.

Uysal insisted he would continue to use monetary policy tools "independently" while remaining focused on ensuring price stability as his "main aim," according to a central bank statement.

Analysts expect the bank could ease monetary policy at a July 25 meeting if the lira is not hit this month by threatened US sanctions over Turkey's purchase of a Russian missile defense system.

Under a new economic program, Turkey wants to cut its growth sharply and promised to curb public spending, as it seeks to avoid a full-blown economic crisis fueled by massive inflation and a plunging currency. (20.09.2018)

Some emerging economies, including Turkey and Argentina, could be forced to cut spending to bridge yawning deficits. As interest rates continue to rise in the US and Europe, there is no respite for them any time soon. (18.10.2018)