What is Germany willing to do to stabilize Syria? Will it prolong its anti-IS mandate? How does its large Syrian community affect matters? Ahead of the mandate's expiration, German lawmakers are debating the way forward. 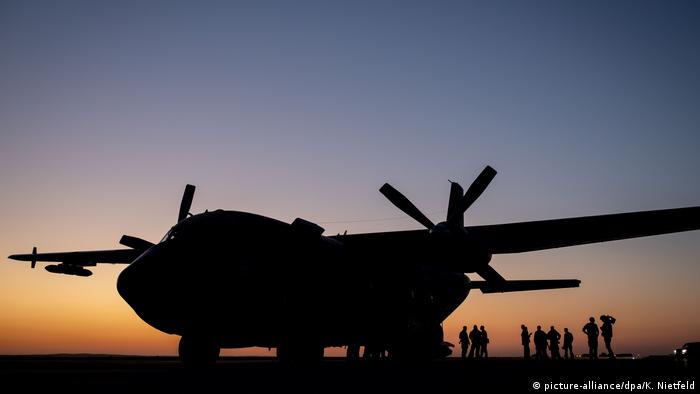 Germany’s "anti-IS mandate," which if not prolonged is set to expire on October 31, is causing tension among the coalition partners in Chancellor Angela Merkel’s government. The mandate, which started in 2015, aims to help eliminate the so-called Islamic State (IS) in Iraq and Syria, as a part of the Coalition of the Willing. The United States recently said that IS has been significantly weakened but is not fully eliminated — and wants Germany to keep up its anti-IS efforts.

Merkel’s Christian Democrats (CDU) clearly want the mission to continue. Juergen Hardt, foreign policy spokesman for the CDU parliamentary party, is convinced that "all components of the current mandate are useful and necessary."

Disagreement at the top

However, Merkel’s junior coalition partner, the Social Democrats (SPD) is not yet convinced. SPD parliamentarian Siemtje Möller was among the delegation accompanying German Defense Minister Annegret Kramp-Karrenbauer (CDU) on a recent visit to Iraq and Jordan, where the minister championed the extension of the mission.

Möller told DW that even though she saw that tactical aerial reconnaissance "made a meaningful contribution," she also pointed out that "a promise had been made to the parliament by the previous defense minister" to terminate the anti-IS mandate.

Jürgen Trittin of the opposition Green party considers IS a serious threat, especially due to the fact that some 1,000 German citizens have fled to Syria and surrounding territories to fight for IS. Still, Trittin rejects the mission on principle: "It is not done according to international law. This is the Coalition of the Willing operating over the sovereign territory of another country without a mandate from the UN Security Council," Trittin told DW.

Reevaluating needs in the region

Currently, the German military contributes reconnaissance jets that can deliver detailed images of events on the ground, in-flight refueling, aerial surveillance, exchange of position information with other international actors within the Coalition. Germany also runs training programs for Iraqi forces.
SPD’s Möller told DW that many requests coming from the Iraqi side focused on "help in reconstructing schools, hospitals and the need for bridges and streets and less military support."

Since all German military missions have to be approved by the country’s parliament, the Bundestag, Möller emphasized that it is therefore necessary to have a discussion about all components of the mission, including whether military capacity building "if is still necessary or how much and for how long."

A gesture for Trump

The Bundeswehr mandate that will keep politicians busy in the coming months is not limited to Iraqi territory; surveillance flights and air refueling over Syria are also a part of the mission.

According to the German news weekly Der Spiegel, the US asked Germany to prolong the mission a few months ago. Washington has also reportedly asked for German boots on the ground in Syria as the administration of US President Donald Trump plans to move its own troops out of the country.

Germany was quick to reject this request but the extension of the anti-IS mission is still on the table.
André Bank, acting director of the GIGA Institute of Middle East Studies in Hamburg, believes if the extension does go through "it is more a gesture towards the Americans" and "it’s just another military in an already quite militarized Middle East."

Besides its military contribution in the region, Germany has been providing humanitarian aid since 2012. According to recent statistics from the German Foreign Office, Berlin has invested almost €3 billion ($3.28 billion) in humanitarian aid in Syria and neighboring countries, mainly in Lebanon, Jordan and Turkey.

In 2018 alone, Germany invested €622 million in humanitarian aid, making it the second-largest contributor in the region after the United States.

When it comes to policy on Syria, Germany also faces a difficult situation domestically. Bank says that its ties to Syria are "much stronger" than those of other European countries. This is not only due to the high number of Syrian refugees living in Germany but also due to the Turkish and Kurdish communities in Germany. "So whenever the German government takes a very strong, one-sided position, it will also have domestic implications," says Bank, who sees this as one of the reasons for Germany’s "less confrontational approach." 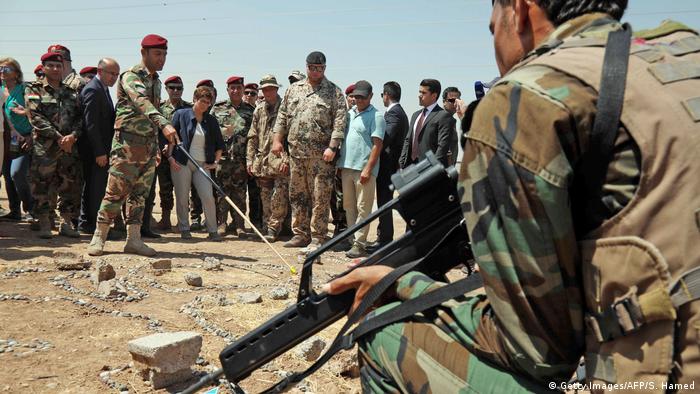 Germany as a mediator?

The SPD’s Möller told DW that she wishes to see Germany as a mediator in the Syria conflict. Even though this doesn’t seem likely since the regional and international actors engaged in the conflict are calling the shots, Middle East expert Andre Bank believes Germany can play "an important facilitating role" in stabilizing Syria.

Bank argues that since Germany doesn’t have a strong colonial tradition in the region and also because it "has not called for an outright militarization of the opposition" it is still considered by the Syrian government but also by its international supporters such as Russia and Iran "as an actor with whom one can talk and come to some kind of a conclusion."

Although Bank sees a "very limited sphere of influence" for Germany, he believes it can still play a role via bilateral meetings with Russia and through other formats with Turkey.

The coming months will keep German lawmakers busy with discussions on the anti-IS mandate. Even though German politicians currently can’t agree on Germany’s military role in the region, they do agree that measures to stabilize Syria should go through the United Nations.

However, they also agree that this currently doesn’t seem plausible. The CDU’s foreign policy spokesman Hardt describes the situation as "frustrating" and says that "without Russia’s goodwill, we won’t make any progress."