German politicians are currently at odds over whether the country's military should increase its presence in Syria. Inflicting even more violence on the Syrian people won't help, however, says DW's Nina Werkhäuser. 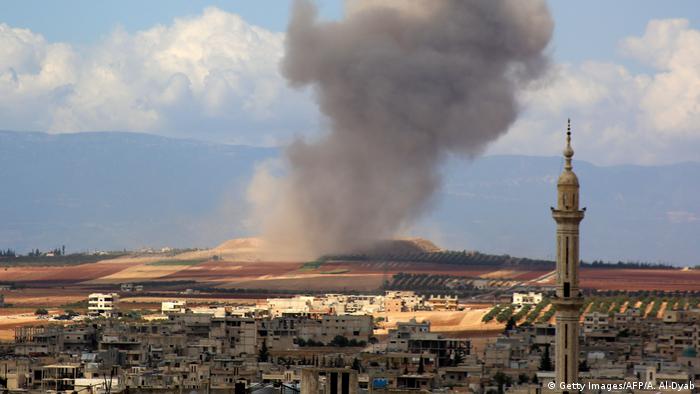 As Syrian President Bashar Assad's troops prepare to take the rebel stronghold of Idlib, a somewhat perplexing debate is taking place within Germany. If Assad were to launch a chemical weapons attack against his own people, and if the United States responded with airstrikes against Syrian military targets, what should the German government do? Should Berlin give the go-ahead for its military, the Bundeswehr, to join the fight?

Many politicians within Chancellor Angela Merkel's conservative faction believe the idea should at least be seriously considered. However, their junior coalition partners, the center-left Social Democrats (SPD), strongly disagree — under no circumstances would they give the green light to such a military operation. Some members of the opposition believe speculating about military involvement is pointless, or even objectionable. The German Defense Ministry has hinted that various response scenarios are being prepared, but it's all hypothetical, of course. 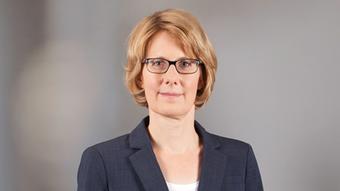 Thus far, the German government has strongly condemned chemical weapons attacks attributed to Assad's troops. It has, however, exercised restraint with respect to retaliatory military measures. It's not clear why Chancellor Merkel should deviate from this policy now. A Bundeswehr combat mission in Syria would require a United Nations mandate, an unlikely scenario given Russia's ability to veto it in the Security Council. In addition, Germany's parliament, the Bundestag, would have to give its blessing, which is also far from certain with the conservatives and the SPD divided.

From the outset, Germany has lent support to the international alliance fighting the so-called Islamic State terrorist militia in Syria and Iraq, conducting reconnaissance flights and supplying refueling aircraft. It is not exactly a huge contribution, but it is one which is nevertheless respected internationally. Whether the Bundeswehr should play a larger role in multinational military missions is something that can be debated. However, speculating about a response to the battle for Idlib, which will leave civilians there with their backs to the wall, is not a suitable starting point for that debate.

Canada: Bishops apologize for abuse of Indigenous children 5h ago

Huawei executive Meng leaves Canada after US deal 6h ago

Opinion: Angela Merkel has left the CDU in tatters 2h ago