Idlib′s civilians in survival mode for Syrian assault | Middle East | News and analysis of events in the Arab world | DW | 05.09.2018

Bashar Assad's troops are gearing up for a final battle with rebels in Idlib. With Turkey refusing to budge, where will 3 million Syrians go? Anchal Vohra spoke to civilians, experts and rebel leaders on the ground. 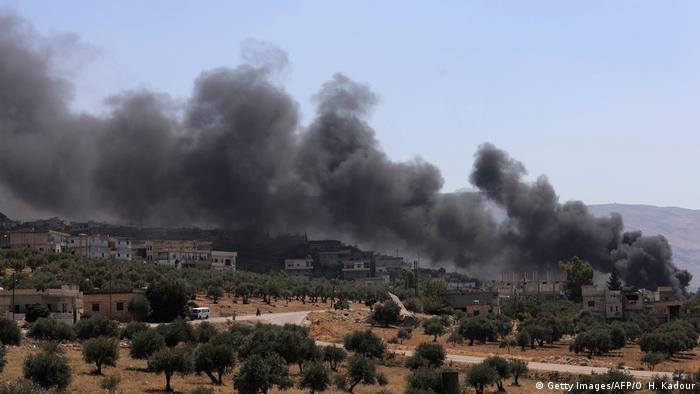 A precursor to the assault on Idlib?

Mohammad Tariq* is stockpiling for D-Day in Syria's northern province of Idlib: two cartons of dry bread, cans of cheese, jars of pickles and jute bags filled with rice. He has placed the essentials neatly on the shelves in a basement built specifically for the purpose of hiding out and, hopefully, surviving the Syrian government's impending assault.

"What else can I do? I have also stored baby food and a few toys in the basement," he told DW from his house in a village in Idlib.

Millions of civilians like Mohammad are helpless and struggling to find ways to keep their families safe in the event of an attack. For now, he has tucked away a toy car for his 4-year-old son and a baby walker for his 10-month-old daughter, hoping he can keep them calm amid the expected mayhem in Idlib.

UN warns of ‘bloodbath’ in Idlib

The province became home to around 2 million additional Syrians who were forced out of their towns and bused here under several reconciliation deals in other areas. Over the last week, they've witnessed a massive military buildup. Syrian army convoys have moved to the front lines to reclaim what is the last remaining rebel bastion. Russia has deployed its largest naval contingent in the Mediterranean Sea to strengthen the Syrian forces. Turkey's 12 observation posts in Idlib are also on alert, ostensibly to guard the interests of rebel groups it has backed ever since the advent of the war.

Idlib in the grips of jihadis

The extremist jihadi group Hayat Tahrir al-Sham, also known as HTS, which was affiliated to al-Qaida until recently, controls as much as 60 percent of the territory.

Amid further airstrikes on what the Kremlin said were Nusra Front targets on Tuesday, Russia warned that Syrian forces were getting ready to solve the "terrorist problem" in Idlib. Russian bases in Syria have often been attacked by unmanned aerial vehicles launched by the HTS, making Russia even keener to back an offensive against Idlib.

While a battle seems inevitable, the scale is yet uncertain. At the moment, Russia and Turkey are looking for diplomatic ways to resolve the crisis. A meeting between them and Bashar Assad's other backer, Iran, is scheduled for this Friday in Tehran.

"I'm certain that a political solution would be the way to go for Idlib. The Turkish side reassured the leaders of rebel groups when they recently met in Istanbul and they delivered a message of reassurance to us," Bilal Zikra, president of the local council in the town of Maarat al-Numan, told DW.

DW also spoke to a senior commander with the National Liberation Front, an alliance of several moderate and Islamist rebel groups backed by Turkey. He didn't want to his name to be published to ensure his safety. "HTS is a pretext used by the Russians to advocate for battle. We have, however, tried to persuade HTS to disband and join us, thus taking this pretext away from Russia, but they have so far refused."

In fact, HTS has rushed reinforcements to northern Hama to take on the Syrian army. The group is also cracking down on anyone it sees willing to make peace with the government.

"Russia and Syria have demanded that Idlib's population surrender and go through the sort of reconciliation process that [the province of] Daraa has gone through. HTS has refused all requests and said that it will cut the heads of any traitors who negotiate with the Syrian regime," Joshua Landis, director of the Center for Middle East Studies at the University of Oklahoma, told DW.

Civilians trapped between the regime and the jihadis

Mohammad was an English teacher before the war began and taught in schools in the countryside. During the uprising, he started carrying a Kalashnikov to protect his family from the Syrian army.

"The regime made us extremists in our heads by killing our people. It made us hate Shia and Alawites. We didn't hate them before the war," he said. "And these Qaeda men have made matters worse. They broke my Argelliah [smoking pipe] the other day, have burnt many shops in Idlib city and impose a harsh social code. We don't want them either. They are ruining the opposition's name."

Mohammad's village is under the control of the Faylaq al-Sham faction, which belongs to the National Liberation Front. He admits they are Islamic but not jihadis. 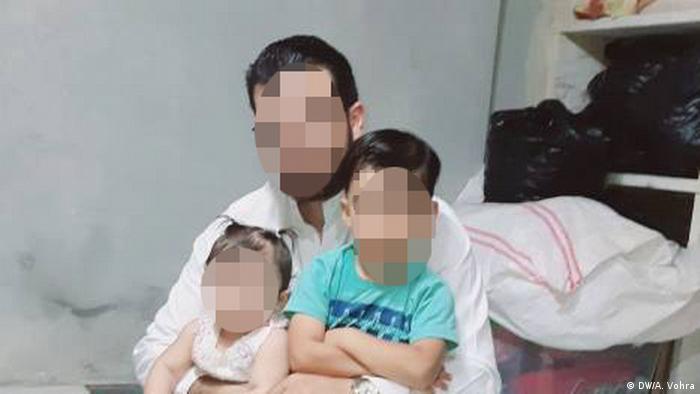 "The best solution would be for Idlib to come under Turkish rule. I would become a Turkish citizen tomorrow because I don't want to live under Assad; neither do I want to deal with these jihadis. Turkey supports Islamic rebels and so do we," he said.

Mohammad is most worried about a chemical weapons attack, the kind that happened in February in the town of Saraqeb, 5 kilometers (3 miles) away from his village, which was later confirmed by the Organization for the Prohibition of Chemical Weapons.

"We are certain the regime will try the same tactics and drop chemical weapons on us. Why wouldn't they?"

"I may run to [the northern town of] Afrin." Moving there, he says, could be safer for his family.

The Russian government is warning of a staged gas attack by Syrian rebels in Idlib. Experts doubt the validity of that information, however, and see the move as a telltale sign of desperation in Moscow. (28.08.2018)