An anticipated Syrian government offensive against the jihadi hotbed of Idlib province threatens to draw in multiple foreign powers and unleash massive suffering. Hundreds of thousands of civilians could be displaced. 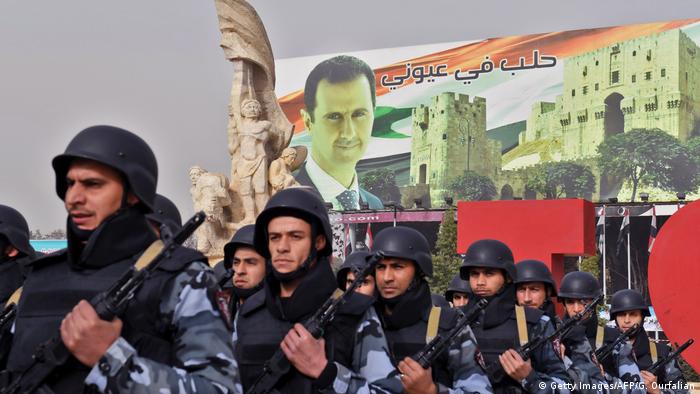 The United Nations on Thursday warned 3 million civilians are at risk in Syria's Idlib province as the government is expected to launch an offensive against the last rebel-held territory.

UN Syria envoy Staffan de Mistura said that there were at least 10,000 terrorist fighters belonging to al-Nusra and al-Qaeda in Idlib province, about 60 percent of which is controlled by the jihadist Hay'at Tahrir al-Sham alliance.

An anticipated Russian-backed Syrian government offensive against Idlib must avoid the use of heavy weapons in densely populated areas even if the battle is against recognized terrorist groups, de Mistura told reporters in Geneva.

De Mistura also warned both sides could use chemical weapons.

"Avoiding the potential use of chemical weapons is indeed crucial. We all are aware that both the government and al-Nusra have the capability to produce weaponized chlorine," he said.

Western military powers have threatened to retaliate against the Assad regime if chemical weapons are used, raising the prospect of escalation with Russia.

The warning from the United States, France and Britain earlier this month prompted Russia to claim that jihadists are planning to stage a chemical attack to draw a foreign military intervention.

Nearly 2.9 million civilians, many of them displaced from other parts of Syria, are living in Idlib province, which borders on Turkey.

Thousands of rebel fighters and their families were moved to Idlib under Russian-brokered deals that have seen the Syria government retake nearly all rebel-held territory following military offensives and sieges.

On Thursday, Syrian Foreign Minister Walid al-Moualem, meeting with his Russian counterpart Sergei Lavrov in Moscow, said government forces will "go all the way" in Idlib and liberate the "whole territory from terrorism." 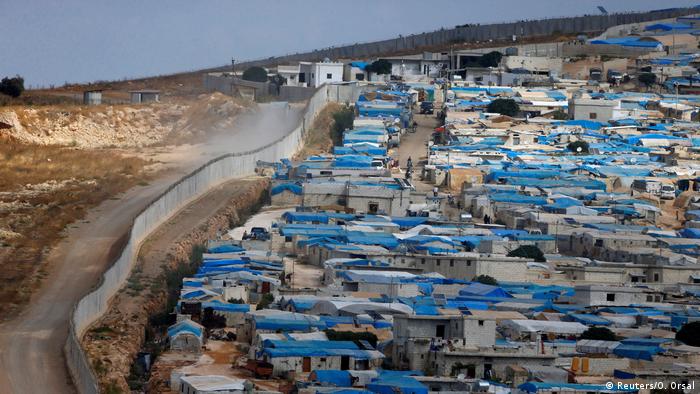 The meeting came as the Russian Defense Ministry announced military exercises in the eastern Mediterranean during the first week of September following a recent naval build up.

The show of force will deploy 25 ships and 30 jets, including strategic bombers and cruise missile capable warships, the Defense Ministry said.

Previously regime offensives have been preceded by massive Syrian and Russian bombing, followed by sieges carried out by pro-government ground forces.

The UN and aid organizations are warning that as many as 800,000 people could be displaced again in a government offensive. With the border to Turkey closed, there is no place for civilians to flee.

"There is no otherIdlib," de Mistura said, imploring that civilians be allowed to evacuate to government-controlled areas with guarantees for their lives and rights once they arrived there.

"It would be a tragic irony frankly if at almost the end of... a territorial war inside Syria, we would be witnessing the most horrific tragedy to the largest number of civilians," he said.

Ahead of the anticipated offensive in Idlib there has been a flurry of diplomatic activity between Russia, Iran and Turkey, the external powers in the Syrian civil war cooperating under the so-called Astana process.

NATO member Turkey has 12 military observation posts in Idlib separating rebel areas from Syrian forces and its allies.  The observation posts were established as part of "de-escalation" deals with Russia and Iran.

Ankara has also carved out areas of control in northern Syria, where it backs rebel factions and has sought to return refugees.

Turkey, which has already taken in nearly 4 million refugees, fears a major offensive in Idlib will send a new flood of displaced persons across the border. The end of the armed opposition could also send thousands of rebels and jihadists into Turkey.

Analysts say the future of Idlib presents a major test for increasingly close ties between Ankara and Moscow.

The leaders of Russia, Iran and Turkey are meeting next week in Tabriz to discuss Syria.

The German chancellor's return to work has come with a number of foreign policy challenges. Migration has dominated her agenda of late, while disagreements over Ukraine and Syria continue to fuel tension with Russia. (13.08.2018)

Russia is putting its military along the Golan Heights frontier as it seeks to temper tensions between Israel and Syria. A wild card remains how Russia can manage a potentially explosive Israel-Iran conflict in Syria. (02.08.2018)