Germany's cabinet has approved a change to the law allowing dual nationals to lose their citizenship if they fight for a foreign terrorist militia. The new law will not be applied retroactively. 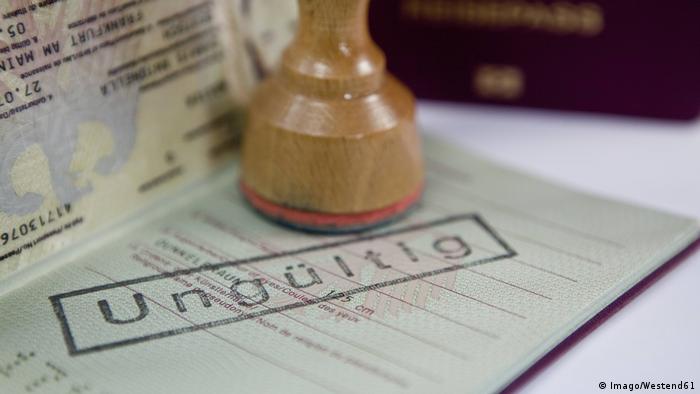 Germans with dual nationality who join foreign terrorist militias will lose their citizenship in the future, the cabinet decided on Wednesday.

"Someone who goes abroad and actually participates in combat operations for a terrorist militia shows that they have turned their back on Germany and its basic values and turned to another foreign power in the form of a terrorist militia," the federal government said in a statement.

Read more: Revoking citizenship: How it works across the EU

The change to the citizenship law will apply only to adults who have a second nationality. Minors are unaffected. It would also not be applied retroactively, which would violate German case law.

Dozens of German "Islamic State" (IS) fighters currently held by US-backed Syrian Kurdish forces and the Iraqi government would therefore not lose their citizenship. The United States and its Syrian Kurdish allies are pressing dozens of countries to take back thousands of foreign fighters captured as the IS caliphate crumbled. The issue has triggered an intense debate in Europe over what to do with returning foreign fighters.

The interior ministry estimates around 1,000 people left Germany to join jihadi terrorist groups in Syria and Iraq since 2013. About one-third of these people have already returned to Germany, some of whom have been prosecuted or placed in rehabilitation programs. 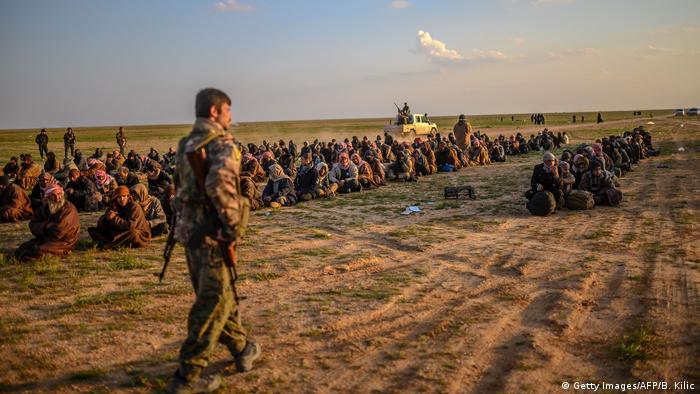 US-backed Syrian Kurdish forces have captured thousands of IS fighters. Among them are dozens of German citizens.

A spokesperson from the interior ministry told DW that the bill was not limited to IS and includes all terrorist militias.

"A terrorist militia in the sense of the bill is a paramilitary organized armed association, which aims to violently abolish the structures of a foreign state in violation of international law and replace these structures with a new state or to build state-like structures," the spokesperson said.

That wording means that German dual nationals who join rebel groups such as the Kurdistan Workers' Party (PKK) fighting a three-decades long insurgency against the Turkish state could also lose their citizenship. Germany has the largest Kurdish diaspora in the world and scores of German nationals over the years have joined the PKK.

Germany's domestic intelligence agency considers the PKK to be "the biggest and most powerful foreign extremist organization in Germany."

The governing coalition, comprised of German Chancellor Angela Merkel's conservatives (CDU/CSU) and the center-left Social Democrats (SPD), had pledged to reform the citizenship law last year. But disagreements between Interior Minister Horst Seehofer and Justice Minister Katarina Barley over the details of the change reportedly slowed down approval of a new bill.

The slow response has prompted criticism that the government acted too late to take action against dual nationals fighting with foreign terrorist groups. The interior ministry nonetheless hopes that the new law will have a "preventative effect" in the future.

Germany's Nationality Act already includes a similar rule for dual nationals who join "the armed forces or a comparable armed unit" of another country without the permission of the German Defense Ministry.

Germany's Interior Ministry and Justice Ministry have reportedly agreed on a proposal to expatriate IS fighters. Interior Minister Horst Seehofer had tried to link the legislation with broader citizenship reform. (04.03.2019)

What will happen to the thousands of IS members who surrendered in the final phase of the battle in Syria? Neighboring Iraq might try them but the country suffers from overcrowded prisons and overworked courts. (24.03.2019)