Turkish President Recep Tayyip Erdogan has said the Turkish army will soon launch a military operation east of the Euphrates in Syria. The region is mainly controlled by US-backed Kurdish militia. 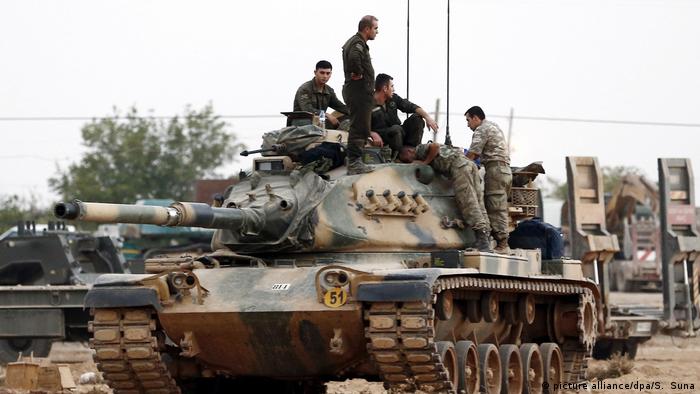 Turkey will launch an air and ground military operation in Syria in the next two days in a region east of the Euphrates mainly held by US-backed Kurdish militia that Ankara considers terrorists, Turkish President Recep Tayyip Erdogan said on Saturday.

"We have made our preparations; we have finalized our operation plans, given the necessary instructions," Erdogan told members of his ruling party at its annual camp.

It is Erdogan's most concrete suggestion of a military intervention in the region since Ankara and Washington decided to establish a "safe zone" on the Syrian border that Turkey says should be cleared of the Syrian Kurdish YPG militia.

Ankara sees the YPG as linked with a Kurdish insurgency within Turkey and wants Washington to stop its support for them. Washington, in its turn, sees the Kurdish forces as vital in the fight against the extremist "Islamic State" group.

Erdogan had given a deadline of the end of September for the 30-kilometer-deep (19-mile-deep) zone to be established, warning that if it were not kept, Turkey would be "forced" to take military action for its own security. Turkey has accused the US of being too slow in setting up the zone, amid differences between the two NATO partners about how far it should reach into Syria and who should control it.

Ankara has said it wants to use the region to settle up to 2 million Syrian refugees of the 3.6 million it currently hosts, according to government figures.

The Kurdish YPG militia that currently controls the region was instrumental in defeating fighters from the extremist "Islamic State" group in Syria alongside American troops.

According to the Reuters news agency, the Kurdish-led Syrian Democratic Forces said on Saturday they would "not hesitate to turn any unprovoked (Turkish) attack into an all-out war."