Foreign troops should leave Syria once terrorists are defeated and security reestablished, Russia's Vladimir Putin has said at a peace summit in Ankara. Turkey and Russia are at odds over a regime offensive in Idlib. 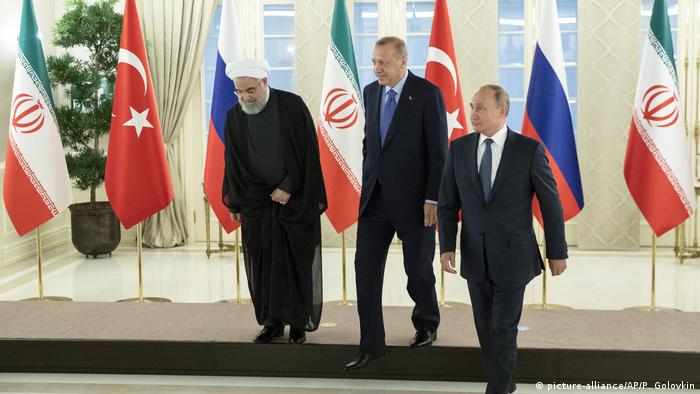 Turkish President Recep Tayyip Erdogan described talks with his Russian and Iranian counterparts at a Syria peace summit on Monday as "productive."

"We are in complete agreement in aiming for a lasting political solution for Syria's political unity and territorial integrity," Erdogan told reporters.

While all three leaders avoided providing specifics on the talks, the Turkish president said that "important decisions" had been made.

The dominant topic at the summit was the situation in Idlib, where government forces are conducting an offensive supported by Russian air power. Turkey maintains a military presence in northern Syria and its troops have occasionally clashed with regime forces. 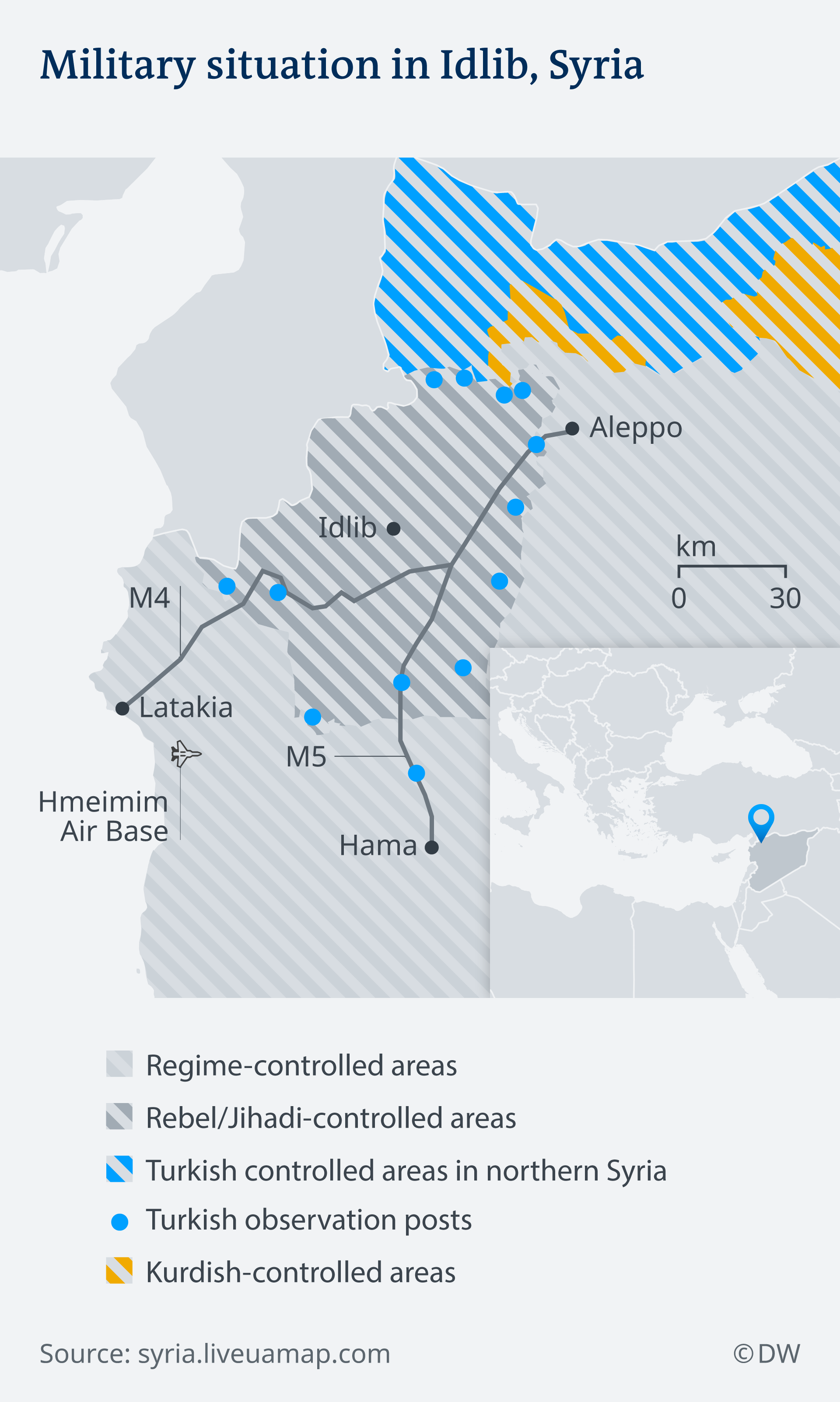 Moscow and Damascus say the offensive was launched in response to multiple jihadi attacks. Russia has signaled that Turkey should do more to control local jihadi factions, led by Hayat Tahrir al-Sham (HTS).

Russian President Vladimir Putin said his country was "ready to support Syria's army" in fighting the terrorist threat "wherever it arises."

Putin also restated that Idlib was controlled by the al Qaida-affiliated HTS.

"We cannot, of course, put up with this," he said.

However, Putin said that foreign troops should be pulled out of Syria once security is ensured and all issues of combating terrorism are resolved. Syria's territorial integrity should be restored "completely," he said.

Iranian President Hassan Rouhani also said that it was necessary to fight terrorists in Idlib, as they have maintained control of the province for several years.

"How long should the Syrian people wait?" he asked.

The Iranian leader also accused Israel of "bombing innocent people" in Syria and said that the US was either "assisting terrorists or interfering in Syria unnecessarily."

Turkey has been reluctant to move strongly against HTS in Idlib for fear of triggering a new wave of refugees. A crackdown on the jihadists could also see hardened fighters move across the nearby Turkish border.

On Monday, Turkey's Erdogan said the real threat in Syria was the Kurdish YPG militia.

He also called for a "peace corridor" in Syria's northeast that would allow refugees to return to their home country's territory. Turkey currently hosts over 3.5 million Syrian refugees.

"We cannot tolerate another influx of refugees, that is impossible," Erdogan said at the joint press conference.

Earlier in the day, Erdogan met both of his colleagues separately at the Ankara presidential complex, including a "tete-a-tete" meeting with Putin without any media presence.

Following the bilateral meeting, Putin said the two leaders "spoke quite extensively" about ways to "regulate" the crisis in Syria.

Putin praised Iranian efforts, saying that Moscow and Tehran managed to do "quite a lot to neutralize pockets of terrorist resistance and to create an effective, we could already say a working, system of political regulation."

The Russian president also said his country was working to keep the 2015 nuclear deal with Iran afloat.

"There is no reasonable alternative to this," Putin said.

Separately, Rouhani praised his country’s ties with Russia, saying they spanned beyond economy and included cooperation "in areas of defense, and of nuclear [technology]."

The Kremlin chief said he and his colleagues did not discuss the recent attack on Saudi oil infrastructure. At the same time, he suggested Riyadh should make a "wise" decision to buy high-tech Russian defensive weapons.

"We are ready to provide the adequate help to Saudi Arabia, and it would be enough for its leadership to make a wise decision, just like the Iranian leadership has done at one point, to buy S-300, and like the President Erdogan has done, buying the latest AA system S-400 'Triumf' from Russia." Putin said.