The leaders of Turkey, Russia and Iran are meeting again to strike a deal over the last rebel-held enclave in Syria. DW provides an overview of the catastrophic situation in Idlib. 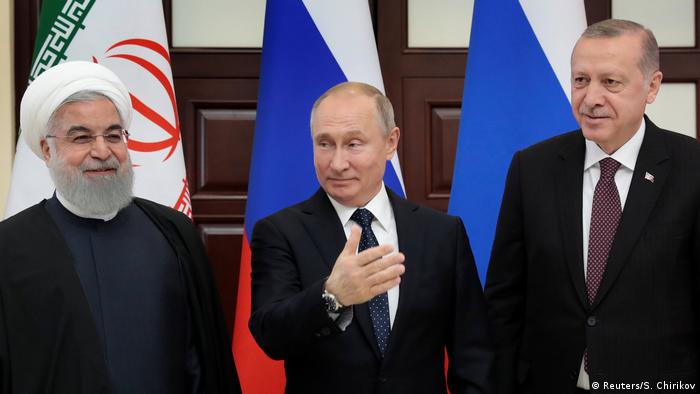 The presidents of Turkey, Iran and Russia are meeting in Ankara on Monday to discuss Syria and the last rebel enclave in Idlib amid Turkish concerns over the consequences of a Syrian government offensive there.

Turkish President Recep Tayyip Erdogan is expected to seek an elusive longer-term solution to the issue with his Russian and Iranian counterparts, Vladimir Putin and Hassan Rouhani.

The three countries support opposing sides in the conflict but have come together under the so-called Astana process to find a political solution to end the Syrian war.

Why are they meeting?

Syrian government forces, backed by allied paramilitary groups and Russian airpower, launched an offensive in late April against rebel and jihadi factions led by Hayat Tahrir al-Sham (HTS) in northwestern Idlib province, as well as parts of the neighboring provinces of Aleppo, Hama and Latakia.

After the offensive initially stalled, the past few weeks have seen Syrian forces advance into jihadi-controlled areas in southern Idlib following heavy bombardment that has sent hundreds of thousands of the enclave's 3 million civilians fleeing to the border with Turkey.

Ankara is concerned that the regime offensive could send a flood of refugees and hardened extremist fighters to Turkey, which already hosts more than 3.5 million refugees.

What has been the result of the previous deal?

The fierce fighting in Idlib has all but unraveled a fragile truce deal struck in September last year between Russia and Turkey.

The deal envisioned the creation of a demilitarized buffer zone between regime- and rebel-controlled areas and an as-yet-unfulfilled commitment by Turkey to isolate and combat jihadi groups.

Turkey also established a dozen military observation posts along the perimeter of Idlib, one of which was surrounded by regime forces last month. There have been occasional clashes between the Turkish military and Syrian regime-aligned forces. 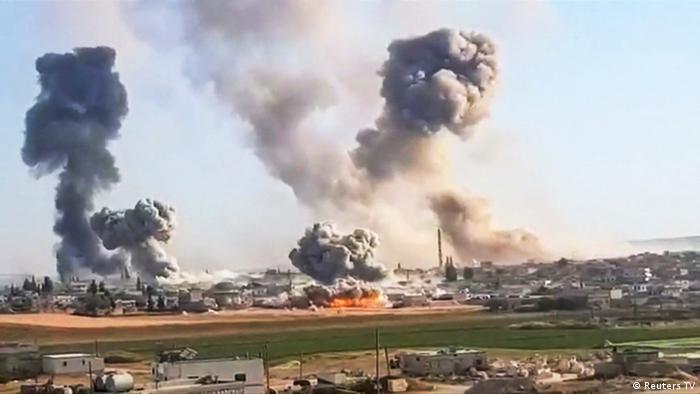 The Russian and Syrian government strategy has been to conduct bombing campaigns to sap local support for the opposition, separate civilians from rebels and then launch ground assaults to recapture villages and towns

Why did Syria and Russia launch the offensive?

Syrian President Bashar Assad has vowed to retake all territory outside of his control after winning back most opposition-controlled areas with the military support of Russia and Iran over the past three years, using a strategy of long-running sieges and assaults.

Moscow and Damascus ostensibly launched the offensive in response to what officials said were jihadi forces carrying out multiple assaults — including a dozen attempts to attack Russia's Hmeimim air base using drones and missiles.

In Idlib, the immediate strategic goal of Damascus is to secure the M4 and M5 highways, which are vital arteries in the province that connect the government-controlled cities of Aleppo and Hama with the regime's Alawite heartland in Latakia on the Mediterranean coast. 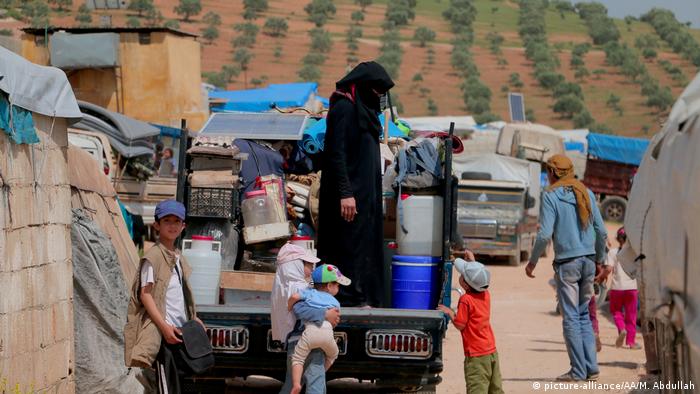 The situation in Idlib is riven by the interests of competing and cooperating foreign powers on the ground — namely Turkey, Russia and Iran — all of which have varying degrees of leverage to put the brakes on the Assad regime's goal of recapturing lost territory at any cost.

Turkey seeks to capitalize on its budding relationship with Russia as well its historically friendly relationship with Iran to hinder conflict in Idlib in order to pave the way for a broader political solution to the Syrian civil war.

Russia needs to balance its support for the Syrian regime's goals in Idlib with its larger geostrategic interests of developing blossoming political and military ties with Turkey, which has NATO's second-largest army. However, it wants Turkey to do more to control jihadi factions led by HTS.

If Russia were to go too far in supporting Syria in Idlib, it could severely damage relations with Turkey and provoke a clash between Damascus and Ankara. 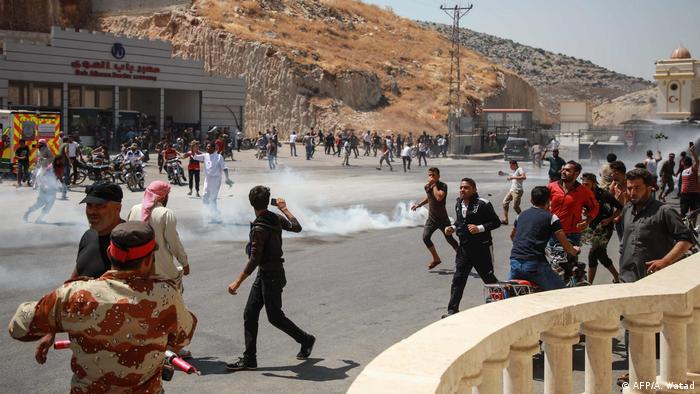 Turkish border guards fire tear gas at Syrians demonstrating at the Bab al-Hawa border crossing between Turkey and Syria on August 30. The protesters are demanding Turkey provide safe passage and do something to address the Syrian government assault

A Syrian regime drive deeper into Idlib and onto the border would likely trigger a robust response from the Turkish military and its rebel allies to avoid a worst-case scenario of refugees and hardened jihadi fighters pouring across the border.

One possible scenario to address the situation would be a mixed formula whereby Turkey would control a safe zone along its border with Idlib, while Syrian forces take control of the southern parts of the province, including the strategic highways.

That would still leave the safe zone largely in the hands of jihadis — who increasingly feel sold out by Turkey to the Russians — unless Turkish forces and allied rebels were to move against them. Turkey has been hesitant to take on HTS militants for fear of creating a humanitarian disaster. The jihadis have generally maintained friendly relations with Turkey because Ankara maintains significant leverage over the border that provides a lifeline to armed groups and civilians.

For Ankara, such a band-aid solution would add to buffer zones established in Afrin and northern Aleppo in previous military interventions, and allow Turkey to focus on northeastern Syria, where it seeks to create a buffer zone with the United States to address its concerns over the Syrian Kurds. Turkey intends to use the buffer zones to send at least 1 million Syrian refugees back to safe areas.

Three million people in jihadi-controlled Idlib are at the mercy of warring sides as Syria ramps up an offensive. The escalation has given renewed impetus for Russia and Turkey to fully implement a truce deal. (30.07.2019)

The Syrian government's Idlib offensive has targeted several health facilities funded by Germany, German officials say. The violence in Idlib has killed hundreds of people since late April, according to the UN. (23.08.2019)