US President Donald Trump's threat to impose taxes on European cars has sent shivers through the German auto sector. Analysts and politicians warn that the move could backfire on the US car industry, and even help China. 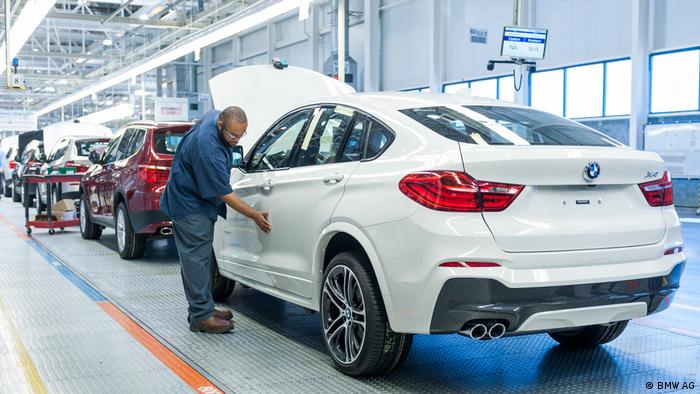 US President Donald Trump's vow to step-up protectionist policies to boost the US car industry could lead to a 10-percent drop in profits for German automakers, Germany's Center for Automotive Research (CAR) has warned.

The trade barriers would see the European Union's alliance with America "deteriorate significantly," the center's director, Ferdinand Dudenhöffer told DW. He said Trump's desire to "punish" Washington's main trading partners in Europe would inevitably end in a messy divorce that would hurt US car manufacturers more.

In a tweet on Saturday, Trump vowed to launch tit-for-tat measures after Brussels warned it would retaliate against a US plan to impose tariffs on imported steel and aluminum.

"If the EU wants to further increase their already massive tariffs and barriers on US companies doing business there, we will simply apply a tax on their cars which freely pour into the US," the US president wrote.

Trump added that EU policies made it impossible for US cars to sell there (in Europe), which he said was highlighted by the "big trade imbalance!"

The German Automobile Industry Association (VDA) said in a statement on Monday it had "great concerns" about Trump's threat, citing what he said was automakers' strong commitment to production in the US.

Although German automakers exported some 500,000 cars to the US last year, they've also increased production at their US factories, where they employ some 36,500 people, to over 800,000, the industry body added.

"Punitive duties cannot be the solution. A trade war must be avoided because it leaves only losers on all sides," VDA President Bernhard Mattes warned.

Despite the initial uneasiness over Trump’s comments, Jürgen Pieper, an auto analyst for Germany's Metzler bank, warned against becoming unnecessarily alarmist. He said the US car market is not as critical for Germany as it was five or 10 years ago, while China is now the No. 1 foreign market.

"Roughly speaking, German carmakers achieve between 10 and 13 percent of their profits in the US," Pieper told DW. "Should a 10 percent duty be imposed, that would perhaps reduce profits in the US by a third."

But the ambitious nature of the German auto sector should not be underestimated, he warned, as firms would most likely ramp up production in the US to try to avoid tariffs. 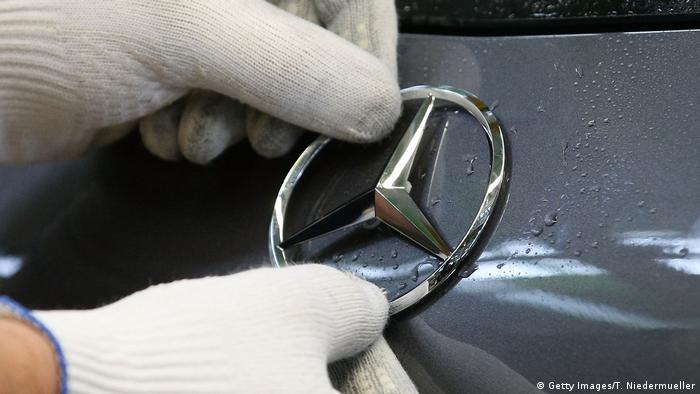 Germany's luxury automakers, including Mercedes-Benz, could see profits drop the most from any US import tariffs

CAR's Dudenhöffer focused on US consumers, who he said would be angry if the cost of their new car rose by 10 to 20 percent. One-third of the 17.2 million new cars sold in the US last year were imported.

As well as damaging European and Japanese car manufacturers, the tariffs could become a massive own goal for America's car industry, which has ramped up production at factories in Mexico and Canada over the years. Dudenhöffer cited figures showing that Fiat Chrysler imported more than 45 percent of its total cars sold in 2017, while General Motors imported some 25 percent.

However, if Trump were to exempt Mexico and Canada from the trade tariffs — which may be unlikely considering his desire to build a wall at the US-Mexico border and renegotiate the North American Free Trade Agreement (NAFTA) — Washington could face legal action on many fronts from the foreign auto giants. For example, why would a VW car made in Mexico be exempted, while a vehicle made elsewhere overseas is hit with an import duty?

In a scenario where only European carmakers would face US import tariffs, high-end manufacturers including Audi, Porsche, BMW and Mercedes would be among those worst affected, Dudenhöffer warned. In the case of the last two, their US profits could plummet by up to 50 percent.

While Trump cited the US trade imbalance for his threat to impose taxes, Germany's car industry insisted its manufacturers contribute positively to US trade; Every second vehicle that the auto giants produce on American soil is exported to the rest of the world, VDA said.

Germany's government has warned against a transatlantic trade war, with Chancellor Angela Merkel's spokesman Steffen Seibert telling reporters in Berlin on Monday that protectionism was the "wrong path."

While Trump remarks have been welcomed by some politicians and unions in many of the US states worst affected by deindustrialization, they have also raised some deep concerns. Republican lawmakers and business groups have warned that move could backfire, and hit US economic growth.

South Carolina Senator Lindsey Graham (Republican) said the imposition of tariffs would drive a wedge between Washington and its allies.

"China wins when we fight with Europe," he said on the CBS program "Face the Nation," adding that American consumers would face higher prices as a result of the move.

US President Donald Trump’s planned tariffs on steel and aluminum have met with massive outrage, and have sparked concerns that the measure will distort trade, cost jobs and ultimately lead to a tit-for-tat trade war. (02.03.2018)

US President Donald Trump has threatened a tax on EU cars, escalating the trade conflict triggered by his plans to impose tariffs on steel and aluminum. Other countries "have taken advantage of us for years," he tweeted. (04.03.2018)