The latest technology is helping small-scale fishers fully document their catch and bring it directly to customers.

On South Africa's Cape, small-scale fishers are fighting for survival as big companies, with better technology, larger boats and major fishing rights threaten to put an end to their traditional work.

Social enterprise ABALOBI wants to support these locals to keep their jobs by introducing the latest technology. Users enter their catch data in an app and customers can order directly from them via an online marketplace. Now they are no longer dependent on intermediaries and are fairly paid for the fish they catch.

For consumers, an integrated QR code provides details about the fish, making the supply chain more transparent. It lets cooks and restaurants know exactly where the animals on their plates come from and when they were caught.

Fishing experts Serge Raemaekers and Abongile Ngqongwa developed ABALOBI in 2017 and later turned it into a social enterprise. For their name, they chose the word Abalobi, which means fisherman in the local Xhosa language.

Today over 2,000 fishers using the technology supply private customers and around 400 restaurants in the Western Cape. The group estimates that 10 million rand (€650,000) have flowed directly to the communities since the start of the project. 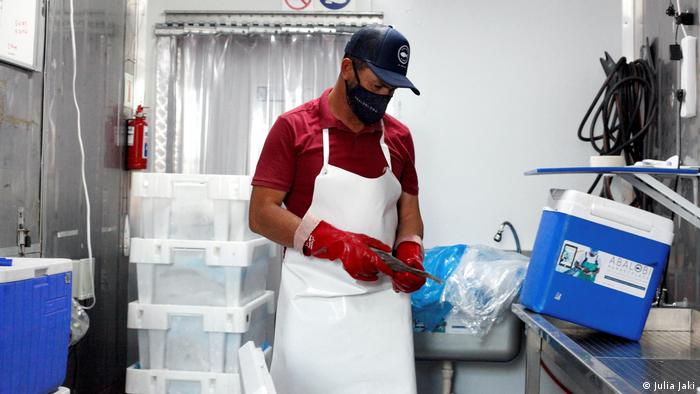 Hahn Goliath, who comes from a family of fisherman, putting fish on ice at the Abalobi hub

A film by Julia Jaki 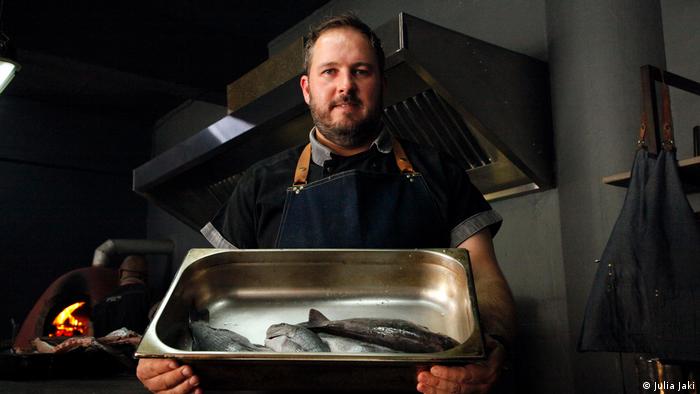 Mafia on the High Seas

Every fifth fish caught in the sea is fished by illegal fleets. This is a scandal with serious consequences for the entire marine ecosystem.