The return of fans to Bundesliga stadiums: Everything you need to know | Sports | German football and major international sports news | DW | 08.07.2021

The return of fans to Bundesliga stadiums: Everything you need to know

With COVID-19 infection rates falling across Germany, authorities are set to allow limited attendances at mass sporting events, including the Bundesliga. But some states remain cautious over fears of the delta variant. 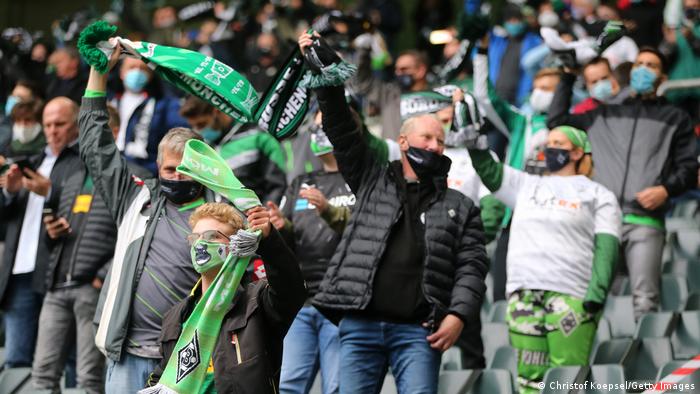 Football for the fans: supporters are set to return to Bundesliga stadiums

The most recent easing of Germany's COVID restrictions means football fans will return to German stadiums at the beginning of the 2021/22 Bundesliga season.

According to the decision by the country's state authorities, large-scale sporting events could take place at 50% spectator capacity, with the number of supporters in attendance not exceeding 25,000.

The state of Bavaria and the city-state of Hamburg, however, have decided to take a more cautious approach. Bayern Munich will only be allowed to entertain a maximum of 20,000 fans, or 35% of the Allianz Arena's total capacity. In Hamburg, second division sides HSV and St. Pauli will be limited to 30%.

To receive approval for holding sporting events with mass crowds, clubs will have to present a hygiene concept to minimize the risk of COVID-19 infections.

The final decision on whether to allow such events to take place will be made by local health authorities, and will also depend on local seven-day incidence rates remaining below 35 new cases per 100,000 inhabitants (or below 50/100,000 in Baden-Württemberg, home to VfB Stuttgart and SC Freiburg).

Why the different rules?

Bavaria, a state ruled by the conservative Christian Social Union (CSU), the sister-party of Angela Merkel's ruling Christian Democratic Union, has often erred on the side of caution when it comes to the easing of COVID-19 restrictions. For a while, it was even unclear whether the city of Munich would guarantee that fans would be able to attend Euro 2020 matches in the city.

Both Bavaria and Hamburg explained their decision citing worries of the delta variant.

Will fans have to be vaccinated?

Fans purchasing tickets will have to provide proof of vaccination, recovery from COVID-19 or a negative test result not older than 48 hours. 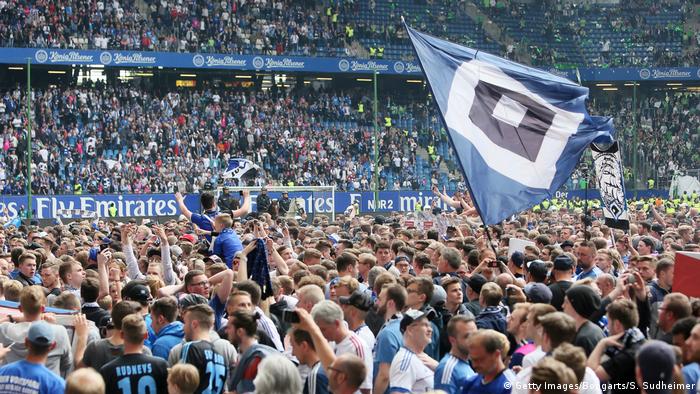 The city-state of Hamburg will only allow stadiums like HSV's Volksparkstadion to be 30% full.

The wearing of face-masks will be obligatory while entering or moving around a stadium. Fans will be able to remove their masks once at their seat.

Tickets will be personalized to allow clubs to trace potential chains of infection.

Standing terraces, where the hardcore fans usually stand, are allowed in principle (except in Hamburg) as long as such areas are personalized and demarcated.

Alcohol will be served (except in Bavaria and Baden-Württemberg) but "visibly drunk" fans will be banned from entering grounds.

Away fans will initially not be allowed to attend.

How can I get a ticket?

Most clubs will prioritize season ticket holders and club members when it comes to the distribution of tickets.

In Hamburg, only people who live in the city will be allowed to purchase a ticket.

Both Bayern Munich boss Oliver Kahn and Borussia Dortmund CEO Hans-Joachim Watzke have said they're in contact with the local authorities with a view to allowing more fans into their respective stadiums. 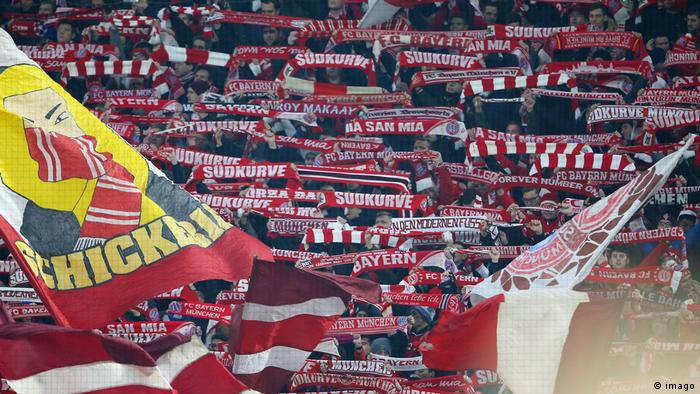 Bayern Munich's ultras - and others across Germany - aren't likely to attend games until stadiums are full again.

Will there be organized support?

The general consensus among organized fan and ultra groups across Germany since the start of the pandemic has been "Alle oder keiner" ("Everyone or no-one"). Until all fans can return to the stadium without restrictions, most ultra groups won't attend as groups — although many will doubtless attend as individuals.

Moreover, German ultra groups have always rejected the idea of personalized tickets as an infringement on their civil liberties. While there is an understanding for the need to trace potential infections during the pandemic, they are wary of the potential for clubs, associations, local authorities and police to permanently apply the practice.

For the time being, Germany's famous fan culture will continue to remain outside stadiums.

In their decision, the authorities said that more COVID-19 restrictions could be relaxed should the infection rates in Germany remain low and should the country’s vaccination rollout continue to bear fruit.

The current decision will remain in place until September 11. Then, the local authorities will review the situation to decide their next steps.

The Bundesliga season begins with Borussia Mönchengladbach vs. Bayern Munich on Friday, August 13.

Bundesliga 2 gets underway three weeks earlier with Schalke vs. Hamburg on Friday, July 22.

Fact check: How high is the risk of contracting COVID-19 in a stadium?

Some spectators are reported to have contracted COVID-19 after attending Euro 2020 football matches. The risk of infection is real and the delta variant — along with the Euro 2020 fixture — aren't helping matters.