The disappearance of India′s Aravali Hills | Environment | All topics from climate change to conservation | DW | 25.07.2019

The disappearance of India's Aravali Hills 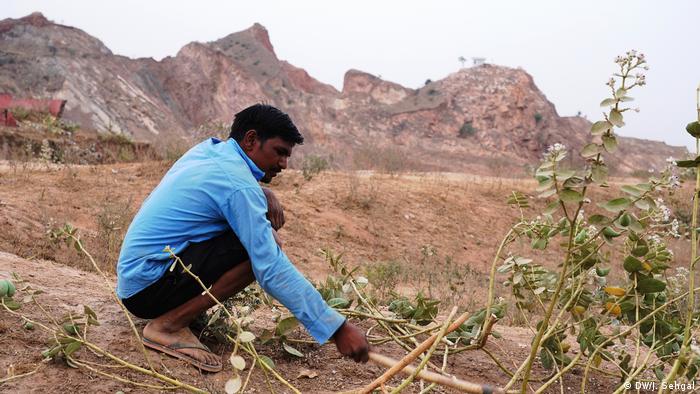 Stretching for some 800 kilometers (430 miles) from Delhi across the Indian states of Gujarat, Rajasthan and Haryana, the Aravali Hills are believed to date back 350 million years, making them even older than the Himalayas.

They act as a barrier to the spread of the Thar Desert, play an important role in the recharge of groundwater and are home to a vast array of biodiversity including many forests and 20 wild life sanctuaries.

Their very substance, however, is under threat.

As darkness descends over a section of the range some 40 miles from the Indian capital New Delhi, the quiet of night is punctured by tractor trolleys, dumpers, axes, shovels and spades that grind and chip through ancient rock in search of building materials.

Although a Supreme Court ruling banned quarrying in this 10 mile long area of the range back in 2002, a group of men are working to extract rocks to sell to the construction sector.

Local resident, Munna Mev, who is in the hills collecting fresh leaves to feed his goats, says the ban has been ineffective.

"See these mountains," he said pointing at the pocked and scarred landscape. "Three to four years ago, they used to be lush and green. Now they've turned bare and don't have any flora or fauna." 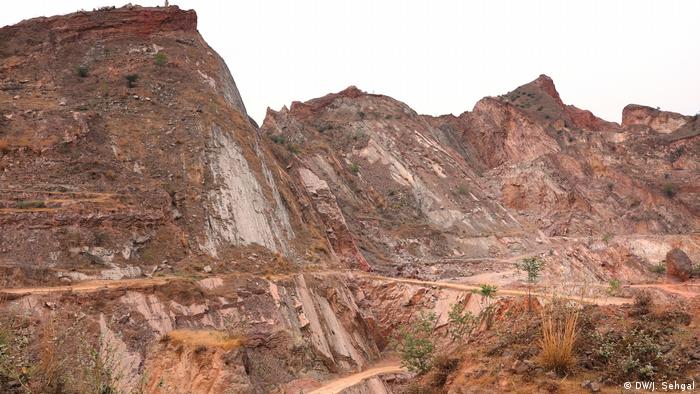 Once lush and green, the Aravali mountains are now barren and scarred

Local ecologist, Vijay Dhasmana the landscape is feeling the pressure from of urbanization.

"We are losing wildlife, plant species and villages are losing grazing lands," he told DW, adding that the loss of the hills implies a huge loss of biodiversity. "It's detrimental for this country."

The reality is that excavation of the hills has become a lucrative industry and a way of life in the Aravalis outside New Delhi.

A 2018 report by the Supreme Court-appointed Central Empowered Committee (CEC) to determine the current state of the Aravalis, found that 31 out of the 128 hills located in Rajasthan have vanished in last 50 years due to illegal quarrying.

But Girdhari Singh, the owner of the Creative Projects & Contracts construction company argues that housing is just as important as hills – and that development requires change.

"If they are not being used to house people, what is the use of mountains?"

According to Preeti Savalka, who established the "I am Gurgaon" NGO with the aim of rewilding deforested abandoned land, the hills are the "only physical barrier preventing desertification of the northern capital region", which constitutes Delhi and Gurgaon.

Preventing pollution by saving the mountains

The hills are also a barrier to increased pollution in Delhi, which already has notoriously poor air quality.

Breaking them apart though, says Chetan Agarwal, a senior fellow at the Centre for Ecology in New Delhi who has been researching the range for the last 10 years, has the exact opposite effect. 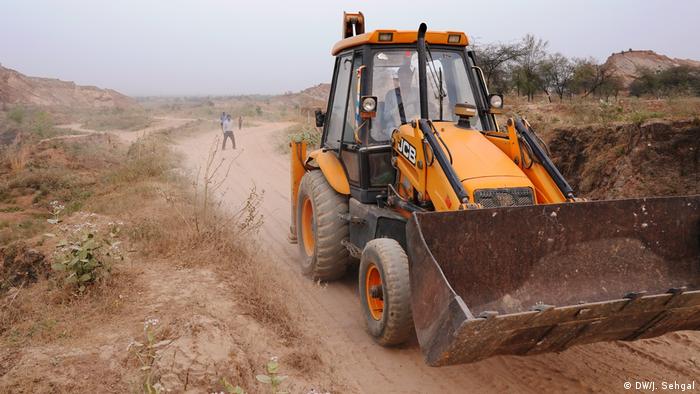 He says that crushing rocks mined in the Aravalis releases a lot of dust into the air, causing pollution in the form of respirable particulate matter.

"In terms of air quality, the National capital region, especially the Gurgaon-Delhi belt are currently the worst polluted areas in the world," he told DW, adding that the Aravalis "basically act as green lungs and help reduce the air pollution."

A 2017 report published by Indian Audits and Accounts Department detected 7,959 cases of silicosis — a lung disease caused by inhaling crystalline silica dust — in Rajasthan between January 2015 and February 2017, with 449 deaths across five districts in the state. The report additionally noted 2,548 mining sites where workers were prone to develop silicosis.

Daler Singh, who works as a doctor in the region of the Aravalis where mining is taking place, says he has noticed an increasing incidence of lung disease.

"After the mining, the atmosphere gets filled with the storm of the dust which is fatal," he told DW.

Because the Aravalis provide fresh drinking water for millions of people by facilitating the flow of rain into the ground, quarrying them also impacts local water security.

It is this combined ability to provide water, slow desertification, house wildlife and contribute to improving air quality, that leads ecologist Vijay Dhasmana to describe them as "a life line for all of us who live here."

"Therefore it has to become our agenda to save them, and we have to be proud of them."

Legend has it that the world will come to an end if women scale the Agasthyarkoodam peak in India's southern state of Kerala. But these women want to take a chance and prove tradition wrong. (23.01.2019)