The case of Julian Assange: Rule of law undermined | World | Breaking news and perspectives from around the globe | DW | 20.04.2021 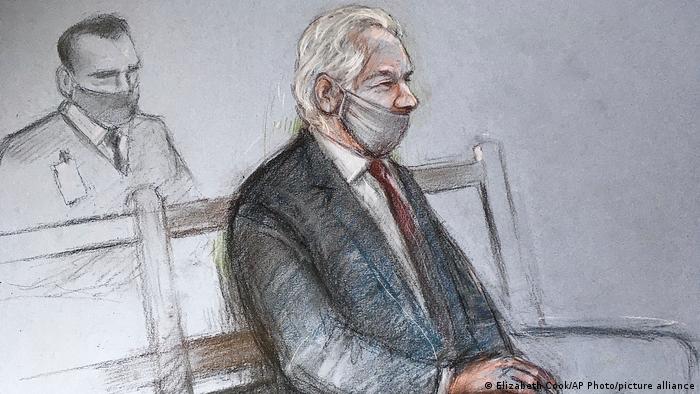 A journalist uses a new platform to expose the dirty secrets of powerful governments, including war crimes, corruption, and torture. However, it isn't the war criminals and torturers who are punished, but the journalist who brought these crimes to light. His reputation is systematically destroyed, his freedom is taken away, he suffers psychological torture. All this happens not in a military dictatorship or a one-party state known for such behavior, but in Western democracies that portray themselves as shining examples when it comes to human rights.

This is the story of WikiLeaks founder Julian Assange, as told by Nils Melzer, UN Special Rapporteur on torture. It's a disturbing story, one that a reader might want to forget altogether. That's because it raises strong doubts about the strength of our justice system in the face of powerful interests that manipulate and abuse it. Over two years, the Swiss professor of international law compiled a wealth of evidence to support his arguments, the result of which is now a 300-page book.

'Continuation of diplomacy by other means'

The 51-year-old Melzer hopes his book will create new pressure for Julian Assange's release. He feels compelled to act because the nations concerned — the United States, Great Britain, Sweden, and Ecuador — have refused to engage in constructive dialogue. Not only that, but according to Melzer's observations they are exacerbating Assange's persecution and mistreatment. The UN representative calls his book the "continuation of diplomacy by other means." In early January, a London court rejected a US extradition request concerning Assange, but the problems surrounding his case are far from solved. He still faces a 175-year prison sentence in the United States. He is being held in the high-security Belmarsh prison, often described as "Britain's Guantanamo," still awaiting a final verdict after two years.

Christian Mihr, executive director of Reporters Without Borders Germany, calls the court "inhumane" for its refusal to release Assange pending an appeal hearing, or at least to grant him house arrest. Mihr told DW: "This decision was just the latest in a long line of disproportionately harsh punitive measures against Assange. No one should have to go through what he has over the past ten years, just for publishing information that was in the public interest."

In his role at the UN, Nils Melzer has to deal with many cases of torture and mistreatment, including very serious ones. According to his book, what bothers him so much about Assange's case is that it "exposes a fundamental systemic failure that severely undermines the integrity of our democratic, rule-of-law institutions."

Heike Hänsel, a vice-chairwoman of the Left Party in the German parliament [Bundestag], agrees. Responding to a query from DW, she wrote: "The extraterritorial political persecution of Julian Assange by the United States government, carried out by the British and Swedish judiciaries, is an act of judicial arbitrariness." In light of EU and NATO states' "deafening silence in response to the persecution of an investigative journalist on European soil, and their indifference to his untenable prison conditions," the lawmaker spoke of "incredible double standards and a systemic failure." 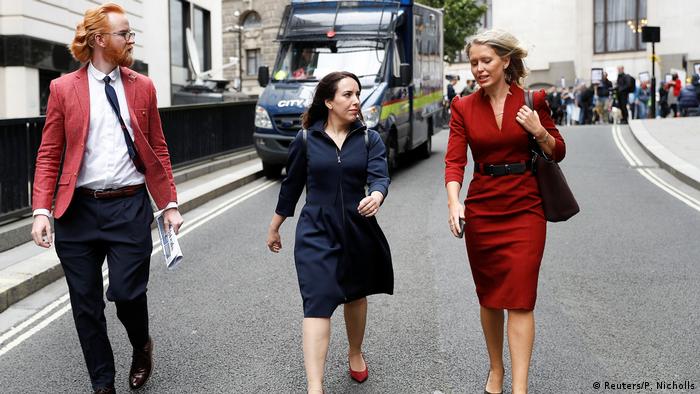 Lawmakers from other parties in the Bundestag are of a similar opinion. At the end of last year, the cross-party working group "Freedom for Julian Assange" was founded. The media policy spokeswoman for the Greens, Margit Stumpp, is one of its members. Speaking to DW, Stumpp emphasized the global significance of the war crimes and corruption revealed by WikiLeaks. She added: "The extradition case in the UK isn't just about freedom of information and freedom of the press, but also about the credibility of the European community as an advocate for human rights. The proceedings are a litmus test for shared Western values."

The fact that the Assange prosecution has massively undermined the West's credibility as human rights advocate is well understood by dictators around the world. In early November, for example, BBC correspondent Orla Guerin asked Azerbaijani President Ilham Aliyev critical questions about press freedom in his country. He replied coolly that in view of its treatment of Assange, United Kingdom had no right to reproach other nations over human rights or press freedom.

For Melzer, there's no doubt that character assassination played a big role in allowing Assange, an investigative journalist who was much-lauded before 2010, to be mercilessly persecuted for a decade with little public outcry. In his book, Melzer meticulously describes how the Swedish judiciary portrayed Julian Assange as a rapist for years, without giving him the chance to respond. It was not until November 2019 that Sweden's nine-year-long proceeding against Assange finally ended, after Melzer sent an official letter listing fifty indications of serious procedural violations and demanding answers to his questions.

Left party lawmaker Heike Hänsel credits Nils Melzer's work for the fact that "the smear campaign against Julian Assange by perpetuating rape allegations for years has finally been stopped and the Assange case has received more international attention in parliaments, the United Nations, and governments."

Germany also features in Nils Melzer's book, as a country that, despite its experience of dictatorship and the surveillance state, is "unable to effectively counter similar developments in allied states or even to express a clear opinion on them." By way of illustration, Melzer points to statements made by Foreign Minister Heiko Maas during a press conference in the Bundestag on October 7, 2020. Maas first spoke out in sharp terms about the poisoning of Russian opposition politician Alexei Navalny.

In the same questioning, however, the German foreign minister was also asked about the Assange case — and responded in a far less combative manner. Maas asserted that the German government had no information to suggest "violations of international law in either the accommodation or treatment of Julian Assange."

According to Melzer, this is clearly wrong, because a year earlier he himself had given the government just that. He writes that on November 26, 2019, he personally visited the Foreign Ministry and explained the most important violations of international law.

Reporters Without Borders: Press freedoms under pressure in pandemic

A new report says that while press freedom around the world has been restricted during the coronavirus pandemic, journalism continues to be a tool against misinformation.