UN rapporteur on Assange: ′The US is trying to criminalize investigative journalism′ | Europe | News and current affairs from around the continent | DW | 28.12.2020 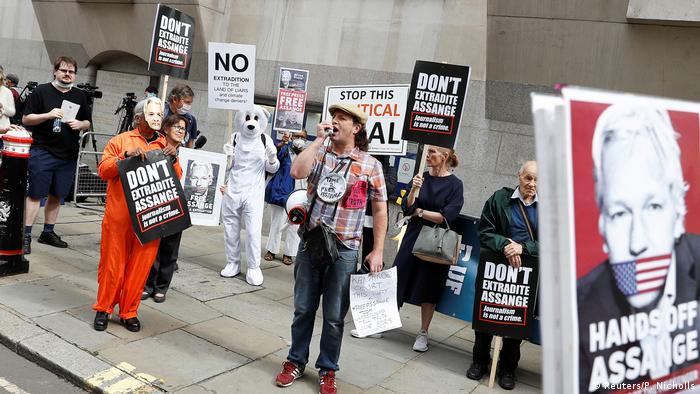 Many activists believe Assange should not be extradited to the US

DW: After four weeks of hearing evidence in the extradition trial against Julian Assange, Judge Vanessa Baraitser is going to deliver her verdict on January 4. You have followed the case of Julian Assange closely. What's your take on the proceedings?

Nils Melzer: The legal proceeding in itself is not respecting the basic standards of human rights, of due process and the rule of law. Already, the motivation behind the extradition request is not in compliance with basic legal standards, with the protections of freedom of the press and so on. Julian Assange is being prosecuted by the United States for espionage, just because he practiced investigative journalism. 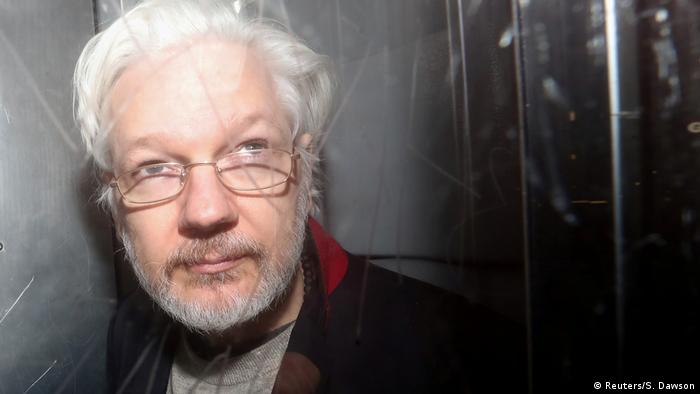 Assange is awaiting a UK judge's decision about whether he can be sent to the US to face espionage charges.

Why were the Wikileaks releases important for the public?

Because they contained clear evidence for corruption and war crimes and other criminal conduct.

In essence, the United States is trying to criminalize investigative journalism. That's the purpose of the extradition request, nothing else.

And the British system, unfortunately, is in collusion with the United States. What we see is that the British are systematically depriving Julian Assange of his fundamental rights to prepare his defense, to have access to his lawyers, have access to legal documents. They put him in solitary confinement, where he has no access to his family and to visitors and where he psychologically erodes to a very regressive state — as anyone would in prolonged isolation — and without any legal basis to do that. 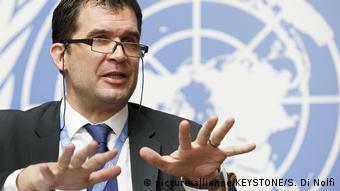 Nils Melzer, the UN's special rapporteur on torture, believes Assange is not receiving a fair trial

You visited Julian Assange in May 2019, about a month after his arrest, after living in his asylum in the Ecuadorian Embassy for seven years. What was the state of his health at the time?

He wasn't in good health. I took two specialized doctors with me, people who had worked with torture victims for 30 years, a psychiatrist and a forensic expert. Both of them came independently to the conclusion that Assange showed all the signs typical for victims of psychological torture: intense anxiety, chronic stress syndromes that had already deteriorated his cognitive capacity and neurological functions, and that was already measurable at that time.

And he had suffered severely because of the constant threat of being extradited to the United States trying — and knowing what kind of political trial and inhumane sanction would expect him in the United States.

National security defendants in the US don't receive a fair trial. They're being tried behind closed doors based on secret evidence, that the defense has no access to and by a jury that is inherently biased, because they're selected from a population the majority of which is government friendly around Washington, DC. It is well known that, at the espionage court in Alexandria, Virginia, no national security defendant has ever been acquitted.

Then these people are being detained under this special detention regime, which is called special administrative measures, which essentially means total isolation for years: You can't speak to anybody. Even if you're let out for 45 minutes a day to have a walk, you're being let out from one concrete box to another concrete box where you're alone walking in circles. This type of detention regime clearly amounts to torture and other cruel, inhuman or degrading treatment. That is not just my opinion; it's the opinion of Amnesty International, of my predecessors, of any serious human rights organization in the world.

So this is the threat scenario, that Julian Assange has been confronted with for the last 10 years. And that has had a very deep effect on his psychological stability. He wasn't in solitary confinement at the time. He was in an individual cell. But he was able to speak to other detainees once or twice a day. Just about one week later, he was moved to the health department where he was soon put under complete isolation. This regime was only relaxed for the beginning of the trial in February, but was immediately tightened again with the outbreak of COVID. In effect, he has been in solitary confinement for all intents and purposes for more than a year now.

You have taken his conditions in prison and taken it to the British authorities. How did they react to your criticism?

I confronted the British authorities with my assessment of the illegality of his detention in the first place and urged them in no case to extradite him to the United States.

I also confronted the government with the information I got about the procedural violations in the British courts. (...) Assange's lawyers could not visit him for six months because of Covid, but had to work with short phone calls. And on the other side, you have the United States with unlimited resources and armies of lawyers preparing the case against him. This is clearly a violation of due process.

The British reacted with indignation, that I dared to criticize what they were doing. But they refused to prove me wrong, or to otherwise enter in a constructive dialogue with me. Instead, they simply don't respond to my interventions anymore. I also intervened just a few days ago, calling for Julian Assange to be at least moved to house arrest for the rest of the extradition proceeding. But there has been no response.

House arrest would be absolutely possible. They did it with Augusto Pinochet. The former dictator of Chile was in extradition detention in London for 18 months. But he was not put in a high-security prison, but accommodated in a villa under house arrest. He was even visited by the former prime minister [Margaret] Thatcher, who brought him whisky. He had a very privileged existence.

It is important to understand that, in extradition detention, you are not to be treated as a criminal. You are just detained so you cannot escape in case you will end up being extradited. That Julian Assange is being put in a high security prison with extremely severe restrictions on his private and professional life and procedural rights is completely disproportionate.

It's unnecessary, there is no legal basis to do that. The intent is clearly to intimidate other journalists, to silence him so he cannot do his journalistic work, which he clearly is entitled to exercise freely.

Nils Melzer is the human rights chair of the Geneva Academy of International Humanitarian Law and Human Rights. He also teaches international law at the University of Glasgow, UK. He has served as UN special rapporteur on torture and other cruel, inhuman or degrading treatment or punishment since November 2016.

Free speech activist Julian Assange is one step closer to being extradited to the US, where he is likely to face espionage charges for releasing information on US wars in Afghanistan and Iraq.