The WikiLeaks founder is serving a 50-week sentence in the United Kingdom ahead of an extradition hearing in February. He is wanted by the United States on espionage charges related to his work. 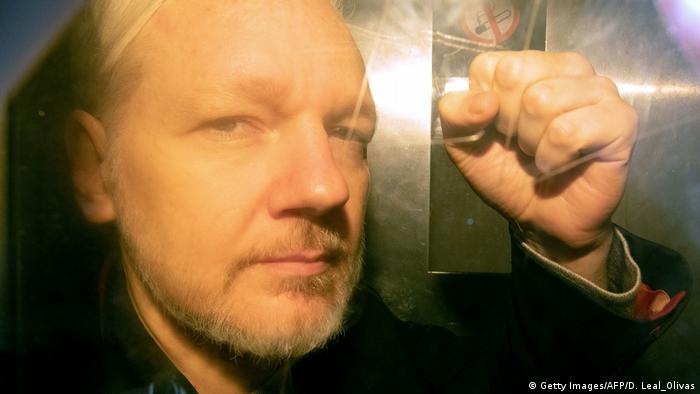 More than 60 doctors have written an open letter saying that Julian Assange's health has deteriorated so much that the WikiLeaks founder's life is in danger inside a British jail.

The 48-year-old Australian citizen is currently serving a 50-week sentence in a top-security prison outside London for jumping bail. He is to fight extradition to the US, where he is wanted for violating the Espionage Act in connection with WikiLeaks' publishing of classified documents, after having served this sentence. If found guilty, he could end up receiving a 175-year sentence in a US prison.

The medical experts wrote to British Home Secretary Priti Patel saying they had "concerns about Mr. Assange's fitness" to go through the hearing, which is set for February next year.

"Mr. Assange requires urgent expert medical assessment of both his physical and psychological state of health," the doctors agreed in the letter, released on Monday.

"Were such urgent assessment and treatment not to take place, we have real concerns, on the evidence currently available, that Mr. Assange could die in prison. The medical situation is thereby urgent. There is no time to lose."

Last week, Swedish prosecutors announced they were dropping an investigation against the WikiLeaks founder, who had been accused by two women of assault in Stockholm in 2010.

The WikiLeaks founder is appearing in court for jumping his UK bail and in relation to possible extradition to the US. This has raised alarm, but doesn't seem to concern the German government. (01.05.2019)