The London Ecuadorian Embassy's security firm has been accused of spying on Wikileaks founder Julian Assange on behalf of the CIA. The report by newspaper El Pais triggered an investigation by Spain's National Court. 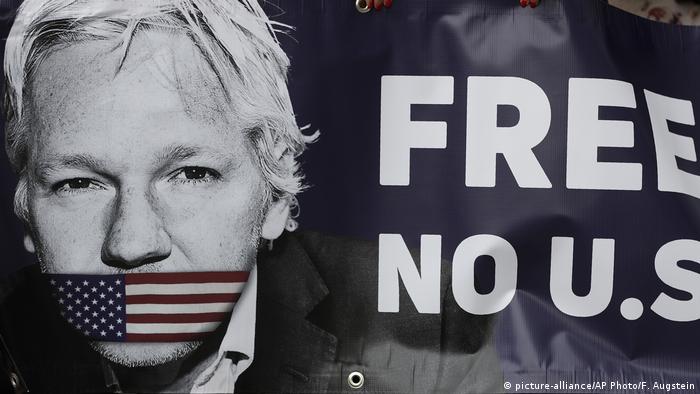 The firm, which was responsible for providing security to the embassy, is said to have delivered the audio and video surveillance to the United States' Central Intelligence Agency (CIA).

The revelations were part of an investigation by El Pais, but Assange himself had also previously made the claim that he was being watched.

El Pais said the evidence it uncovered led Spain's National Court to formally open an investigation into the matter.

According to the report, Undercover Global owner David Morales allegedly directed the surveillance and was personally responsible for making a deal with the CIA.

Morales is reported to have asked employees to keep his firm's collaboration with the US secret.

The firm also put surveillance systems in the embassy's female toilets, a place where Assange's lawyers would meet amid fears that conference rooms were bugged.

A streaming system was also allegedly installed, which would allow US officials to directly access Assange's meetings in real time.

One of those meetings featured a discussion between the Wikileaks founder and Ecuador's secret service chief, Rommy Vallejo, where the two discussed the possibility of smuggling Assange out of the embassy and enabling passage to another country through a diplomatic passport.

El Pais said that Assange's bedroom was not bugged, as employees of the firm worried their activities could be more easily uncovered there.

While the Spanish newspaper did not specify an exact timeline for the surveillance, it alleged that the spying activity increased after current Ecuadorian President Lenin Moreno took office.

"There is a criminal case under investigation at the National Court but it is being conducted in secret ... and we cannot say anything about what is being investigated beyond what has been leaked" Assange's lawyer Aitor Martinez told AFP news agency.

Martinez said the leak "probably came from employees at the firm."

Neither Undercover Global nor its owner have commented to the press about the allegations.

Julian Assange moved into the Ecuadorian Embassy in 2012, fleeing what he said was a politically motivated extradition order from Sweden. He was being sought for questioning over a sexual assault accusation.

He lived there for seven years. In April, after tensions rose with the Ecuadorian government, the Wikileaks founder was kicked out of the residence and arrested by UK authorities.

The 47-year-old WikiLeaks founder faces charges in the United States under the Espionage Act. The UK must now determine whether he can be extradited to the US to stand trial. (14.06.2019)

The ruling complicates the process for Swedish prosecutors to request the WikiLeaks founder's extradition. Assange's lawyer has called it a "big victory" as his client tries to clear his name over rape accusations. (03.06.2019)