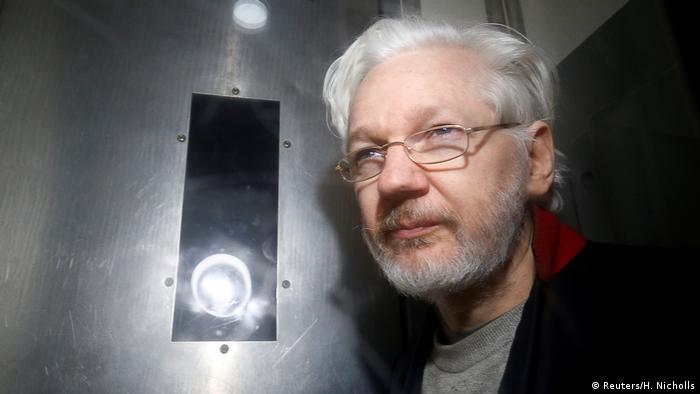 Julian Assange is an Australian editor, publisher, and activist who founded WikiLeaks in 2006

Julian Assange is regarded by many as a hero who uncovered war crimes and corruption and is the father of modern investigative journalism, having dealt with huge amounts of leaked data. But others see him as a traitor, an enemy of the state, an accomplice to Russian President Vladimir Putin, perhaps the man responsible for Donald Trump's 2016 election as president of the United States — or all of the above. 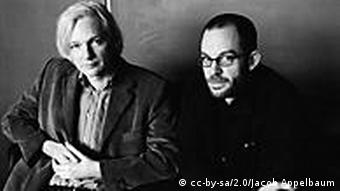 His disgruntled former employee Daniel Domscheit-Berg once characterized Assange as "brilliant, paranoid, and obsessed with power" and accused him of turning WikiLeaks into an "ego trip" that he had "tied too closely to himself and his belligerent personality."

German magazine Der Spiegel quotes Assange as saying "When you are much smarter than the people around you, you develop an enormous ego — and you get the feeling that any problem can be solved if you put your mind to it."

Assange's alleged paranoia, in turn, has proven justified. Since 2010 he has been on a "Manhunting Timeline" list of US intelligence agencies, the online publication Intercept reported, citing secret documents leaked by Edward Snowden. These mention extensive intelligence operations whose goal is to investigate, stop, or at least damage WikiLeaks.

Just when Assange was at the pinnacle of his fame, his reputation was massively damaged for the first time. It was the summer of 2010 and the release of the "Collateral Murder" video had made WikiLeaks a household name around the world. With the "Afghan War Diaries," Assange became a recognized figure in journalism.

Then, on August 21, 2010, the Swedish tabloid Expressen reported that Assange was the subject of rape allegations. This became the basis of an investigation that would go on for years — although no official charges were ever brought against him.

The accusation came from two women who walked into a Stockholm police station. Assange, who has a reputation for promiscuity, had sex with both of them during a visit to Stockholm in August 2010. One woman said he tampered with a condom during sex, while the other accused him of having sex with her while she was asleep.

Assange said he was not concerned about any proceedings in Sweden, but believed the Swedish allegations were designed to discredit him and were a pretext for his extradition from Sweden to the United States.

Günter Wallraff, a renowned German investigative journalist, told DW that there had been a "character assassination" against Julian Assange.

"He has been accused of the worst thing you can accuse someone of in an enlightened society: rape," he said. The accusations against Assange were contrived to make the man who had uncovered so much a persona non grata, Wallraff believes, citing research by the UN Special Rapporteur on Torture, Nils Melzer. 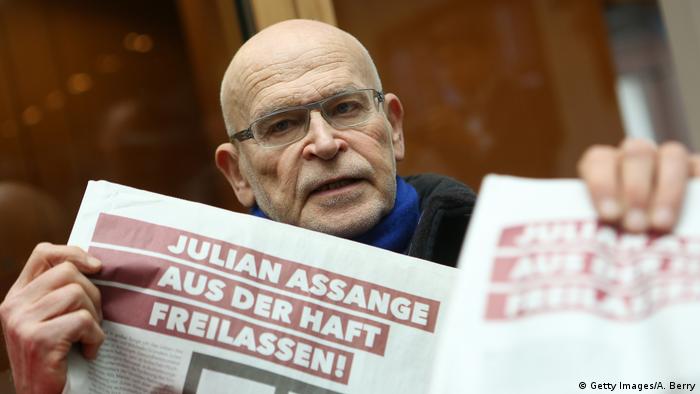 Melzer, a Swiss professor of international law, speaks fluent Swedish. As such, he has been able to inspect a wealth of original documents. In an interview with the Swiss publication Republik, Melzer raised accusations against the Swedish authorities in early 2020 for the first time, arguing that evidence had been manipulated for political reasons.

Criticism of supposed links to Moscow first emerged in 2012. Julian Assange continued his journalistic work, initially under house arrest and then as a political refugee in the Ecuadorian embassy in London because of the Swedish extradition request that was later filed.

He produced a political talk show called "The World Tomorrow" with his own company, Quick Roll Productions. The client was Russia's state-owned foreign broadcaster Russia Today. The first interview guest was Hassan Nasrallah, head of the Shiite Hezbollah in Lebanon, via video link. It was the first international interview with the controversial Hezbollah leader in six years.

But was it a scoop? In Germany, there was a barrage of criticism. The main criticism leveled at Assange was that he was too uncritical of Nasrallah.

He was also criticized by the New York Times and the Guardian, whose former Moscow correspondent Luke Harding called him a "useful idiot" of the Russian propaganda machine. The BBC, in turn, focused on the mediation offers Nasrallah had made for the Syrian Civil War. 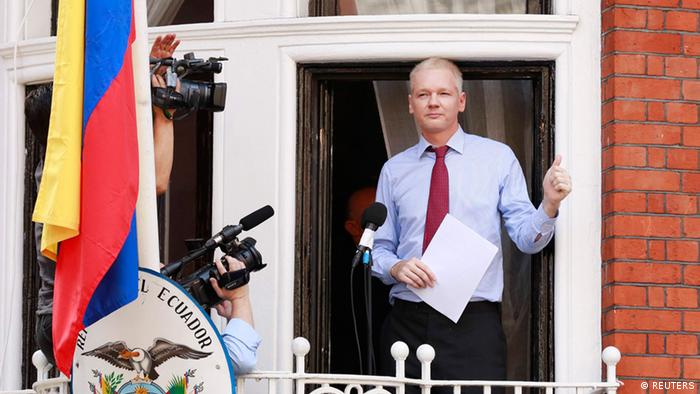 In the middle of the 2016 US presidential campaign, WikiLeaks published tens of thousands of emails from Democrats, including their presidential nominee Hillary Clinton. These not only damaged Clinton's election campaign against Donald Trump, but also Julian Assange's reputation, according to investigative reporter Wallraff.

In this case, public interest in the information was relevant, showing some of the irregular influence of the Democratic party leadership in favor of Hillary Clinton to the detriment of Bernie Sanders in the primaries.

Wallraff says accusations of Assange's closeness to Russia are undermined by WikiLeaks publications on Putin or human rights violations in Russia.

Andy Müller-Maguhn, former spokesman for the Chaos Computer Club, said he visited Assange almost every month during his time in the embassy in his capacity as chairman of the Wau-Holland Foundation, which campaigns for freedom of information. Regarding Assange's stance on the US election campaign and specifically Hillary Clinton, Müller-Maguhn reports "extremely critical disputes about which comments are still in the spirit of journalism and freedom of information and when it starts to relate to personal disputes."

But Müller-Maguhn also told DW he can understand Assange's position. "Hillary Clinton has said publicly several times that he should be killed with a drone," he said. "She was secretary of state when he published the embassy dispatches in 2010, the Afghan and Iraqi war diaries. Whether this woman became president was a question of life and death for him. You can't blame him for what he did."

Clinton denied she ever made the comment about wanting to kill Assange with a drone, and media fact-checkers have described the alleged remark as a rumor.