Julian Assange: UK court weighs extradition of WikiLeaks founder to US | Europe | News and current affairs from around the continent | DW | 07.09.2020

Julian Assange could face 175 years in prison for releasing classified documents and publicizing how US military forces killed civilians. The WikiLeaks founder's extradition hearing resumed in London on Monday. 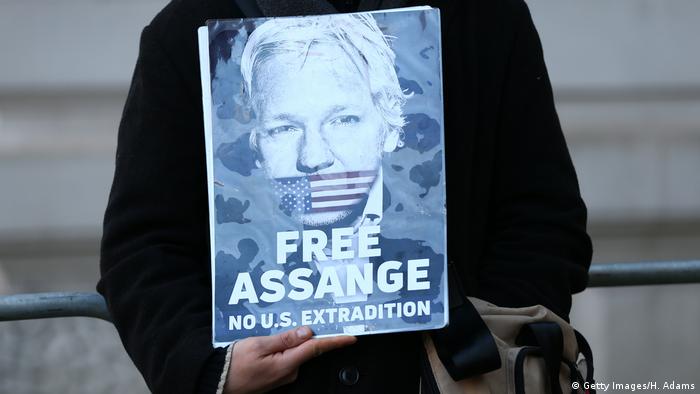 There are at least eight prisons in London. To accommodate Julian Assange, the British judiciary has selected Belmarsh. The maximum-security facility in the east of London was built to house terrorists and felons. Conditions inside Belmarsh are considered harsh enough that the BBC has compared it to Guantanamo Bay.

Assange's prison cell opened Monday morning and the founder of the WikiLeaks whistleblower platform was transferred to a courtroom in London's Central Criminal Court, the Old Bailey, where his fate will be determined over the next three weeks. Will the 49-year-old be extradited to the US judiciary? If convicted in the United States, he could face a sentence of up to 175 years in prison.

Heike Hänsel, a member of Germany's lower house of parliament, the Bundestag, is attending the extradition hearing. The Left Party deputy parliamentary leader lamented a "politically motivated trial targeting an investigative journalist" and extraterritorial persecution of a "journalist on European soil who worked as a journalist in Europe."

Assange has won numerous journalistic awards, but he has also made powerful enemies. That much became clear by July 2017, when Mike Pompeo called WikiLeaks a "nonstate hostile intelligence service." That statement was made during Pompeo's first public appearance as CIA director, a little more than a year before he became US secretary of state. Jeff Sessions, then the US attorney general, said in April 2017 that arresting Assange was "a priority." 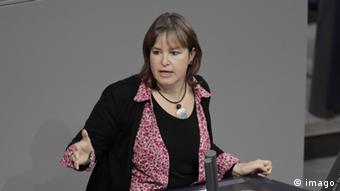 Assange was wanted because, in 2010, WikiLeaks had published around half-a-million classified US documents about the wars in Iraq and Afghanistan, including documentation of suspected war crimes committed by US troops. An example is a video labeled "Collateral Murder," which made WikiLeaks famous overnight in spring 2010. The footage showed how civilians in Baghdad, including two Reuters journalists, were shot from two Apache helicopters.

In 2011, Wikileaks allowed unflattering insights into US foreign policy when it published more than a quarter-of-a-million US diplomatic embassy cables, which were also classified.

Christian Mihr, the director of Reporters Without Borders Germany (RoG), said he is convinced that Assange "has paved the way for journalism's handling of large amounts of data today." Mihr told DW that Assange had, as founder of WikiLeaks, published information that was of enormous importance for the global public. "This is why RoG takes a stand for Julian Assange — without compromise," Mihr said.

Circumventing the rule of law

The Assange case saw a circumvention of the rule of law, according to Nils Melzer, the UN Special Rapporteur on Torture.

"Assange is not granted what is a matter of course — even for the worst war criminals, for example in The Hague. He is not given access to his American lawyers. He has very limited access to his British lawyers and almost no access to legal documents," Melzer, who is also a professor of international law at the University of Glasgow, told DW. "Those are very grave procedural violations which are absolutely unnecessary and unjustifiable."

In addition, Assange's right to private communication with his lawyers was violated during his stay at the Ecuadorian Embassy in London. That is one of the findings of a lawsuit in Madrid, where the former owner of Spanish security firm Undercover Global (UC Global), David Morales, had to stand trial. The trial established that Morales, who was paid by Ecuador's government to protect the embassy, had a second employer from the US, on whose behalf he installed bugging devices all over the embassy in order to enable spying on Assange.

In mid-August, more than 160 lawyers called for Assange's release in an open letter to British Prime Minister Boris Johnson. According to the signatories, Assange was facing a "show trial."

This appeal is just one in a long series of petitions and open letters. In July, 40 journalist associations including Reporters Without Borders, the International Federation of Journalists, and PEN International called on the British government to release Assange. Previously, more than 200 doctors from more than 33 countries had made the same demand.

In Germany, more than 130 leading political and cultural figures signed a petition calling for the release of the WikiLeaks founder early in February. They included a vice president of the Bundestag, Wolfgang Kubicki of the opposition Free Democrats, as well as former Justice Ministers Herta Däubler-Gmelin, Gerhart Baum and Sabine Leutheusser-Schnarrenberger. Sigmar Gabriel, a former foreign minister, also signed the appeal. 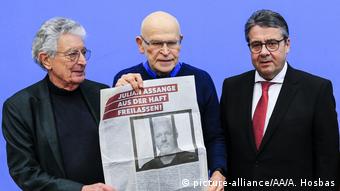 US: Assange a hacker, not a journalist

The US judiciary's strategy is to accuse Assange not as a journalist but as a hacker. The 18 counts of the indictment can be reduced to three main charges: Assange is accused of providing technical support to Chelsea Manning, who in 2013 was court-martialed for providing information to WikiLeaks in violation of the Espionage Act; of instigating Manning to provide further material; and of intentionally endangering people's lives by publishing the embassy cables.

The charge of requesting more material is, however, based on a chatroom message that can be interpreted in a number of ways. The embassy cables, in turn, were encrypted and access to the unencrypted information had only been shared with a few journalists and media outlets in order to prevent unredacted publication. WikiLeaks is accusing a British investigative journalist of publishing the password in a book, thereby providing global access to the controversial material. 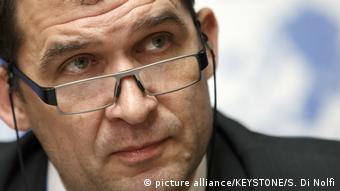 'US wants to set an example'

But Assange's actions are not the only issue on the trial in London, according to the UN's Melzer.

"Primarily, this is about the crimes of his persecutors, the involved countries: They are sidestepping the institutions of the rule of law, they are refusing to hold their war criminals and torturers accountable, and they are setting a worldwide example, according to which someone who informs the public about a nation's war crimes can be convicted of spying."

If this is forced through, Melzer warned, "It will only be a small step from rule of law to tyranny."

Adapted from German by Werner Schmitz.