WikiLeaks' Julian Assange spent seven years holed up in the Ecuadorian embassy in London. British media have reported that he fathered two children and became engaged to one of his lawyers. 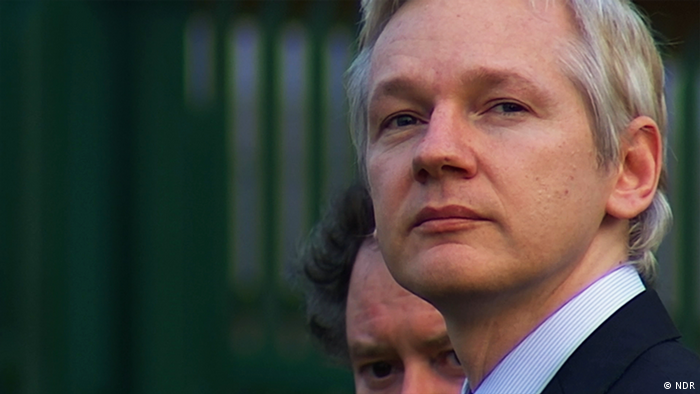 WikiLeaks founder Julian Assange fathered two children with one of his lawyers while staying in Ecuador's London embassy, a British newspaper reported on Sunday.

The news came as the imprisoned Assange attempted to secure a temporary release from London's Belmarsh prison as he believes he is at "high risk" of catching coronavirus in jail, while awaiting possible extradition to the US.

The 48-year-old Australian is allegedly the father of two boys, aged two and one, born to South African-born lawyer Stella Morris, according to the Mail on Sunday.

The British newspaper published photographs of Julian Assange with the toddlers alongside an interview with Morris, who says the pair "fell in love" and were planning to marry.

According to the report, the couple have been engaged since 2017, but Morris only chose to reveal their relationship this week because "she fears Assange's life is at serious risk if he remains in Belmarsh" prison, due to the spread of COVID-19.

Assange faces possible extradition to the US on charges linked to the release of secret files by his "WikiLeaks" movement that detailed aspects of US military campaigns in Afghanistan and Iraq.

He first skipped bail and fled to the Ecuadorian embassy in London in 2012 to avoid separate legal proceedings in Sweden, where he was accused of sexual assault and rape, charges that were later dropped.

Last month, Assange was refused bail by an English high court, where judges said the pandemic was not grounds for his release. They said Assange may make another attempt to secure bail from his high-security prison.

WikiLeaks wrote on Twitter to confirm the story, "Julian Assange's newly revealed partner, and mother of their two young children, speaks for the first time: Urges UK government to bail her vulnerable fiance amid coronavirus fears."

"I love Julian deeply and look forward to marrying him," Morris told the newspaper.

The first of the two sons was reportedly conceived in 2016. Morris had been visiting Assange in the embassy for several years to discuss legal proceedings with him.

The two boys have apparently visited their father in prison.

Former US Army soldier and WikiLeaks whistleblower Chelsea Manning was imprisoned for refusing to testify in a case investigating the organization. She was recently hospitalized after a reported suicide attempt. (12.03.2020)

The WikiLeaks founder is being held in deteriorating conditions despite his poor health, his supporters said. The signatories include a former German vice-chancellor and a Nobel Prize winner. (06.02.2020)

A court in London on Monday has begun hearing the US extradition case of Wikileaks founder Julian Assange. The whistleblower faces up to 175 years in prison if convicted. (24.02.2020)