Syrian activist on Ukraine: ′We share a similar suffering′ | Europe | News and current affairs from around the continent | DW | 05.03.2022

Syrian activist on Ukraine: 'We share a similar suffering' 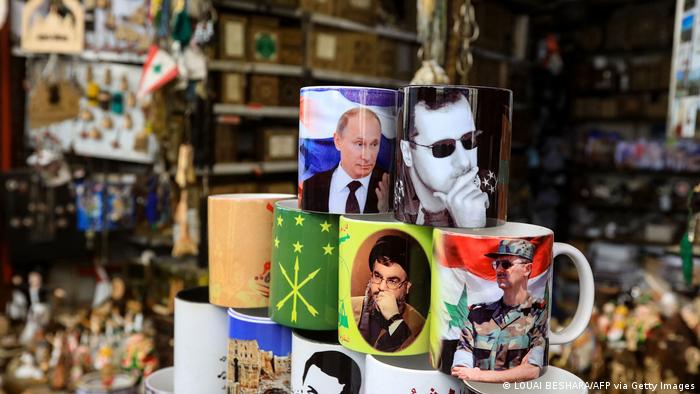 "I very much feel for the people of Ukraine," says Huda Khayti, the head of a women's center in Idlib. "It's terrible to see how ruthless Russia is also in Ukraine. Vladimir Putin does what he wants, nobody has ever set limits on him. We Syrians know what we're talking about," she explains.

She's not originally from Idlib, but like hundreds of thousands of Syrians, she became an internally displaced and had to flee several times to survive.

Khayti has often seen just how cruel the bombing raids from Putin's military can be. Back in 2018, she had to leave East Ghouta, near Damascus, because Russia, alongside Syrian ruler Bashar al-Assad, was bombing the area to the ground.

"I come from Douma and survived a poison gas attack by the Syrian regime. I know what it's like to live under a hail of bombs or to be cooped up like I did in East Ghouta," she says.

In the spring of 2018 she finally came to Idlib province. All opposition and rebel groups alike then moved into the province, which is now controlled by the Islamist group Hayat Tahrir al-Sham (HTS), which is close to al-Qaeda. 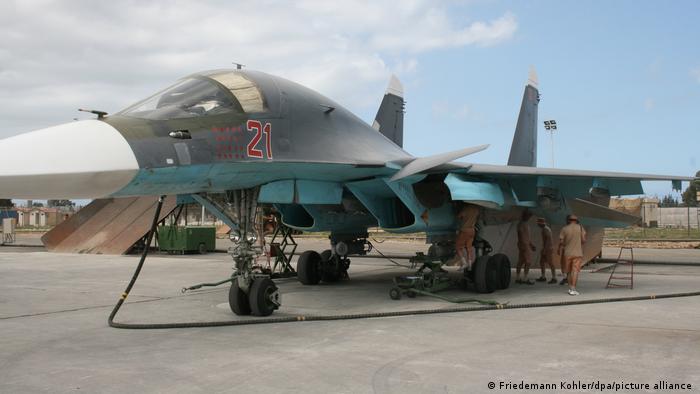 Supported by the Russian military, the Syrian Air Force has repeatedly attacked the province. Human Rights Watch (HRW) has ruled that Syrian and Russian civil and military officials are involved in war crimes because of their command responsibilities.

The scale of the destruction in Syria would not have been possible without the Russian President's military support for al-Assad. In 2015, it actually looked like he might be losing the war, but that same year, Moscow intervened at the request of the regime in Damascus. Unlike the invasion of Ukraine, Russia's intervention was therefore not in breach of international law.

Nevertheless, rules governing war were consistently violated: together with its allies in Iran, Russia and the Syrian government attacked hospitals, schools and markets in order to recapture areas from al-Assad's opponents.

The use of barrel bombs, cluster munitions and vacuum bombs, which violate international law, has been thoroughly documented.

A UN report released in 2020 investigated various atrocities in Syria and concluded that Russia's military was directly implicated in war crimes by indiscriminately bombing civilian areas. But neither al-Assad nor Putin have faced serious consequences.

As a permanent member of the United Nations Security Council, Moscow has blocked at least 16 resolutions on Syria. This has prevented crimes committed by the Syrian regime from being referred to the International Criminal Court in The Hague.

"All the events in Syria should have raised the question of how far it is possible for a permanent member of the UN Security Council to be able to decide over a war it is itself involved in," says Bente Scheller, director the Middle East and North Africa Department of the Heinrich Böll Foundation. According to Scheller, this setup is outdated and a different format is needed. But so far, all attempts to restructure the UN Security Council have failed.

Has the West looked the other way in Syria? "No," says Scheller, explaining that it didn't ignore these crimes — but also couldn't get itself to act. When Western countries eventually decided to intervene militarily in Syria, it was more about fighting the "Islamic State" (IS) terrorist group than protecting the population.

Could we have learned from Syria? "Yes," believes Khayti. "Due to the inaction of the international community in Syria, Putin was given the green light to take brutal action elsewhere."

Putin's army has already bombed civilian facilities in Ukraine. According to HRW, cluster bombs have also been used there, just as they were in Syria.

Whether propaganda wars, the use of brutal mercenary groups or war crimes, "Putin was able to try out his weapons and warfare technology in Syria," says Scheller. "These are all precursors from which he was able to draw the lesson: He has nothing to fear from the West."

Even if crises and wars are not always comparable, says Khayti, "I wonder whether an attack of this kind on Ukraine would have been possible if the world had previously taken a more determined stand against Russia's interference in the Syrian war."

Hope that tide will turn against Russia

She is relieved that the Russian government is now being met more harshly, at least with regard to Ukraine. "I wish that the Ukrainians would be spared years of suffering," says Khayti. 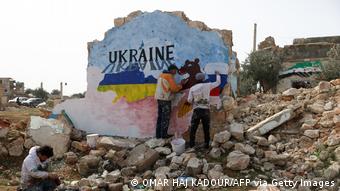 Many Syrians would like a direct channel to the Ukrainians, she explains, to tell them, for example, how best to protect themselves. Some would even like to fight alongside the Ukrainians against the Russian military, she says. "We share a similar suffering. We know better than anyone else in the world what Ukraine is going through right now."

But there also is a stale aftertaste for Khayti. "There have not been such harsh sanctions in so many years of war in Syria," says the women's rights activist. She also points to the sometimes different treatment of refugees in Europe. "There seems to be something like first-class and second-class refugees."

She hopes that the fate of Syrian refugees will also be taken very seriously: there are still people drowning in the Mediterranean, or freezing to death at European borders or stuck in makeshift camps in Greece for years.

Still, there are hopes in Idlib that the tide could turn against Russia's government in both Ukraine and Syria.